Emperor Vilihame Jehen is possibly the most famous human in the world. His empire, though no longer as great as it once was, still encompasses the greater swathe of human civilisation along the western shores of The Azure Sea.   Despite his advancing years, Vilihame is still an imposing presence and dominates most rooms, and he is well regarded by most citizens of the Cerulean Empire (though certainly not all).   In his earlier years Vilihame was often travelling and could be seen by the common-folk, but recently he has curtailed such journeys, and spends most of his time at Castle Teraknian.   In his youth Vilihame was a great sailor, and had designs on becoming the chief admiral of the Imperial Navy. However, upon the sudden death of his father Hildebrond Jehen by an accident at sea, he was thrust into the role of Emperor at the age of only sixteen. He has now been Emperor for 51 years.   Most of the citizenry agrees that he has done a good job during that time. He mainly finished the work done by his grandfather Ogerius Jehen and reclaimed the Tynamore Reef for the Empire, though the outlaw city of The Styes remains a thorn in his side.   Still, the policy of gentle expansion has been a relative success, with both the Amber Coast region and the town of Seaton re-joining the Empire during his reign.   Vilihame has been married to the Empress Consort, Imania Jehen, for the last 32 years, and they have two sons, Myghyl Jehen (27) and Tibost Jehen (23), and a daughter, Aveline Jehen (19).

Tall, broad shouldered, and with piercing blue eyes and a neatly trimmed white beard, Vilihame is a striking person. His clothing is almost mage-like, with influences of sea-travel, and he always wears a deep blue. He walks confidently upright and proud with his hands behind his back.

Vilihame's policy of quiet expansion has reaped dividends, and the Empire has grown under his leadership, in all directions save that of the Fearwyd Weald. The Empire is once again becoming a force to be reckoned with, and the raids of the Sea Princes have become less common, at least close to shore. His greatest achievement is probably the stability that he has brought to he lives of the citizenry, and he now wishes to expand that stability further along the coast towards the towns of Saltmarsh and Burle.   Vilihame is said to have a great friendship with Senia Kiren of the Cartographers' Guild of Keymouth. They travelled together often during his youth, and he was even present when she made her famous journey through the Kraken Straits. 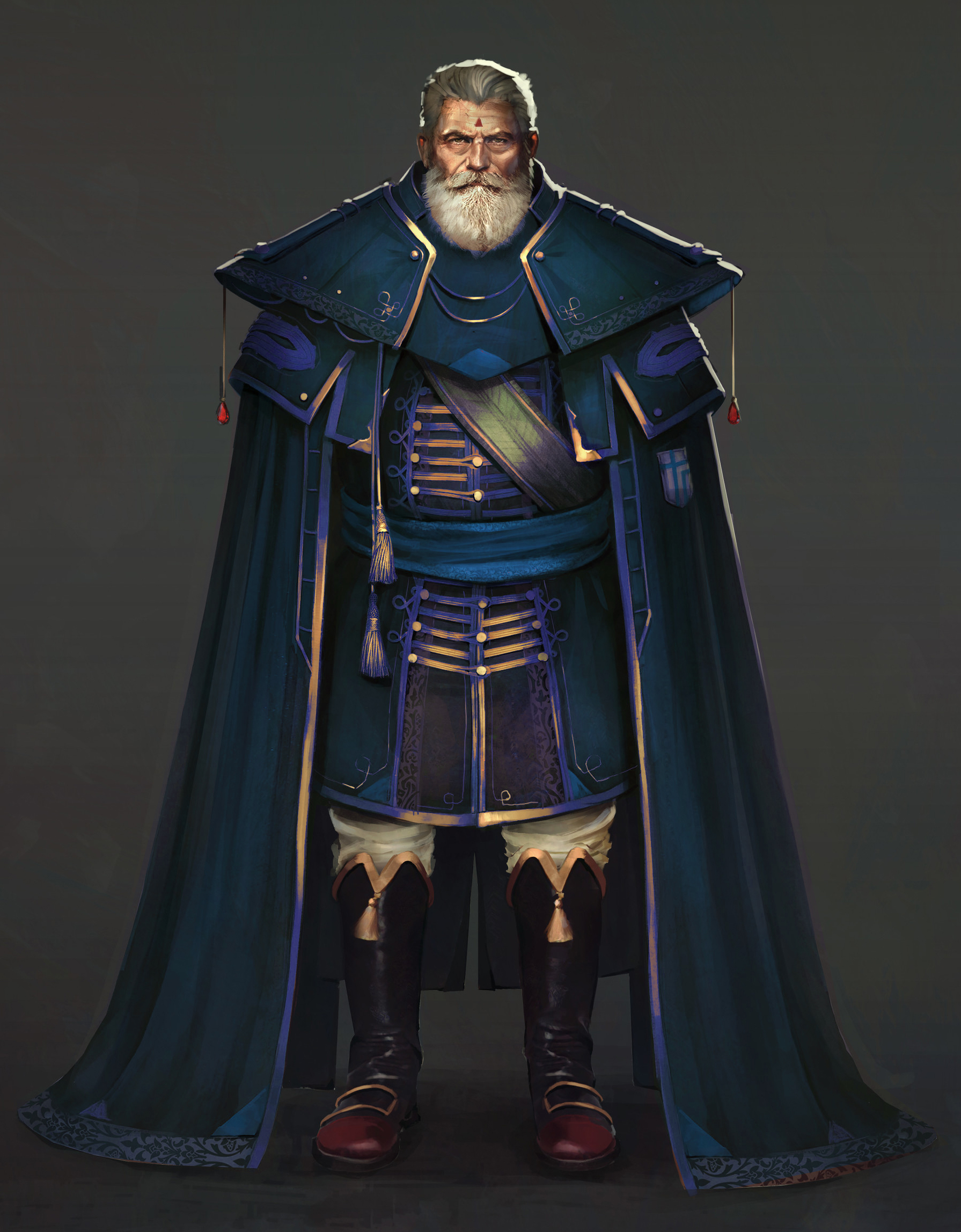 About the Artwork.
Whilst I am responsible for some of the artwork on this website (mainly some symbols and many of the maps), I can take no credit for the majority of the splendid art to be found here. Where possible I have credited the relevant artists. However, despite diligent searches it has not been possible to find the original artists for many pieces. If you recognise any of the art here and it is uncredited please contact me and I will rectify the situation.