The Azure Sea    Locations    Seas and Oceanic Features      Kraken Straits
The Kraken Straits are an area of water that lies on the southern edge of The Azure Sea, leading out into the waters of The Great Deep. It is considered one of the most dangerous passages of water in The Known World.   This reputation does not come from the terrible might of the ocean itself, from storms, or volcanic eruptions, as is the case with the Calacian Maw far to the east. In fact, the Kraken Straits are known for being some of the stillest waters in the world.   A huge underwater forest of giant floating seaweed, known as the Sargassum, hides not far below the surface at the northern entrance to the Straits. This seems to have a strange effect on the ocean currents, bringing them to an almost complete stop.   Additionally, all weather seems to simply cease once one has passed into the Straits. Few clouds, no rain, and absolutely no wind form an area known as the Doldrums that make it difficult for large ocean-going vessels to cross. Scholars believe that the winds of the The Azure Sea meet the winds of The Great Deep in this region, and simply cancel each other out.   These still waters run deep however, and something is said to lurk in their depths. Something that drags unwary sailors down to their deaths, and in a place with no current or wind it is nigh on impossible to escape!   The Straits have been successfully crossed on a few occasions however, by well-prepared crews in oar-driven vessels. The explorer and cartographer Senia Kiren is said to have been the first person to have successfully navigated the Straits. 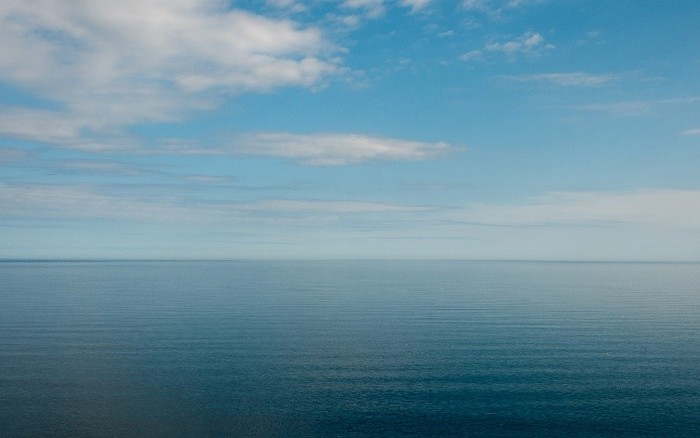 Cover image: Ocean by Unknown
This article has no secrets.