A Day in the Caloris Basin

by Annie Stein
On Earth, we think of a day as one rotation around the sun. Because our planet spins so much faster around itself than it does around the sun, one rotation is the same as one solar day. This is not the case on Mercury. Mercury takes 58 days to rotate around itself. You might think this means a Mercurian day is 58 earth days. This is true for one definition of day (the time it takes for a planet to complete a rotation) but not if you mean day in the colloquial sense, where it's one full day and night cycle. A full day and night cycle takes 176 days, or three rotations. Confused? Let me explain.   Mercury's orbit is, to put it mildly, odd. It makes sense that it has the fastest orbit out of any planet (88 days) as it is the closest to the sun, but not only is the orbit the most eccentric of all the planets in the solar system, with a perihelion of 46 million km and an aphelion of 70 million km, for every two orbits the planet spins around itself three times. This means that for every two Mercurian years, there is one Mercurian solar day. But wait, you might say. How does three spins and two orbits make one solar cycle?   To help understand and visualize the orbit and rotation of Mercury, we're going to follow the Caloris Basin through a Solar Cycle. The Caloris Basin is the hottest spot on Mercury, as they are directly under the sun at perihelion. We will be starting during noon, since that is when the Caloris Basin are at perihelion. Bear with me on that. 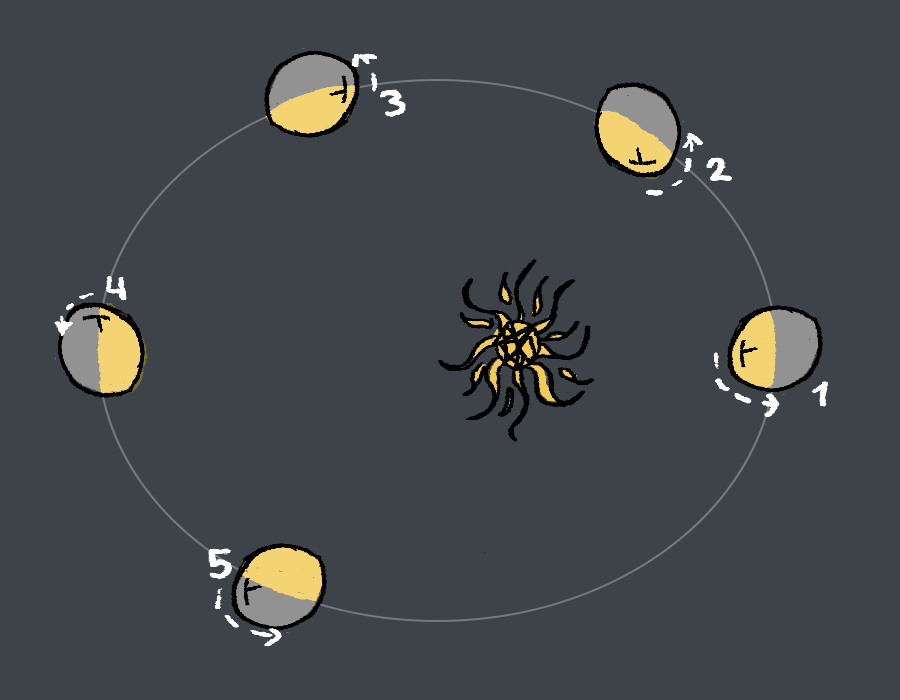 We begin at noon in the Caloris Basin (1). This is an especially interesting part of the solar cycle, as the sun begins to travel eastward in the sky. This is because Mercury's orbit speeds up closer to the sun. However as we leave perihelion, the sun stops, and then resumes it's normal westward path across the sky by the time we have made our first quarter rotation (2). I believe this is the point at which the temperature of the Caloris Basin peaks, as the long noon has had plenty time to warm up the surface.   Mercury has completed three quarters of a rotation (4) by the time the Dusk Phase begins. As we complete our first rotation (5), the Caloris Basin enters the Noctural Phase. 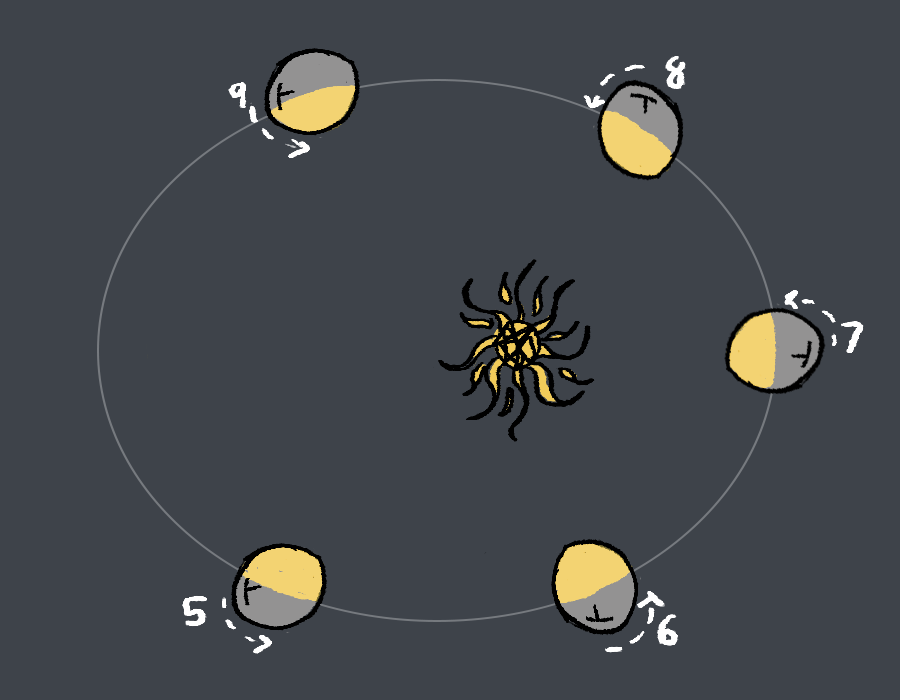 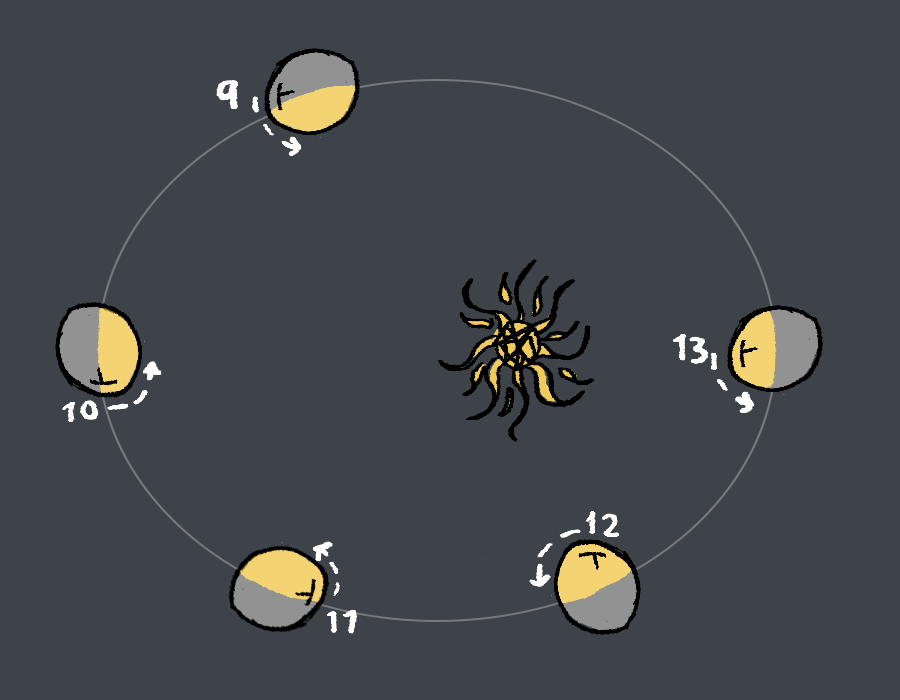 Mercury's third and final rotation of a Solar Cycle starts at the end of the Nocturnal Phase. The Dawn Phase begins around a quarter into this rotation (10), and ends as Mercury is halfway spun (11). Things quickly heat up as the Caloris Basin turn to face the sun once more (12), and soon an entire Solar Cycle is complete.
This article is a stub . It will be expanded upon later.

Fun fact, this is actually how a solar day on Mercury works in our real world. It took me a while to wrap my head around how it works, and I hope this explains things well.

Shit sounds weird, y'all. O_O I can barely follow, but it makes sense.

Oh yeah, it's really weird! I tried my best to make it digestible. In the end, the thing you need to know is that Mercurian days are really, really long. How exactly it works isn't as important.

This is really well explained, you did great work with that article!

I'm glad to hear it! Thank you!

Best kind of world building where you even learn something!

Right! Thank you! I'm glad it was educational!