Frehghan is a man of Paràntii descent, who joined the The Crystal Circle after receiving guardianship of the Crystal of Fire from his Master.   In 510 AFD, he would adopt the Kyadii cub Farynna who would later choose to become his servant.

On Crystal Mages and Age

The one common factor of all the Elemental Crystals was that they both extended the life expectancy of the Guardian and pushed the boundary on their "vigour" levels. So, despite being 88 years old at 553 AFD, the only real signs of Frehghan's age was wrinkling of the face and a slight stoop. He was still physically active and capable and his mind remained sharp. All Crystal Mages were mortal but, assuming death was not forced on them, they could live past 120 years old quite comfortably.

While Frehghan only had had small input into the design and construction of The Lens that sat atop Crystal Circle Tower, he was tasked with its "power" upkeep. This was a daily imbuing of it with a shard of his own Elemental Essences, which worked to extend its already impressive range. Due to this, it was rare for another Mage of The Crystal Circle to use the Lens, however Farynna had been both officially trained and supplemented this with experience of using it and through extra study around her other daily duties.   It should be noted here that Frehghan had observed that Farynna had appeared capable of harnessing The Lens's fullest range without the same ritual he himself had to undergo. Documents later found in the Crystal Circle Tower also suggest that she was unaware of this at the time.

Frehghan, having either lost direct family to the forces of Nature, or through lack of contact no longer had any biological family he was aware of. However, he secretly saw his servant Farynna as an adopted daughter and gave her what priviledges and teaching he could without seeming to favour her over Klor'asq. 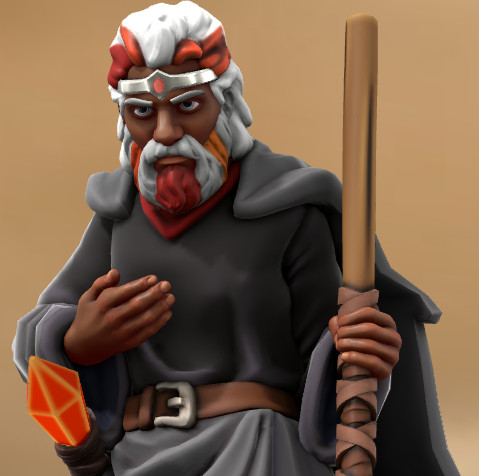