Caring for the unfortunate and downtrodden masses is not our duty. We are faced with the daunting task of safeguarding mortal lives. Do not stand in the path of the righteous and faithful and pure. For you too shall be driven before the sight of great Agusten.
You have been warned. You are being watched. You shall be judged.
All pay their rightly sum.   St. Albertius Magalis,
Founder of the Inquisiton


The Inquisition is the executive arm of the Andorian Church, used to combat all that is heresy and evil in the eyes of the church and falls outside the realms of peace. It's members are trained in dealing with necromancy, curses, magical afflictions and other forms of wrong doing. The organization operates in the empires of Ader and Osternfell, as well as holding a few positions in some of the Free Cities.

The Inquisition has a very clear and rigid structure. The professional forces, the Venatores, operates with flexible, yet organically grown squads, joined by commanding officers who move through a different branch. In cases of long deployment, a squad of Venatores may rotate through several commanding officers but rarely change the core members of the team.

The inquisition has no formal legislative body and most of its laws are open to interpretation by the inquisitors; this is by design, as inquisitors are expected to adapt and thrive in extreme circumstances due to them dealing with unconventional threats. In rare cases, the Cardinal of the Inquisition or the Inquirer Primus may implement a new law. Prior to the War of the Cleric, said laws had to be approved by Arch Priest; however, as Kairoz the Andorian grew in power and influence so did the inquisition. Currently its members aren't subservient to the ecclesiastical wing nor its members, with the sole exception of the inquisition's cardinal answering to the arch priest.   However, even before this rise in power members of the inquisition were trialed by their superiors, keeping the occurrence of any offense and misdemeanor within the inquisition. Major offenses, or public ones, were examined by a varying number of judges, ranging anywhere from five to thirteen. Among the norms that still remain is ordained inquisitors being conceived as somewhat infallible, and can only be trialed by a body of no less than 3 of their superiors.

The Inquisition's public agenda consists of two stated goals: To uncover, punish and prevent heresy; And to elicit confessions from common folk. However, heresy is a wide term and is up for interpretation and confessions may be, and are, elicited forcefully.   Common subjects labeled as heresy include: 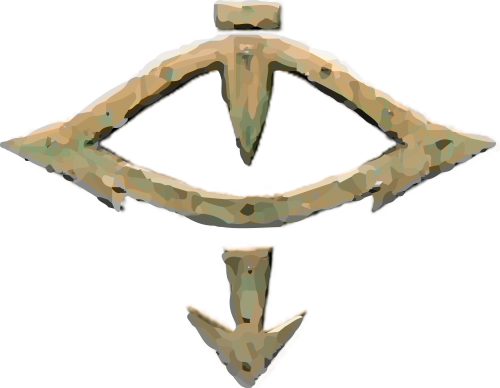