Order of the Vermilion Orchid

The Order of the Vermilion Orchid is a semi-militaristic female-only sect of the Andorian Church that venerates Invyre Half-Elven, the wife of Kairoz the Andorian. It is considered by many to be the feminine counterpart to The Inquisition.

Amongst themselves, sisters communicate via a secret language that utilizes a tetrasexagesimal system; this language can be expressed via hand gestures, or more commonly in written form over a fabric, differing in both color combinations and weaving methods.

The order's official purpose is "...to protect the faithful from the godless and the wicked... to blind those who blinded..." (Ferrus Manus Contra Haereticus, Exradico Impius, Chapter 3, "On the duty of the capable"). In practice, the sisters are highly trained assassins; in stark contrast to other assassins, their assassinations are never covert and preferabley done in public.   When carrying out such tasks, which they call executions, a group of 4-5 sisters will intercept the target and engage it and its guards in open combat; once the target is dead, its eyes are gouged out and eyelids sewn shut by the sister who dealt the killing blow. Once done, the sisters disperse in order to prevent collateral damage.

The order has its roots in a group dedicated to healing the inevitable casualties and injured stemming from the War of the Cleric and was founded by Invyre herself. However, with the escalation of the 1270's Taldirian War for Independence the order began radicalizing, and looked up to the inquisition as a model of true faith.   In 1341, Grandeur Andoriani officially legitimized the Order, in coordination with the seat of the church at Osternfel and the Emperor of Osternfel; this was done both in order to separate the inquisition's public image from executions and to unburden them of the daunting duty.

Unsurprisingly, members of the order are all religious zealots in every aspect of their lives; Sisters of the Orchid also take a vow of celibacy as they see themselves spiritually married to Kairoz.
There are only three activities deemed worthy of a sister's time:

is any activity that furthers a sister's ability to perform the other two; trivial examples include sleeping and eating, but it could also mean a sister isolating herself so she could focus on prayer or even taking a leave of absence for a few days. A callback to Invyre's profession, every "free time" a sister has is to be dedicated to weaving.

is any activity that furthers the goals of the Andorian church, almost exclusively referring to literal executions. However, the order also believes in charity work, and the vast majority of hospitals in rural areas of the dominion were established and are maintained by sisters; additionally, their monasteries function as orphanages for girls, most of whom join the order's ranks.

is any activity that aggrandizes The Four, specifically Nymm. This includes prayer and honing a sister's skill to perfection; the latter might seem to fall under "improve", but it refers to reaching a level of expertise that is far above sufficient.

Sisters of the Orchid are all physically capable fighters that dedicate their whole for a greater, divine, cause. They are Paladins of Nymm, seeing themselves as nothing more than a vessel for her fury; enemies of the church it know that facing an unarmed sister is just as bad, if not worse, than facing an armed one. 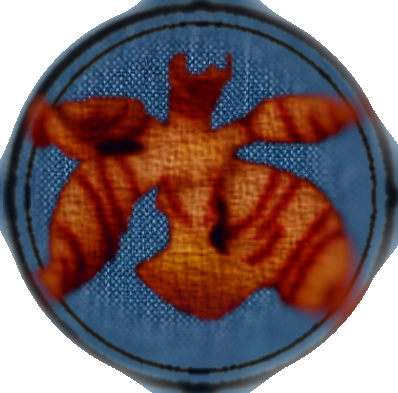 Answering: "a religious order founded or based in your world's history"
Visit rttuo's Competition Page Check all other answers to this prompt Competition Homepage