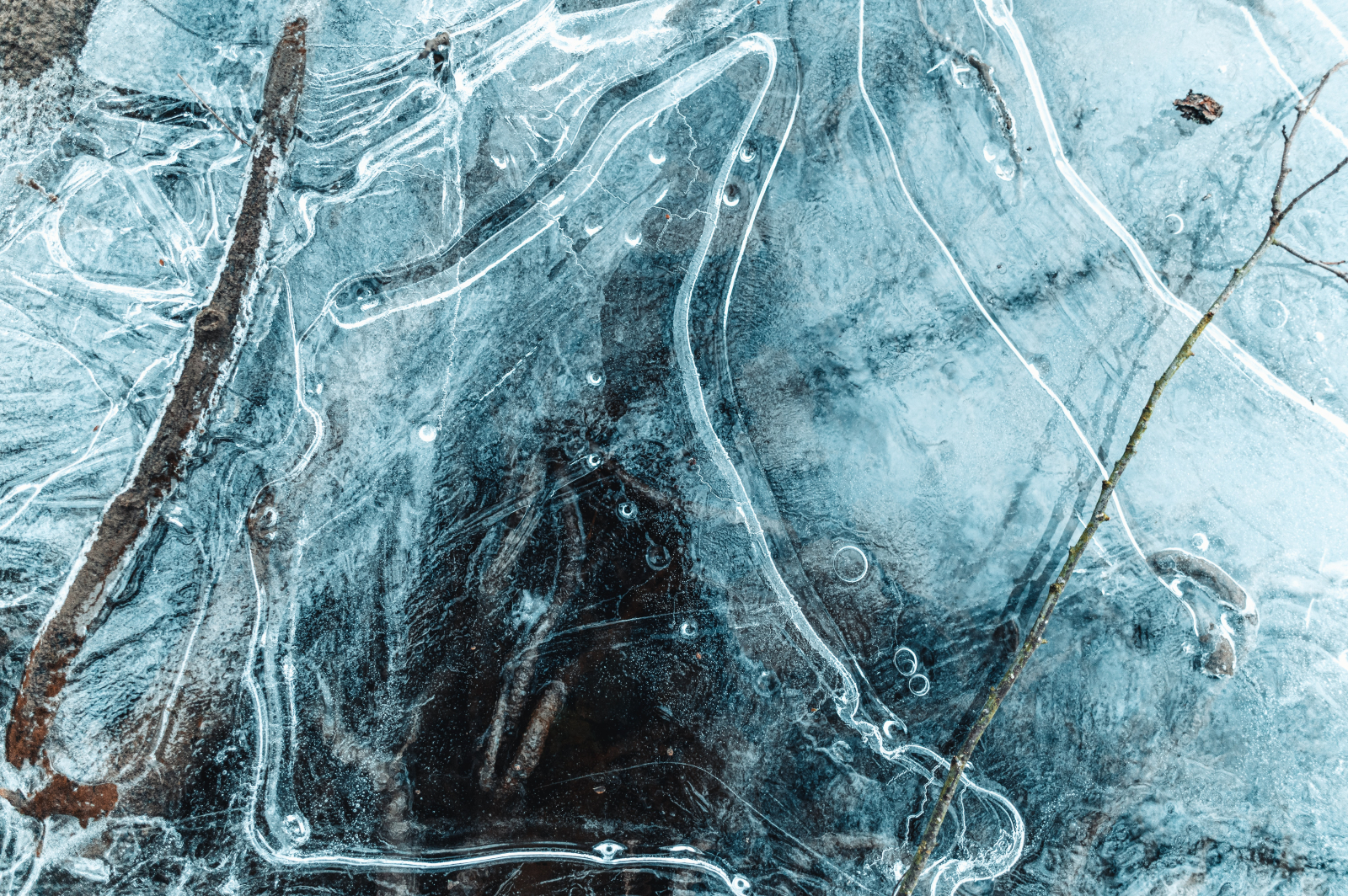 While the general layout of the Fortress grounds is reminiscent of certain Old Voxelian castles, archaeologists from the Free Faces League have not uncovered any sign of human-made accessibility features (such as doors, stairs, or a convenient floor layout) which date all the way back to the presumed era of the Fortress' construction. The only residues of humanoid habitation are significantly newer than the surrounding architecture, indicating that visitors have used the surface levels of the ruins as temporary shelter and little else. In general, the plains of Dorsal C5 are noted for their extreme geological stability, aridity, and notable lack of useful heavy metals or plant cover, making any long-term habitation difficult and unlikely. Furthermore, the Fortress lies along no known ancient trade routes and lacks much in the way of a useful strategic position or resources, making its use as a purely military installation improbable.
This baffling lack of apparent purpose has led many academics to suggest that the place might have some sort of religious significance, perhaps even having veiled references in old Forgist religious texts. Whatever purpose the Glass-Block Fortress once held, archaeologists generally agree that the structure was intentionally designed to frustrate attempts at exploration. Certain hazards found in the depths of the keep seem deliberately placed there to confuse, trap, injure, or even kill visitors. The discovery of a Broken Moebius motif caused a stir among the archaeologists, as it likely would have for any ancient visitors who also uncovered it. 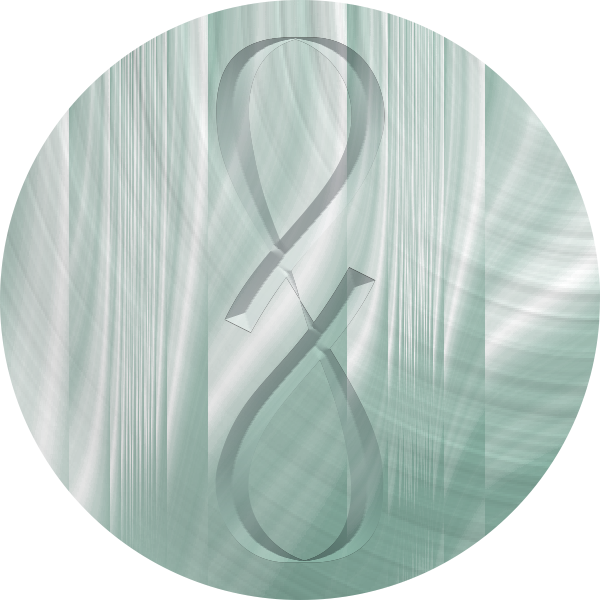 Broken Moebius by BCGR_Wurth
If it were a religious structure, for example, it might serve as an ostentatious tomb that nevertheless dissuades tomb robbers via its aspect and architectural dangers. Alternatively, given the crazed word salad written in a certain treasure-hunter's journal found in the depths, the structure might serve to hide some terrible secret that distorts the minds of observers - like some unfathomable glimpse into the multi-dimensional nature of the Manifold itself or even what lies beyond.

A permanent research outpost and small airstrip are maintained by the Free Faces League. This installation lies within the Glass-Block Fortress' perimeter walls, allowing researchers immediate access to the structure and protection from attack by Voxelian forces or other local threats (such as Avarix Corps air pirates). A small contingent of League Army and Coalition Defense Forces personnel, including a single auto-armor unit, have garrisoned the perimeter walls' towers to provide additional defense.   Digs in the Fortress' environs have uncovered the remnants of small igloos (made of repurposed glass blocks), scraps of tent covers, middens, and dray animal coprolites, suggesting transient habitation dating back to the early 8000's. Dating even further back, the 'Vitreous Strata' is a mile-wide 'puddle' of clear glass surrounding the Glass-Block Fortress and concealed completely beneath many layers of accumulated sediment. 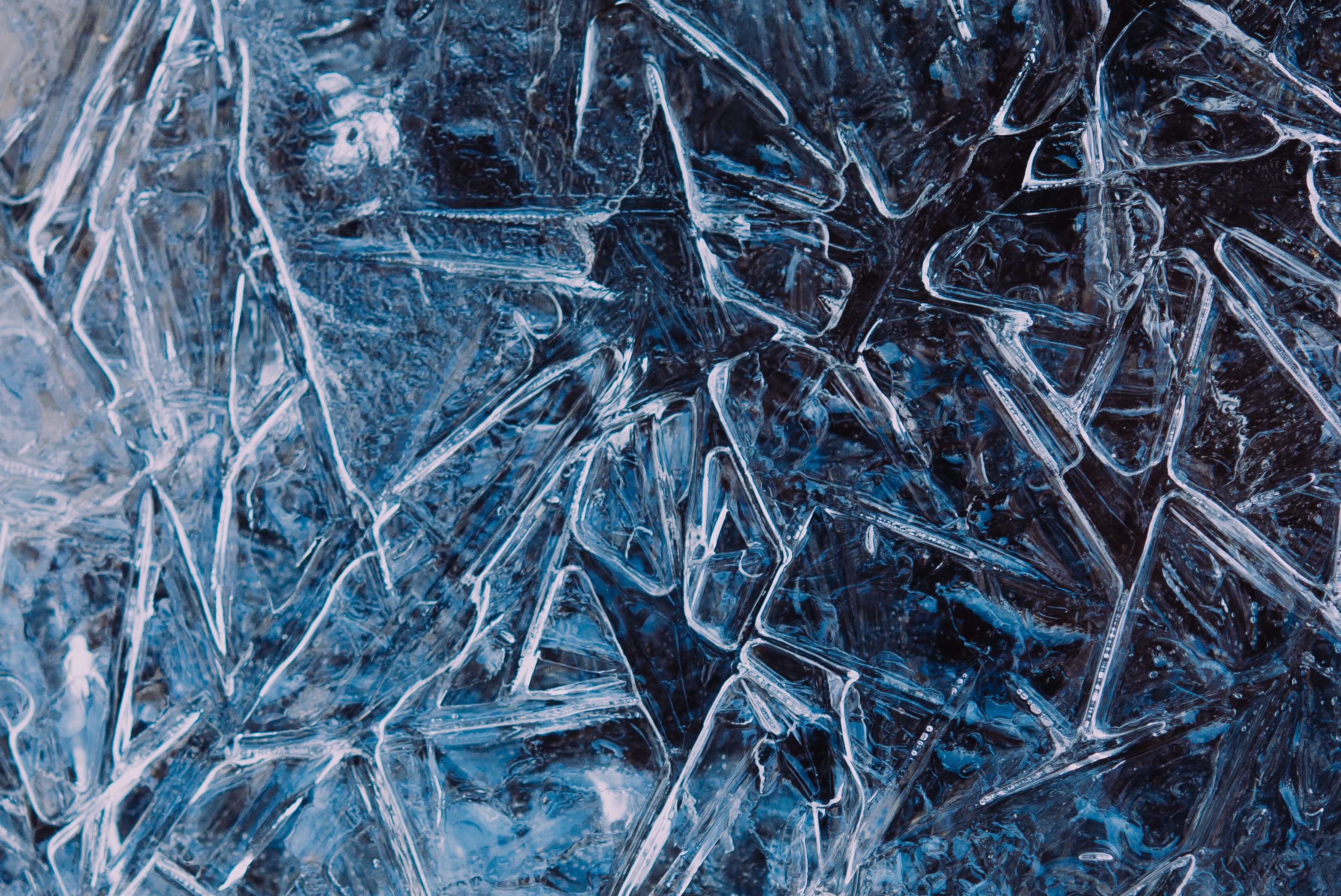 by Erin McKenna
The Vitreous Strata is believed to date all the way back to the year 2000 CT - before The Curved Time that supposedly pre-dated sentient habitation within the world of the Manifold Sky. This suggests some connection between the construction of the Fortress and a natural process, as no sentient life is though to have existed in the Manifold before The Curved Time ended, though there is little evidence of such a process beyond the Vitreous Strata itself.

As the name would suggest, the Glass-Block Fortress is comprised almost entirely of massive blocks of vitrified desert sand. Cubic blocks of transparent glass as large as 40ft across and as small as 2.5ft across - fused to one another with a rough, translucent glass 'cement' - form all structural elements of the Glass-Block Fortress. The methods by which such massive cubes of glass were constructed and placed remain a mystery. Analysis of material removed from the structure indicate that, while the chemical composition is identical to that of the surrounding desert sand, the crystals which were fused to make the cement are far more massive than any grains found in the region - as though the structure were somehow forged in miniature and then scaled up to its current, massive size. Furthermore, the apparent lack of any bubbles whatsoever in the glass (despite the massive volume thereof), along with the presence some unidentifiable trace minerals, add to the mystery surrounding the origins and construction of the fortress. Though some blocks lay broken, eroded, or removed from the structures, the glass is notably stronger than most currently in production within the Manifold.   The surface structures of the Glass-Block Fortress include an outer perimeter wall - shaped roughly like a thickened hash symbol (#) and featuring towers at each right angle - and a central keep with a roughly square floor plan. The walls, towers, and keep all gradually taper towards their tops, though none come to a sharp point. Spans of fused glass blocks bridge the gaps between the near sides of the perimeter walls and the upper levels of the keep.
While the foundations of the perimeter fortifications only penetrate the soil to a depth of around 100ft, the central keep has internal voids, corridors, and rooms which reach unknown depths, expanding outward and becoming increasingly erratic in layout the deeper one goes. No expedition has ever successfully reached the bottom of the keep; while the Fortress is often noted as being 'beautiful' from the outside (especially when viewed in sunlight or moonlight), its interior floor plan has a dangerous, brutalist aspect. Open pits, ultra-slick floors, razor-sharp glass edges, and other 'traps' in the depths are difficult to pick out due to darkness and the fact that everything is somewhat transparent. In the depths, blocks sometimes appear to move or even float in the air, their physical supports obscured through reflection or refraction. Distal polyp patches, supposedly seen moving and glowing in deep, unreachable regions through glass blocks warped by time, remain unconfirmed. 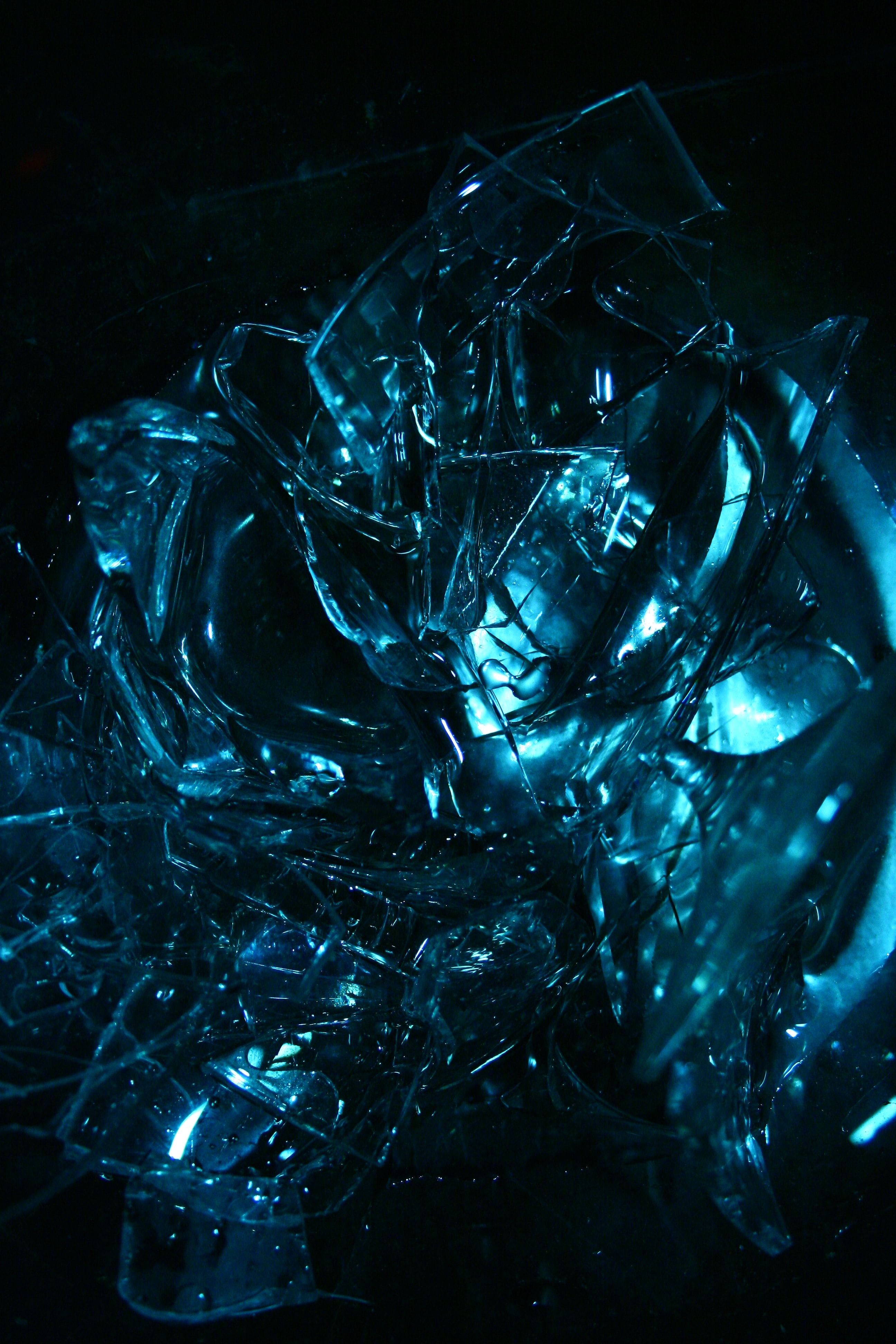 by Marika Vinkmann
As one travels deeper into the keep, the glass blocks begin to take on colors and even a faint glow, though the light is only ever bright enough to barely discern one's surroundings. Eventually, sunlight becomes impossible to see from below; it is notable that, of the few expeditions who have gotten deep enough to stop seeing daylight, all have reported that the bottom (even with the ambient glow) also remains invisible. At this depth, this means that the keep actually extends far beyond the depth of the Dorsal C cube layer; expeditions report that the strength of gravity does not change even at this depth, meaning that there is something anomalous about the way that fundamental Manifold Sky physics works within the keep.

With a history predating written records, the mysterious Glass-Block Fortress suggests the existence of an as-of-yet undiscovered precursor species capable of amazing feats of structural and material engineering. The keep and its outlying fortifications have been puzzling Free Faces League archaeologists since it's discovery in 9975.   An 9989 expedition which managed to get 0.7 miles deep into the keep holds the current official record for distance traveled within the Glass-Block Fortress, and even then only half of the dozen men sent down survived the journey. They returned with a treasure-hunter's journal which, once translated from the Rostran tongue, was found to gradually change from a coherent narrative of the author's exploration into a tangled mess of gibberish. Of note, however, was the fact that the final intelligible entry of the journal described the treasure-hunter's disbelief at seeing "a vast, purple void beneath my feet... dancing stars and floating, opalescent cubes... bathed in the lurid orange light of some unseen sun." This passage inspired sensational newspaper headlines and radio newscasts depicting the event as the first possible sighting of the Celestial Realms by mortal eyes. Upon hearing the news, Forgists began to speculate that the Glass-Block fortress might be the 'sprue' left behind when the Creator forged the world, though this view remains popular only in religious circles. In any event, the cause of the treasure-hunter's evident madness, the truth behind his colorful descriptions, and his ultimate fate remain mysteries, as no remains were found alongside the journal.
RUINED STRUCTURE
0
Type
Fortress
Parent Location
Northern Tesseract
Owning Organization
Free Faces League
Dorsal Tesseract

I love how mysterious this place is - I wonder how and why it was constructed. I am curious as to what's at the deepest part, as no one has managed to get there.