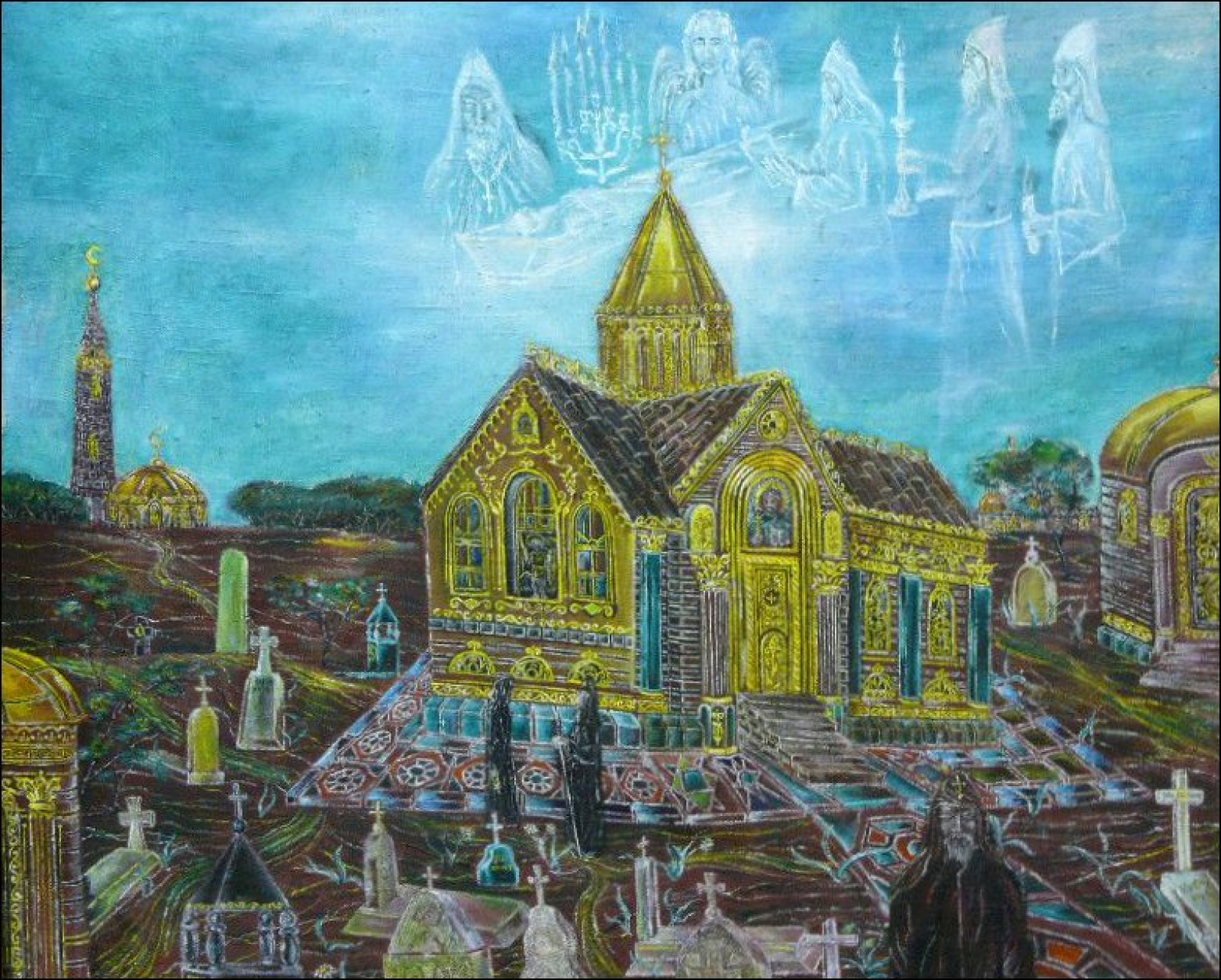 The Nart Quarter is a foreigners' suburb at the west end of the city of Udyn. It houses the city's Gaalite population, and the vast majority of Gaalites who live in the city must officially reside in the Nart Quarter.   The quarter was founded several decades ago, when the economic recovery of Udyn once again made it one of the largest cities in this part of the world. The Quarter was established on what was supposedly the original location of the Old City, founded by Kuz' tribesmen, but the locals say that it was put at the west end to make it difficult to reach by Noriki armies (and to denude travelers from the north of coin). The leading families of the quarter are Nart traders, but there is a large number of Noriki who reside here as well. The main church - the Cathedral of St. Pachomius of Udyn, is administered by Irii priests (which gives the church its unofficial name - the Irii Church). The Church is the center of the Nart Quarter, and most of the departed, regardless of which people they belong to, are buried at the cemetery next to the church (some grave robbers have been preying on it lately, however). The major groups of the suburb have their own, smaller churches and cultural establishments that cluster around them.   The residents of the Nart Quarter must abide by the laws and regulations laid out by the rulers of the main city. The Quarter's residents must wear a blue ribbon that identifies them as Gaalites when they venture into the city. Often, they must also obtain the vizier's permission to do so. They also must not bear arms or ride horses in the main city. The Quarter's churches may not openly display religious symbols (like crucifixes atop church spires), and are not allowed to ring their bells except in an emergency. The Quarter is also unwalled, and its officials have no right to collect tolls for entry, although people entering the main city from the Nart Quarter must pay an entrance toll. Residence of the Quarter must also pay an biennial poll tax. Unless they commit offenses against Bahites, the residents of the Nart Quarter can be tried in accordance with their own laws, however. On the whole, the relations between the Gaalites of the Quarter and the majority Udynlar are businesslike, though there are tensions connected to the regulations placed on the dhimmis, as well as the fact that the Irii Church is dedicated to a saint who the Bahites regard as an apostate.   Quarter residents engage in a variety of trades, but given the Bahite prohibition against drinking, its brewers and vintners are particularly renowned. Smugglers move Nart Quarter beer and wine into the main city to satisfy the appetites of Bahites who are lax about observing these ordnances.