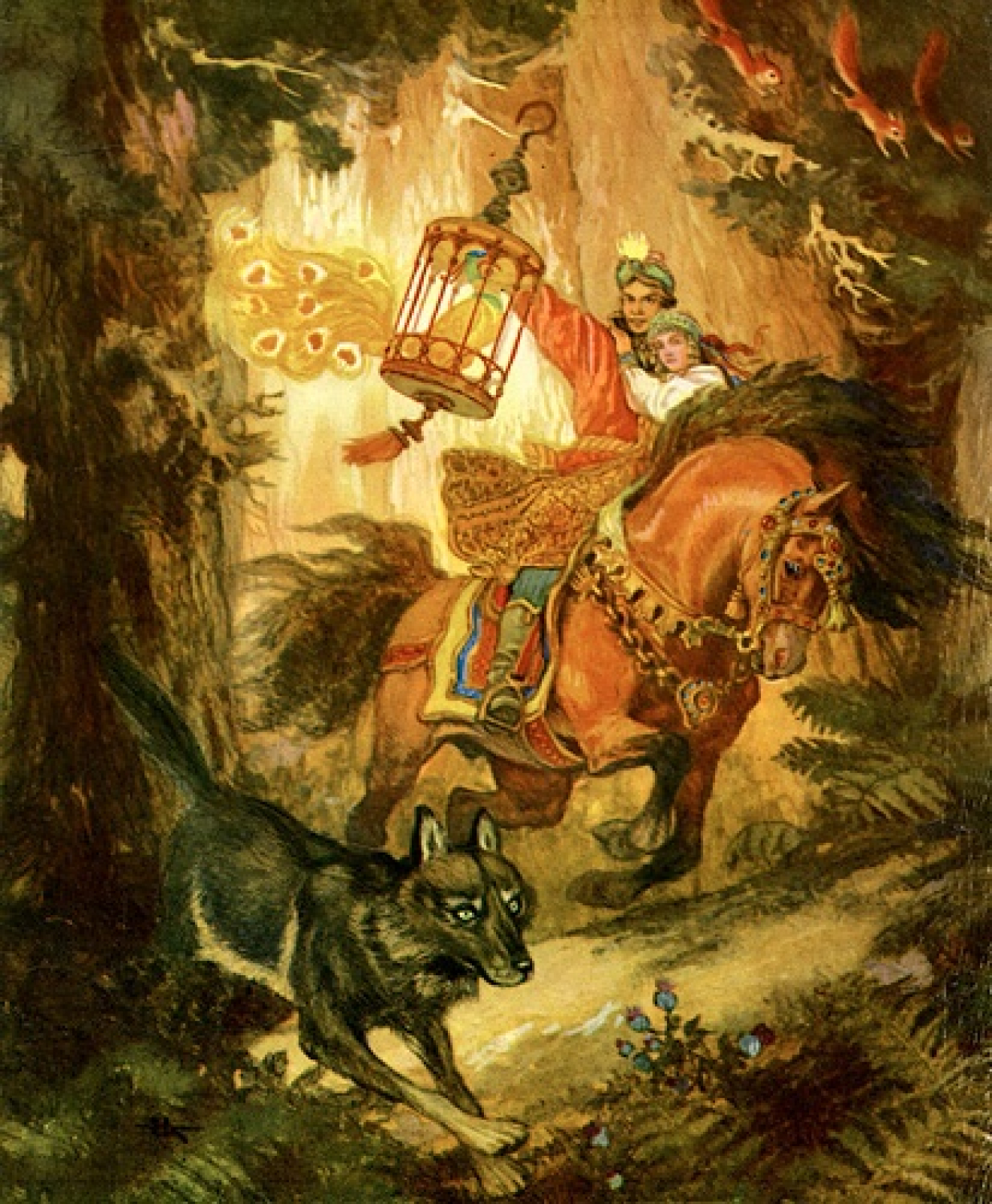 KoshcheiBessmertnyi
Lukomorye is a fantasy setting inspired by Russian folklore and history. It is a world in which the veil between the Visible World and the Realms of the Otherworld is thin. Changelings and shapeshifters walk openly among mortal humans, and even peasants commonly possess smatterings of magical talent. While witches and sorcerers seek to manipulate magical powers for selfish purposes, brave bogatyrs seek to perform heroic feats by channeling the power of Moist Mother Earth, and fools best the wise and the powerful through sheer luck.   The people of Lukomorye inhabit villages and towns separated from one another by huge expanses of dark forest. Travel is difficult, as dangerous animals, bandits, and unclean spirits haunt the wilderness. Extreme cold and heat, and impenetrable mud also hinder frequent contact between settlements, making people inclined to xenophobia and superstition.   Though the settlements are distant from one another, the land is nevertheless united in a single faith in Gaal the Redeemer. The priests of the True Confession try to bind the people together into one community, but their struggle against the Old Faith is only partly successful. The peasants continue to venerate the Old Gods and the spirits of the Otherworld, even if they no longer remember all their names. The Land of Nor' - the central country of the setting, is ruled by a single dynasty of princes, but their bickering weakened the land and attracted invaders - a ruthless horde of nomadic riders called the Kochmaki. The Kochmaki keep the princes warring with one another even as they bleed the land dry through extractions of tribute. And powerful though shadowy forces manipulate nomads, princes, peasants and wilderness alike. Ancient Powers like the crone Baba Yaga, the Dread Lord Koshchei the Deathless, and the Father of Serpents Zmei Gorynych keep the land divided, and the people in thrall to want, strife and suffering.
Lukomorye Discussion Boards

After the Raid (Chronicles of Team B)