Malaika Nikolayevna Ivanova is a supporting character from Seeking for the Lost Northern Stars who appears for the first time in Chapter 6. She lives in the city of Nodvragoda with her adoptive grandmother, Shirkania Yanga.


"Be careful with that, gurl!" warned the voice "I saved them from a fire recently and I am taking care of them until they are born. They could be eagle or gargoyle eggs, who knows? While living with her you can find even what does not exist."
— Malaika referring to Shirkania Yanga, chapter 6 of Seeking for the Lost Northern Stars

Malaika Nikolayevna was born in Nodvragoda from Nikolay Ivanov, who's the son of the deceased Ivan Ivanov. She has spent her childhood in her natal city but had travelled several times with her dad to the Capital.   When she was a young teen, she had a rebellious personality and used to run away to the forest in order to seek adventures. In fact, despite being a bit older she's still adventurous.   She alongside her family have worked in the city's market in a pottery stand, however because of her interest in swords and swordfighting, she had learnt smithy from the Kuznetzov family and began to forge her own swords in their factory. She also had a first hand experience with witchcraft since she's very close to Shirkania Yanga, who's a witch. She began to sell her selfmade swords during Nodvragoda's Summer Festival when she was 18.   Her life was overall tranquil and good until the Raid to her city done by The Dark Army in 1362. During the attack, she did escape to the forest but almost got captured by a soldier. She liberated herself from him thanks to her fighting skills. It is unknown if her parents escaped as well or were captured by the militia. Since the attack, she as well as many other Nodvroguites had acquired a more untrusty and melancholical mood, as well as reclusing herslef more and obviously, a fierce hatrement towards Ivar and his goverment.   She met Aliosha and Dylara during their journey and also saw Vladimir again for the first time in five years.


Malaika is a woman thirsty for adventure, who's also a lover of martial arts. She is independient and strong but also cares a lot about family, specially her grandmother, who has a pretty close relationship towards her since they both live together.   She is widely known as a jack of many trades, since she has skills of swordfighting, pottery, cooking and dancing. She also likes to teach about her favorite hobbies, such as swordsfighting and martial arts, hence why she takes the task of training Aliosha and Dylara in their quest.   Regarding her dislikes, she's pretty critical towards Ivar's goverment, and she hates The Dark Army with passion because of what they've done to her city, however, just as her grandmother, she doesn't shout out too much about her opinions. Like the vast majority of Nodvragoda's population, she's a lot more melancholic and untrusty since the Raid to Nodvragoda. She also hates Sirins mainly because they're annoying.


Malaika mostly dress in an adventurecore fashion, and her most worn colors are brown, green and purple. It is common to see her wearing pants, a long coat as well as a comfortable shirt. She also mostly wears boots in her feet. 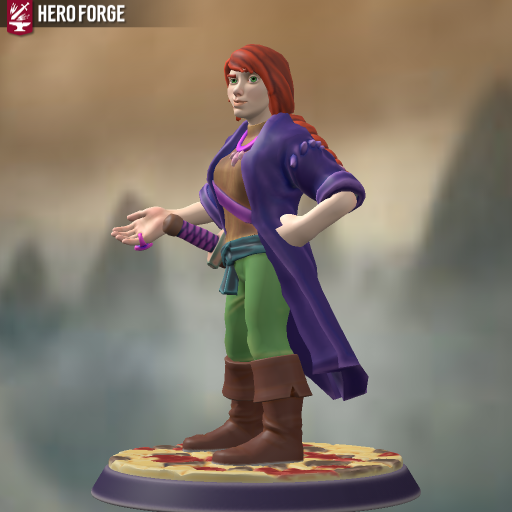