Avon Maan, lit. "the gods' eye" was once located at the center of the grand temple complex of Maan Ganyr, that is ruined today. Iovana Panmorn teleported it to its current location in Panthil in the final hours of the The Revolution War, where it sits on a solitary rock formation north of the city. It can only be reached via a bridge that had to be constructed first and it can be seen from miles away, looming over the steep cliffs of Maan Garth. The story of how it ended up in its current location alone makes Avon Maan one of the most impressive buildings of Ivendarea, but its function as a religious temple, its architecture, as well as its orgins and history contribute to its importance and impressiveness.

Its main purpose is and always was the one of a spiritual place of assembly, where believers meditate or come together to celebrate, and where they mourn the dead, remembering them.   On the island of Maan Garth it is also the biggest temple and therefore an important place of pilgrimage for young Nyr. Their coming of age ceremony, the Vath'eran is held in Avon Maan.

A couple of centuries after Avon Maan's construction the believes and rites based on the teachings of the prophet Aman had solidified, and the interior platform was added to serve as an essential part of the established coming of age ceremony Vath'eran. Previously scaffoldings had been constructed inside the temples to serve as a platform of jumping into the main water basin during the last part of the ceremony. Other temples of similar size and importance followed suit and added comparable structures or were respectively constructed with said structures already added by the architect in the planning phase.   Another very recent change of the tower's original internal layout was the addition of living quarters on the top floors. Previously the rooms up here had been smaller secluded prayer and meditation rooms. After the tower was moved to Panthil, where the local main temple compound already offered an abundance of such rooms but living space was scarce, the decision was made to offer these rooms to temple workers, pilgrims, and refugees in desperate need instead.

The temple is built in a style on the one hand typical for the older structures of the Nyr, but it was on the other hand always intended to stand out even in a time where similarly impressive buildings were still commonplace everywhere.   The overall structure is approximately 140 meters high and built from sandstone cased in white chalk stone tiles. The joints between these tiles form intricate patterns on the tower's outside surface, represents stylized runnels of water "flowing" from the top to the bottom of the walls. The joints are filled in with a material called Starglass which was often used in old religious buildings, but also found its way into practical day-to-day items such as lanterns. If water, most commonly rain, touches the glass between the chalk stone slates it starts to glow with magic, reinforcing the effect of water flowing down the tower's walls.   Avon Maan was originally built on a granite base in the shape of a ten-sided figure, the tower as such is shaped in a perfect circle though, slightly tapered to the top. On the roof is a platform that can be entered, although only with permission of the priests. In the centre of the ceiling is a large hole, referred to as the "eye", which is open to the sky at all times and through which rainwater is collected in the basin within the tower.   On the inside Avon Maan's colours are darker than on the outside, with an almost black marble floor and grey walls. The main chamber is approximately 35 meters wide, and there is room for up to 2000 people visiting at once. In the center of the chamber is a basin filled with rain water. The basin reaches down into the base of the tower about 20 meters at its deepest point. Along the inner wall of the temple runs a closed off hallway that leads to the top, the priests' sleeping quarters and an archive, as well as the platform used in the Vath'eran. In the walls of both the temple and the hallway are small alcoves holding the memories of remarkable historical figures. The temple is a place of living history and remembering the dead as much as it is a place of gathering and prayer.   The living quarters are functional and simple, but definitely provide a one-of-a-kind view across Maan Garth - and formerly the temple complex of Maan Ganyr.   Before reaching the living quarters of the priests and the platform on top of the tower, at approximately 30 meters height, sits the platform that plays an essential part in the most important coming of age ceremony practised in Nyr culture. A stone ring held in place by two bridges across the full diameter of the tower is in position directly above the water-filled basin. From said stone ring a young believer will jump into the water below towards the end of the ceremony - an act of trust, belief, and braveness. 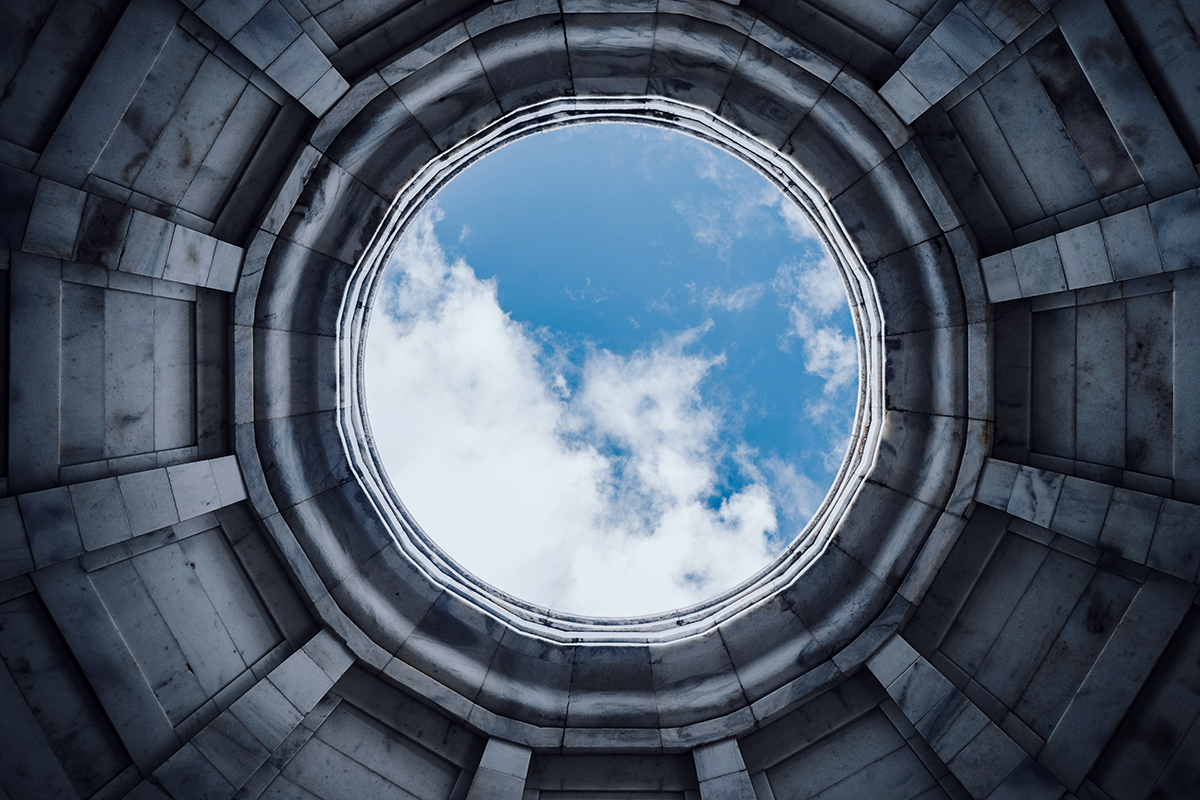 Answering: "Describe the most impressive landmark in your world."
Visit Elvenbeard's Competition Page Check all other answers to this prompt Competition Homepage