Aman Panthil'y (a.k.a. The God of Harmony)

Aman is one of the eleven gods revered by the nyr, and to many of them they might be the most important one. Once a mortal disagreeing with the practises of the temples, Aman set out on a lifelong journey in the search of understanding the gods and their plans for this world - in the end joining their ranks after spreading their knowledge and teachings on leading a life in tune with the world, the gods, and oneself.

While not necessarily considered a holy book in the traditional sense, Aman's Teachings is probably one of the most important books of nyr culture and religion. It summarizes not only Aman's journeys and coming of age, but also describes how they ended up joining the ranks of the gods. Furthermore it features a lot of practical advice on how to achieve one's own full potential and achieve attunement and peace of mind.   It only came into existance after Aman's ascension, but it was carefully put together by their students using Aman's original diaries and notes. Over the course of the millennia it was reworked and published in a variety of new editions that added new traditions and practises or corrected historically inaccurate events, but in its essence it remained the same and has become an almost essential item of most nyr households.

Aman's annual day of celebration is the 24th of Erras, as it was the day that Aman ascended to godhood. It is generally referred to as "Ascension (Day)".

Not much is known about Aman's origins, apart from the fact that they were born in Panthil and grew up in a humble, lower class environment. Aman never spoke much about their childhood and there are no mentions of a family in their diaries. While there are certainly rumors and stories that Aman was actually of noble birth, an abandoned child of king Dartris and half-sibling of later king Davar, they are not believed to be authentic. The details mentioned the most in all letters and diaries of Aman and their followers during their lifetime combined suggest that Aman indeed lost their parents at a young age. Aman grew up with distant relatives who did their best in taking care of them but couldn't quite provide for them, as they had many kids of their own and lived in poor circumstances. This made Aman a rather independent person from an early age and explains why they didn't had many qualms about leaving Maan Garth later in life. It also made them a loner though, distrustful of other's intentions, as they stated in their diaries after returning to the island after centuries of travel.

For the nyr gender identity is a difficult topic, since they have no strict distinctions between genders or sex - everything is fluent. To the world outside of Ivendarea though Aman presented as neutral during their lifetime and still is portrayed as such in religious art and writing.

There is surprisingly little known about any romantic or other relationships Aman had throughout their lifetime. Nothing is mentioned in their diaries, apart from a few notes of admiration regarding various mentors and later also some students, although the admiration was usually more targeted at their skills or wisdom rather than out of personal romantic or sexual attraction. Aman had no children either (at least until now no records have surfaced and no heirs to their name spoke up for themselves). Furthermore there are also no documents or records to be found in any of the Ivendarean temples that would suggest that Aman ever entered into an officially recognized soul-bond with one or several partners. In conclusion it is agreed upon in general that Aman was most likely not interested in romantic or sexual relationships, be it due to reasons of orientation or them fully devoting themselves to their cause.

Nothing definite and historically documented is known about Aman's formal education as a child, but they way they write and express themself even in their first diary entries suggest that they definitely had some form of schooling. Aman has a very passionate way of writing and choice of words especially in their younger years, which turns very philosophical and even theoretical later on as they travelled and studied.   Their self-studies as an adult during their journeys are documented in their diaries, and not only did Aman visit almost all major libraries across the known continents at the time, spending months doing research and reading, they also ventured into a variety of different trades to broaden their knowledge - and earn money for food, lodging and travel along the way, as their personal funds were very limited.

The best-established and most wide-spread version of Aman's early life in Panthil has them as the apprentice of a bookmaker by the time they start writing their first diary and planning their journey to the Ivendarean Mainland. It is and was an honorable profession for people from a simple background, and the abilities Aman learned during their apprenticeship are in tune with them filling near 150 hand-made diaries with notes, created during their journeys alone, and many more once they settled down again. All diaries that could be preserved until today were skillfully crafted, the oldest ones still visibly simpler than the later ones, of which some are beautifully decorated or made from unusual materials that only a master would dare to use.   As hinted in the legend Aman and the Sacrifice, a story often told to children, Aman didn't leave Panthil in a rush after running into an argument with a priest of the local temple. It is likely that they first finished their apprenticeship, potentially even worked in the bookmaker's workshop for a certain time afterwards, to save money for their planned journey.   During their time of travel Aman worked, amongst other things, as a sailor, a mason, a personal scribe, and assisstant of many of the mentors they met. Yet, when they returned to Maan Garth eventually they weren't richer in worldly funds than when they had left, but definitely in experience and knowledge.   Aman's final calling and profession was the one of a teacher and mentor to those curious to learn and interested in their teachings regarding magic and spirituality.

Aman's philosophy regarding life in general is about being "in tune" - with one's surroundings as much as with oneself. This, so they say, is the path not only to enlightment and peace of mind, but also to reaching one's full potential and skill and bring one closer to the gods.   Becoming attuned in this way requires a lot of work and dedication. An effective way of achieving inner balance and peace for Aman was meditation, and they studied a variety of techniques present in different cultures around the world. They also suggest spending as much time as possible outside to achieve attunement with nature, to celebrate and connect with friends, to build strong communities and help each other out.   Aman eventually also stopped eating meat and wearing clothing made from animals specifically killed for the fabrication of clothing, as they believed that it is possible to be reborn into the body of an animal instead of a nyr. Not as pushiment for deeds done in an earlier life, but as an opportunity given by the gods to see the world from an entirely different perspective than what one's soul is used to.   Part of reaching one's full potential also features physical activity - not to extreme degrees, but the healthier the body is, the happier is the soul according to Aman.   And finally, magic plays a big part in Aman's philosophy as well. All nyr are inherently magical creatures, although some are naturally more inclined to it than others. This natural inclination can be smaller if one's soul went through big trauma in a past life, the old pain and mental scars blocking the natural flow of the magic in one's body. Getting rid of these blocks by working on the trauma and becoming connected to one's own past is a central part of Aman's teachings. One should get started with this soul-searching and connecting to one's past lives as early as possible, which is how the Vath'eran coming-of-age ritual came into existance. It marks the first step of finding this connection for all young nyr.   The reason why magic plays such an important part in Aman's teachings is that magic is the key to achiving attunement with the gods. Only through magic it is possible to truly converse with them, and an enormous amount of magic is required to do so. Aman had left on their pilgrimage in the first place to understand the will and workings of the gods, which back then were still very mysterious and partly even misunderstood. Aman did in the end manage to get a glimpse at the god's will, through sheer will and magical power.   And in general, unlocking greater magical ability of course also comes with other advantages, and Aman was always an advocate of using one's skills to help the community, be it through healing, prophecy, or protection against destruction or other negative influences that could harm the peaceful existence of the nation. But of course it also allowed for more mundane tasks to be completed, such as teleporting across far distances, or large-scale transformations. Aman for example was known to be able to take any shape they wanted to - such as a dragon. They and their students also used their skill to help shape the temple city of Maan Ganyr, creating large libraries and temples with little effort from the surrounding stone. 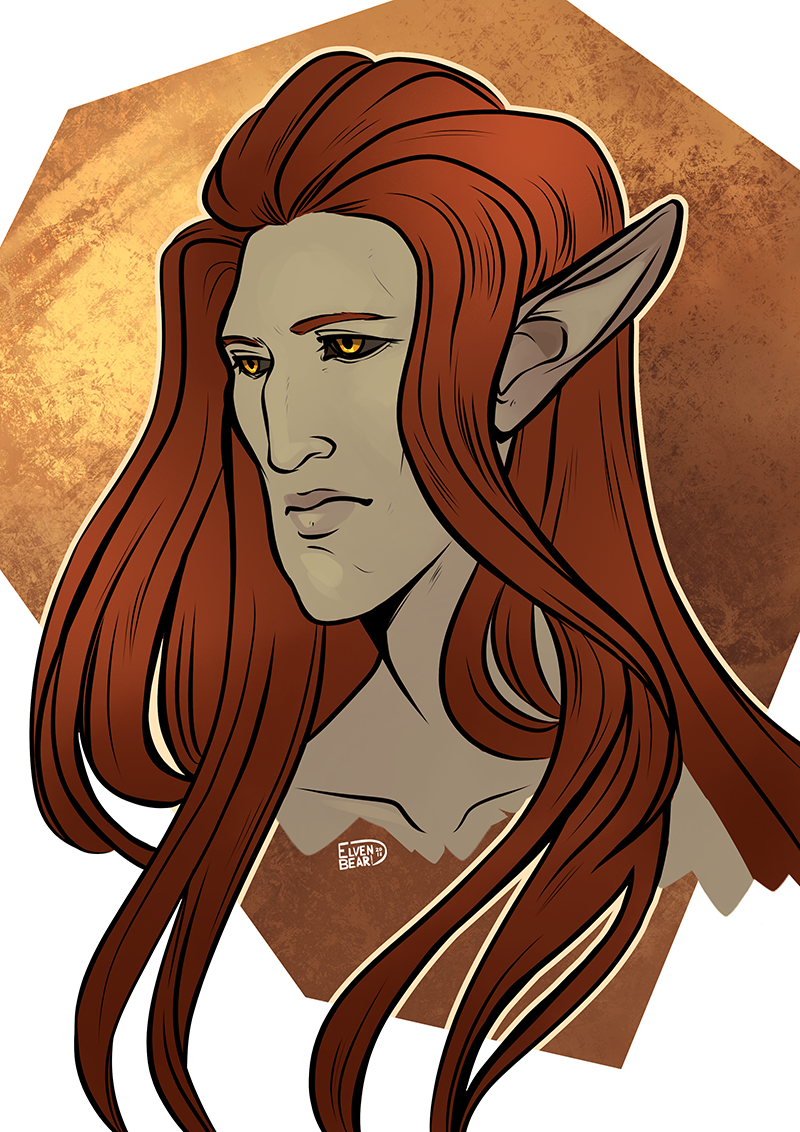