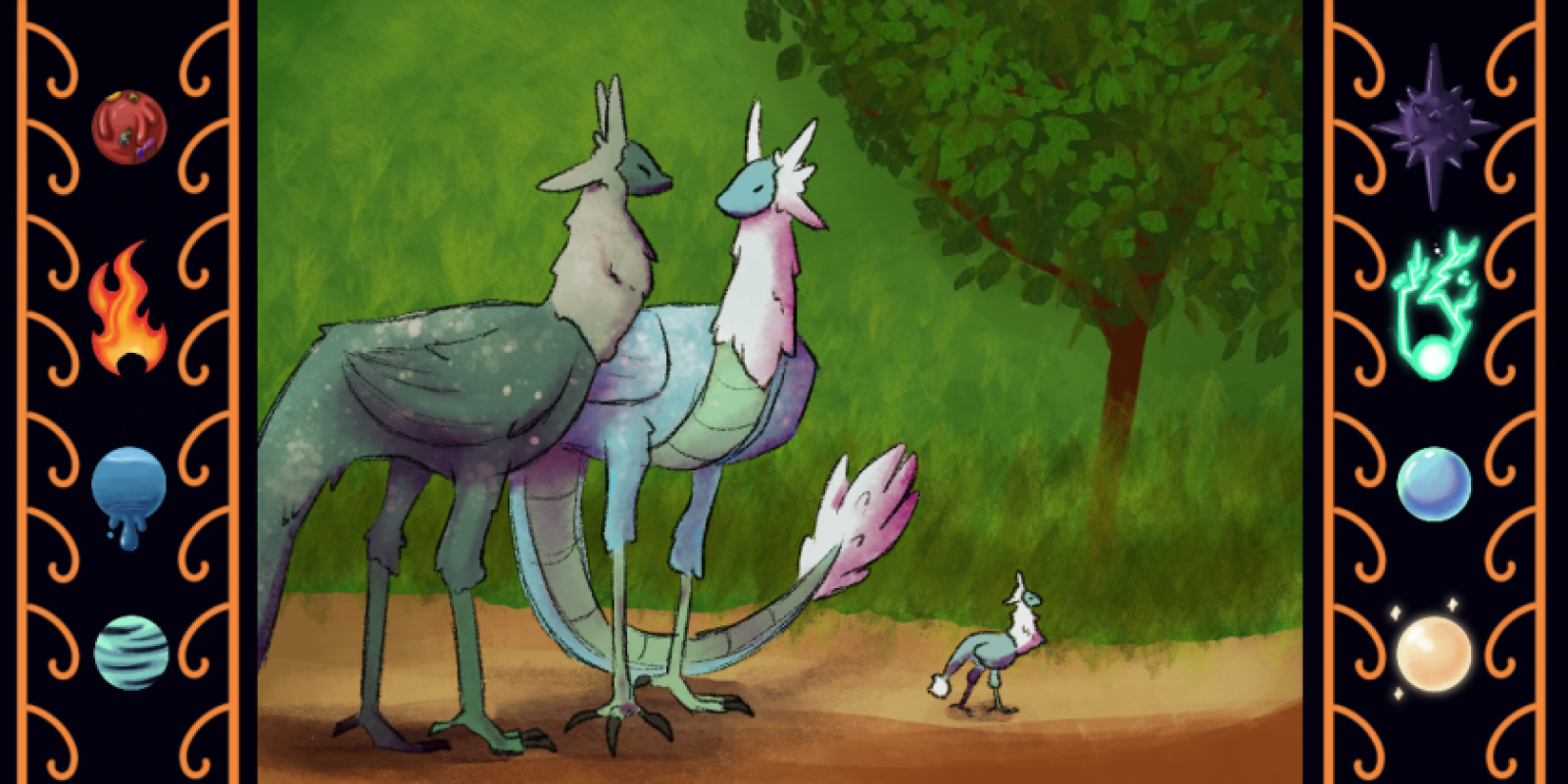 Air dragons are one of the most common of the eight main dragon species in Isidoro, known for their beautiful plumage and striking legs. They are a non-threatened species, and can be found in areas of high elevations, as well as plains.

Their ideal territories involve little to no shrubbery, and have plenty of land space, such as savannas. 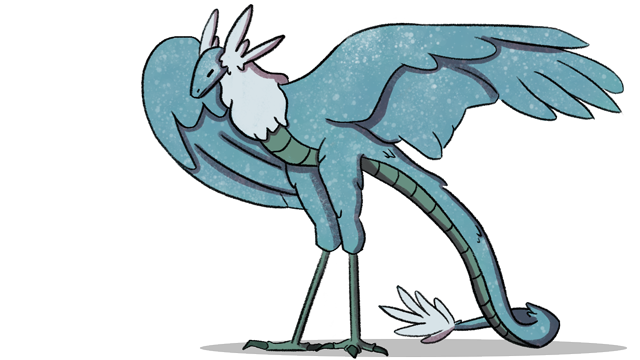 Common air dragons are pale and cool in plumage colour, often compared to an afternoon sky. They are less shy than the Ashkah air dragon, interacting with others with little hesitation. Their feathers along their head help with body language. 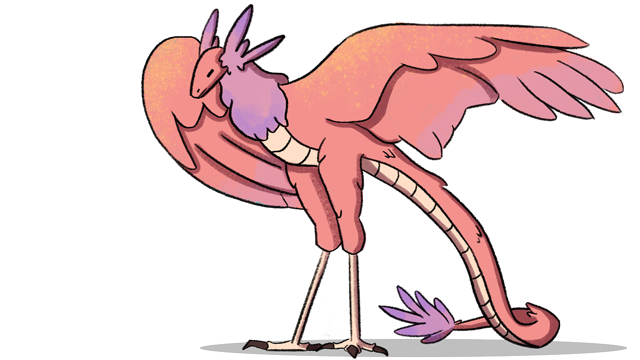 Uncommon air dragons are pastel purple and pink in colour, often compared to a setting sun. They are far easier to spot than their common counterparts, though that doesn't help when they're rarely seen to begin with.

They are often called Ashkah, named after the human that discovered them shortly before her passing.

Air dragon plumage is inductive of their general health, and it is easy to spot sick air dragons. Their plumage is typically vibrant and colourful, mimicking a clear or slightly cloudy day. However, if they become ill their feathers will desaturate, eventually fading into dark greys and black. An air dragon on the verge of death will be completely black or grey.

Ashkah, the human who discovered the uncommon plumed air dragon considered it a blessing- It appeared to guide her out of a heavily miasma'd forest, helping clear her lungs and take her to safety. It led her for seven days and nights to her loved ones, but unfortunately the miasma did its damage.

Her journal was read after her passing, and states that the dragon brought her incredible fortune in her travels, even as she grew ill. It is written that if not for the dragon, she would have died alone in that forest, and even though her health was poor, she was grateful for it's aid.

Considered good luck to spot, and even luckier to interact with, Ashkah air dragons are rare creatures. Along with phoenixes, they are often called the Shepherd of Life and Death, known to comfort those in times of loss.