Water dragons are one of the most common of the eight main dragon species in Isidoro. They are an indicator species, susceptible to pollution in their waters.

The only difference between their chosen territories is the distinction between freshwater and saltwater. All water dragons prefer wet, damp and cool spaces and can spend limited time out of water. 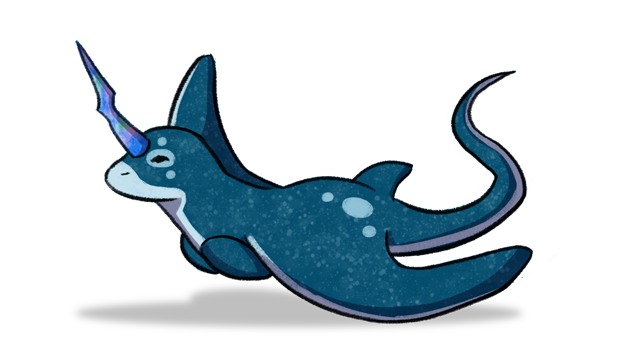 Water dragons are split into two categories, Freshwater and Saltwater. Originally, they were a Saltwater species, living exclusively in oceans. Due to migrations and a culture split, there eventually became a Freshwater variant. 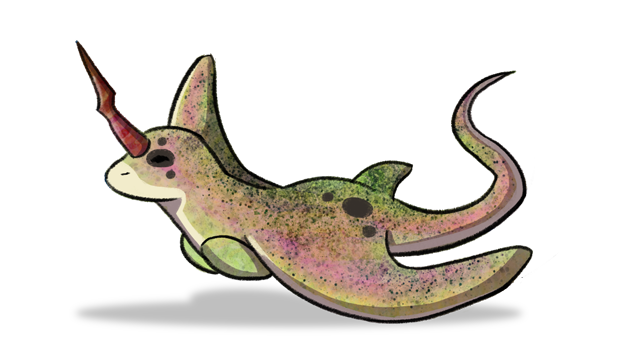 Freshwater dragons are coloured to blend in with the water in streams and lakes. Their colouring varies, but most are slightly iridescent with heavy spotting along the top of their flanks. Their horns are typically brown and easily mistaken for sticks in dark water when visibility is low.

Saltwater dragons are coloured to blend in with the sea, typically in deeper waters. Their colouring is usually blue with a light belly, though the exact hues change dragon to dragon. Their horns are visually similar to blue opal, and are often how they are spotted in shallower waters.

A water dragon's horn is one of their primary weapons against both prey and predators. Using quick lunging movements, Water Dragons are known to stab and quickly thrash before using their mighty wingspan to retreat.

Both Saltwater and Freshwater Dragons have opaline horns, charged with incredible magic.
A Water Dragon's horn is one of their most valuable and attractive qualities.

Water dragons--specifically the Saltwater category are prone to being hunted for their horns. They are magically charged opal, and as a result can fetch a high price. The practice is incredibly illegal, as is all dragon hunting, but there are still the rare poachers and hunters who attempt to hunt adolescent dragons.