Everyone knows the story of the Queen of Thorns, risen from the blood of the dark vines tree. Some say the Queen of Thorns has no knowledge of where she came from, thus resorting to telling fake tales to scare people into submission. It is unknown how many of her tales are fiction or fact. However, the Queen of Thorns is a deadly foe all humanoid beings want to avoid.

Queen of Thorns: "Why don't you dip your toes into the nest of my vines? These beauties are always hungry for stroansian blood."

The Queen of Thorns has always been known as sadistic, enjoying the torture of her prisoners and any victim she comes across. Her methods are seen as malicious, often depicted as torture with the dark vines that split from her scales holding her victims in place. She is ruthless with all essetids and stroansians, ensuring that they are broken to the point of being catatonic or downright slaughtered with artistic grace.   While torture is her strong suit, the Queen of Thorns can swiftly switch to speaking with a suave tongue, careful with her words. Each word she speaks can sound poetic, almost luring save for the twisted gleam in her eyes.

From a young age, the Queen of Thorns knew love was fleeting for her people. Yet, when she met Hikari Makoto, an oxlian, all of that went out the window. The Queen of Thorns fell fast and hard, wanting only her Hikari beside her. She forbade him to set out into the battlefield in fear for his life. That didn't deter Hikari; he was soon captured and slaughtered by the essetid, Loke Dracos. The sight of Hikari's death sent the Queen of Thorns into a fit of unending rage and thirst for vengeance.

Born in the year 6341 of the Nira Era (NE), the Queen Thorns was found in the dark vines forest near the only dark vines tree. The vines were protecting her, keeping all sorts of dangers at bay. Her parents were nowhere to be found, so the grosant that spotted her, scooped her up and brought her to Jackal, who deemed her powerful enough to be raised by Asmodeus as a future warrior of the [PLACEHOLDER] Army. For 45 years, the Queen of Thorns was taught to hate the stroansians and their overbearing empire, the Kourian Dominion.   Everything seemed to be going perfect until Asmodeus gave her a mission to perform. This mission lead her to meeting Hikari, where she fell madly in love and made a commitment to keep him safe. It wasn't for a few more years when a masked stranger, Loke, arrived and attacked Hikari while he was on patrol. The Queen of Thorns saw the act, her heart breaking at the sight of her lover dying on the cold ground. She vowed revenge, unable to shake the rage building within her. For many years, the Queen of Thorns waited in silence, plotting a way to make the stranger pay. When she happened upon the masked stranger again, she captured him, along with his companion, Aiden Shadowlocke. Weeks went by as she tortured her prisoners, forcing them to enact cruel things upon each other. Loke eventually broke Aiden and himself out, but it was too late. The Queen of Thorns followed them back to Loke's hometown and started a wildfire in a stroansian church, killing Loke as a result.   Since then, the Queen of Thorns roams free, looking to find Aiden and finish what she started... 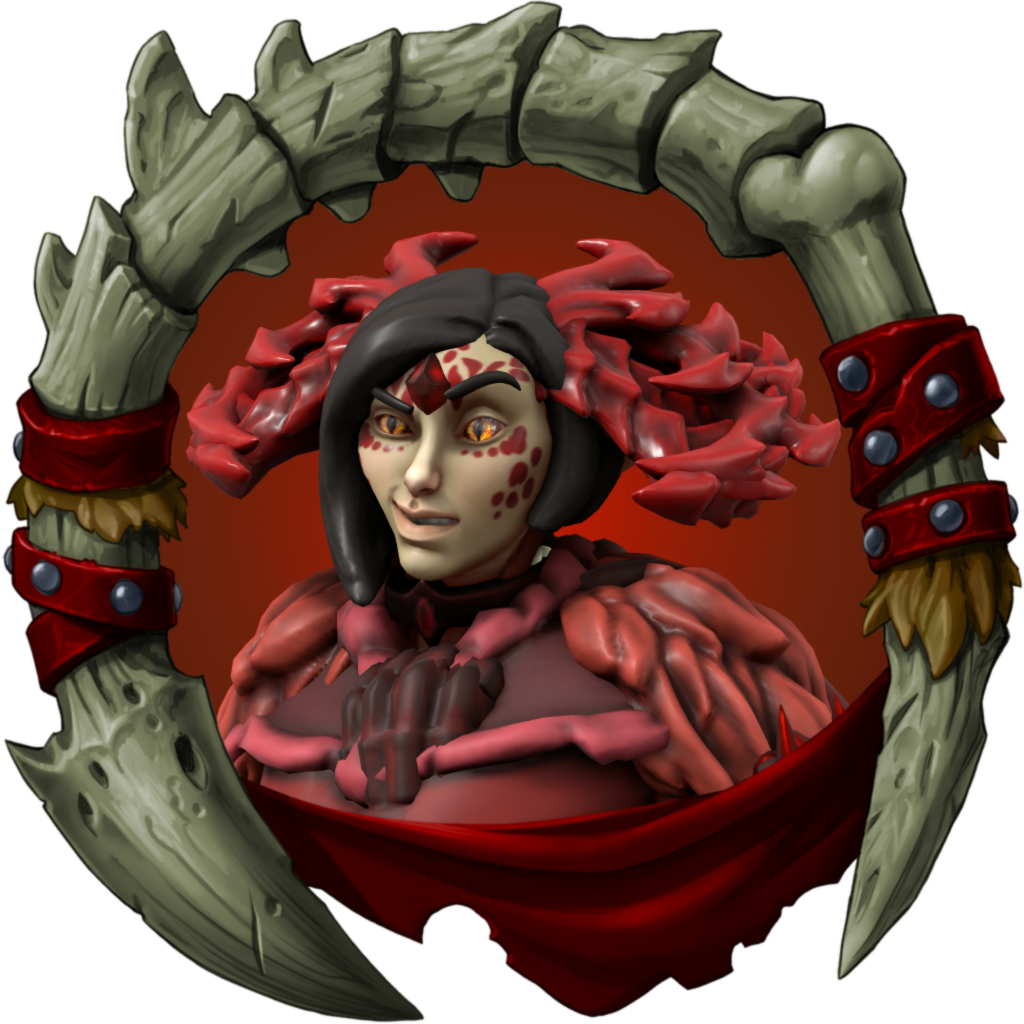 All Written Content Herein Is Owned By Amelia Nite.
All Photography Belongs To Their Respected Owners.
All Statblock Templates Belong to TJ Trewin.
It Is Developed By Amelia.
Character Portrait image: by Amelia Nite (Hero Forge)