Eldritch beings live underground and get agitated every few months at the least provocations. They immediately need to be appeased and put back to sleep, and what better way to do that than with a tasty human meal?


Astronomical phenomena have always been connected to the gods. The most powerful gods can control them in some measure⁠—or, if you want my opinion, predict rare events or at best create an illusion to make it appear that they are mighty enough to move the stars. What is rarer is for celestial bodies to have an effect on divinities.   The most well-known example is the family of Sanguine Comets. This family all follow the same trajectory in space but appear in our sky at different time, often with months or years of intervals between sightings. What makes the family different from over comets and celestial bodies is their composition.   Of course, no human has even been able to properly investigate them in person, but, once every few centuries, when a god can be convinced to talk about them, they have shared that those comets come from a faraway galaxy and that their mineral and magical composition give them some strange properties.   When they come into our sky, they start resonating with Something deep underground and awaken it. Something old. And hungry. 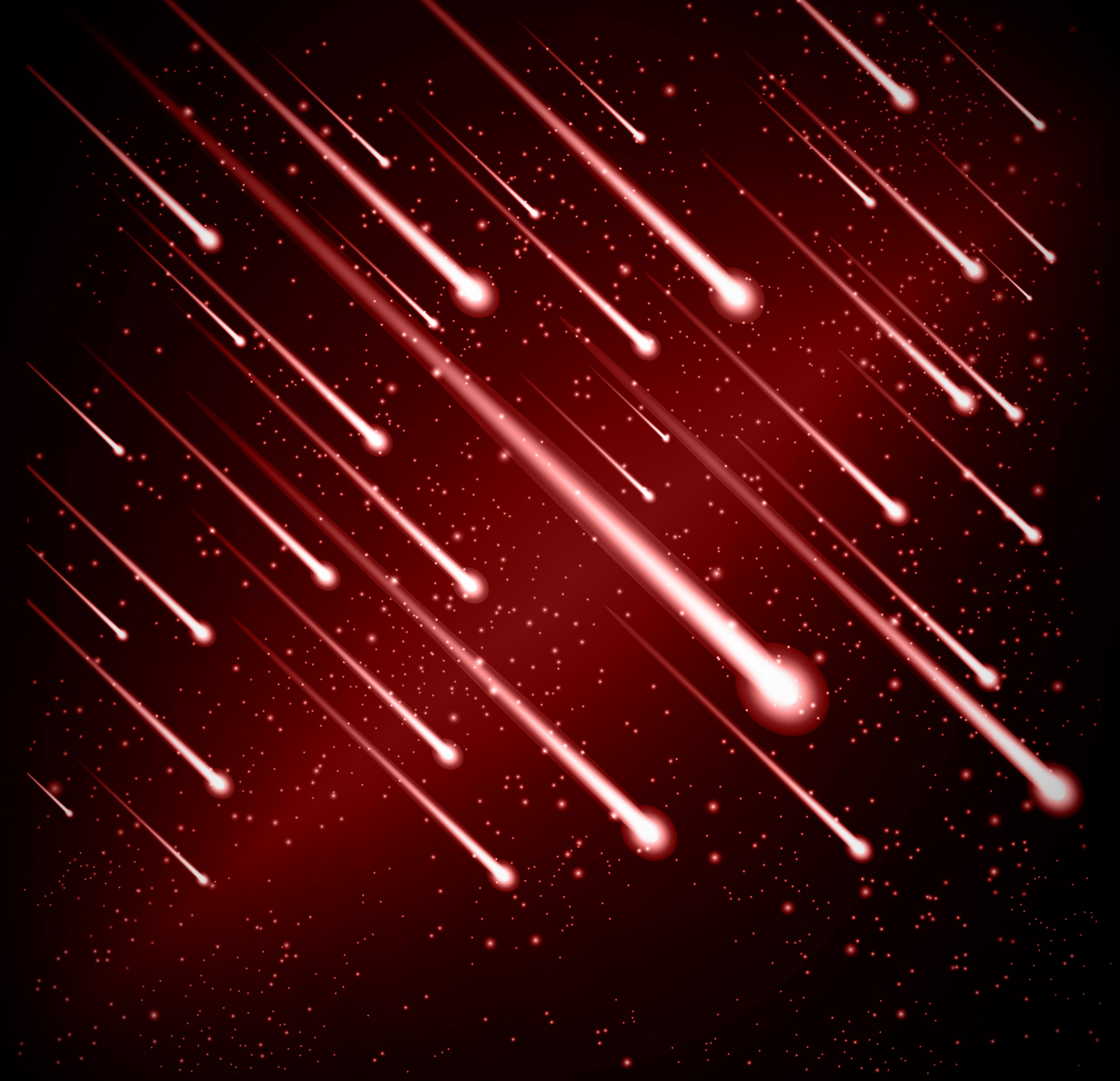 Sinister comets by Noiro on DepositPhotos


That Something needs to be appeased and put back to sleep as soon as possible if we want the country to stay standing. After all, when even the gods refuse to act against It or even just speak about It, that should tell you everything... The best⁠—and only⁠—way we have found to make It sleep is naturally to feed It. Ancient Things like that are impermeable to magic, so we have to get past Their skin barrier. Getting inside Their stomach through Their mouth is a lot easier than getting a sword through Their body. And so we do that by using tainted food that can be used as part of a ritual.   In order to perfectly achieve this, the quality of the food in question is essential. Like all ritual magic, it also needs to be carefully curated for the exact time of the year, the position of all other celestial bodies, and the exact number of comets and delays between the previous and next ones, so that the ritual feeding can continue to build up on each other.   What is this food, you ask? Well, it very obviously need to be humans. What else could tempt an Eldritch Monstrosity, after all? And if this Thing is going to attack us anyway, better to limit its movement and the resulting damage by serving It directly in bed. 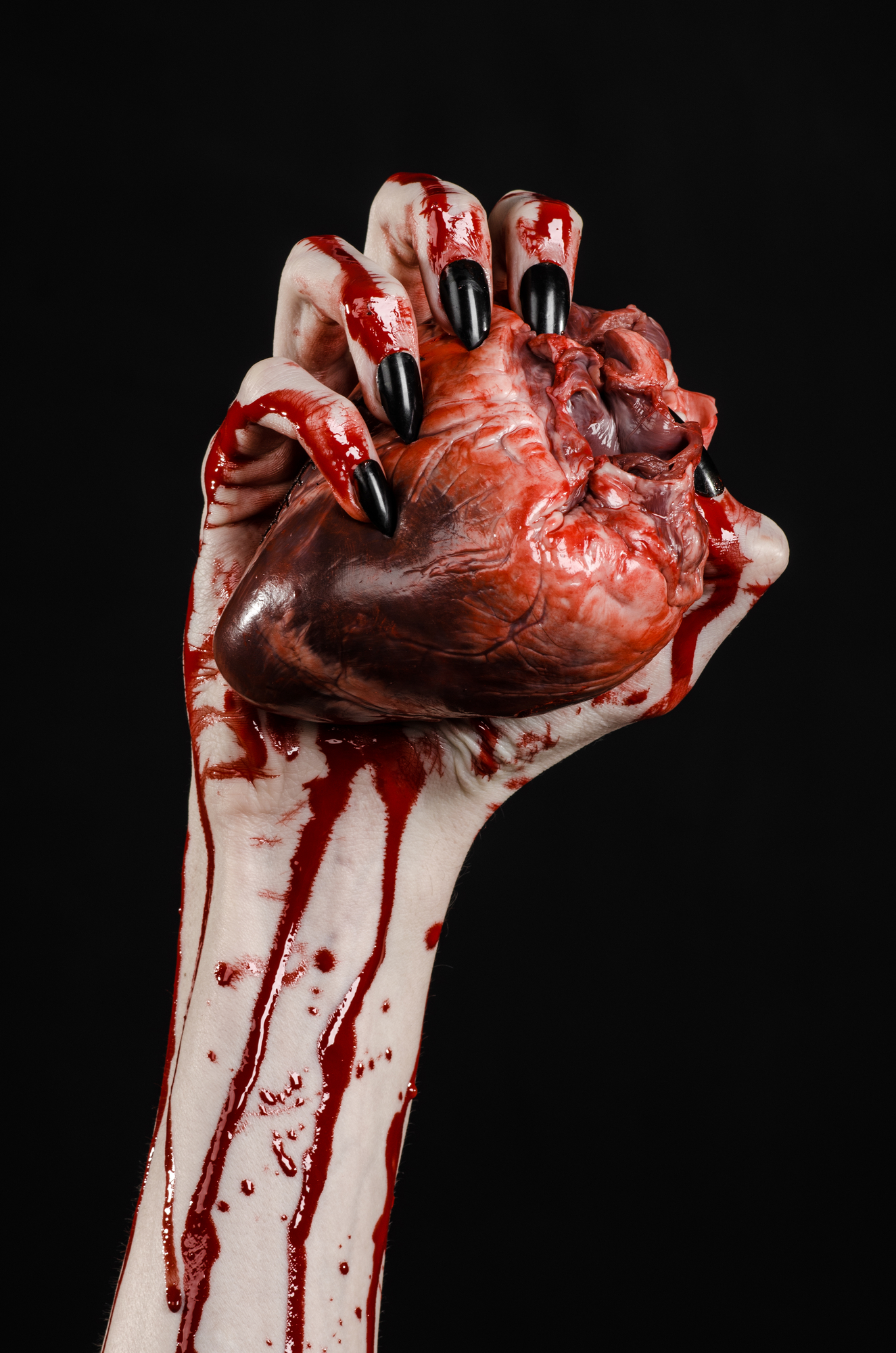 Tasty food by shalunx13 on DepositPhotos


Of course, when all of this is explained to people, their first thought is always to use criminals who are already condemned to death. Two targets with one stone and all of that. Unfortunately, the degree of guilt of the food need to be adjusted depending on the ritual magic required, and some of the comets from that family demand the sacrifice of the innocents. Newborns are not even that bad. It gets a lot worse when those children are a few years older and their parents have actually gotten to know them...   Each country with its own Eldritch Horror has its traditions to choose the ritual. Some of them only select criminals, debtors, and heretics, but in counterpart they have to use a lot more magic in their feeding rituals, and so get the whole population to contribute some blood to it. That sounds a lot better until someone makes a tiny mistake and the whole country is wiped out in mere seconds before the Eldritch Horror even has time to properly awaken.   In our country, the incident of the Eternal Fires was warning enough for us to take the matter seriously. Here, our major patron god, as chosen by the king upon his coronation, is the one who selects each sacrifice a year in advance. The sacrifice in question then gets to live a full year of torment, undergoing rituals to prepare them to their fate.   The point of those preparations rituals is to feed the sacrifices with specific magic, potions, and actual food that is going to change their very nature so that they can become adequate vessels for the sleep magic during the feeding ritual, as well as survive long enough to do so. And also to make them very tasty. After all, you need to make them tempting for the Eldritch Horror. Going through all this trouble just for Them to find the meal disgusting and ignore it would be catastrophic for us all.   All of this is terrifying, of course. What if you're next? Well, the obvious solution is to stay on the god's good side by worshipping them properly. The selection doesn't happen at random, after all. And so nobody really objects to the whole process, since this is necessary to keep everyone safe and there are very clear rules to avoid you, personally, getting in troubles. Anyone chosen was asking for it by angering the patron god and stupidly not even having any other god to adequately protect them. 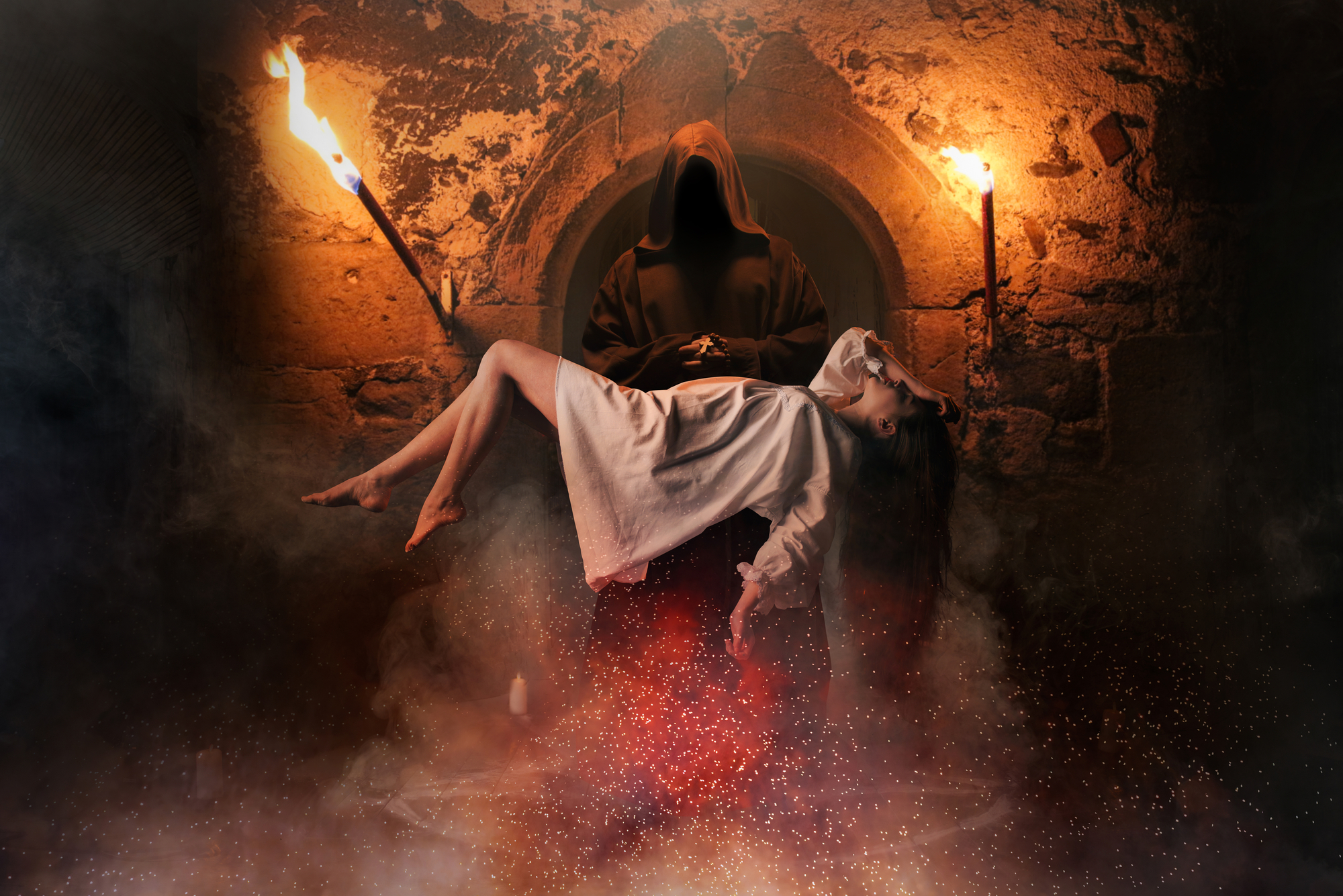 Food delivery by Nomadsoul1 on DepositPhotos

Terrible unfathomable creatures lie caged by the gods under the earth. The only problem is that such beings are very difficult to keep in check. Sometimes, one of them manages to briefly escape. The Eternal Fires are what can happen as a result... 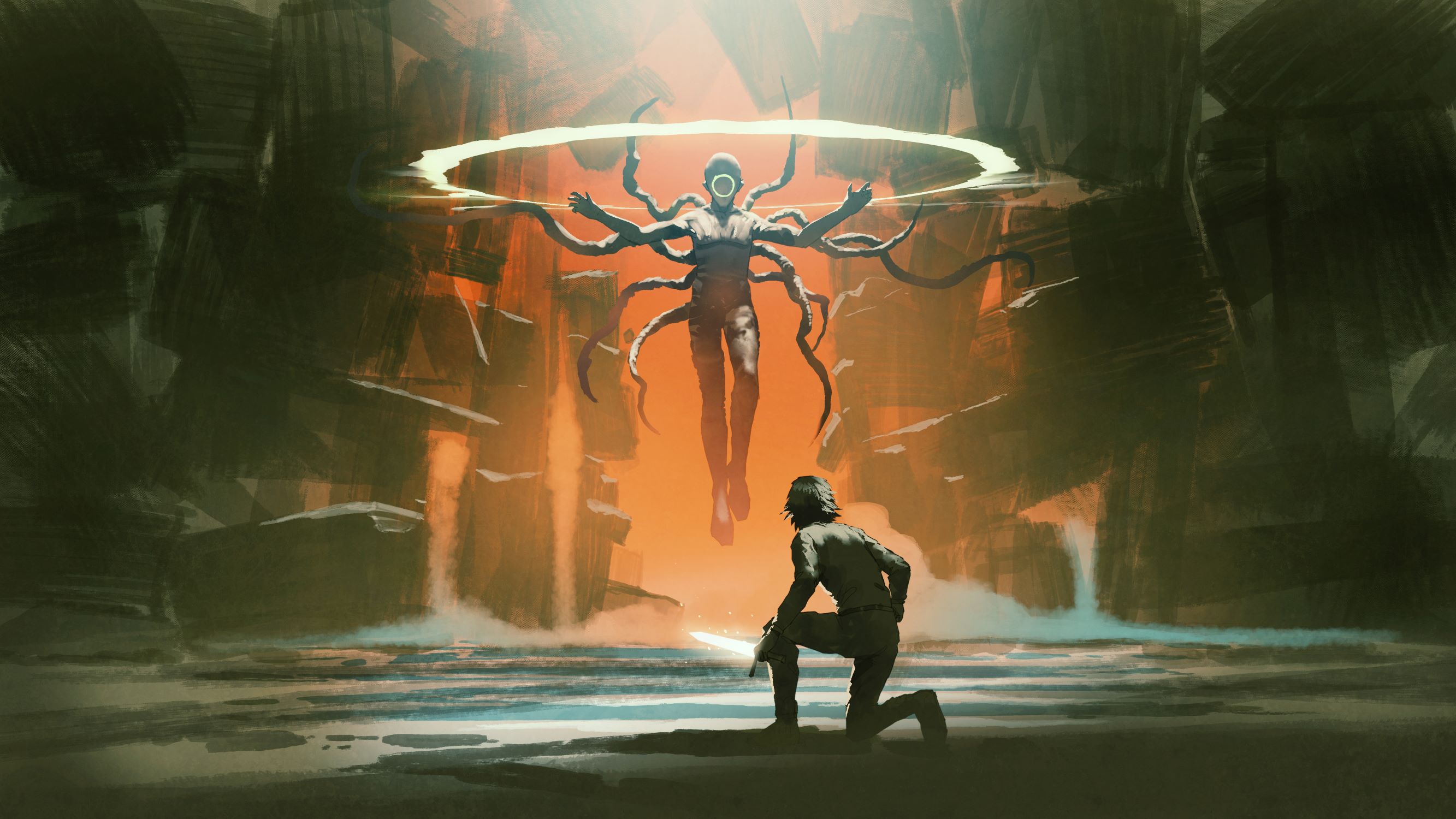 
Us in the royal archives keep careful track of all of that, the name and family of the sacrifice, all the preparation rituals they undergo, and the specific of the feeding rituals they are used in afterwards. This is one of our major tasks as part of our role in keeping the country safe from the divine, and one of the reason why we are so respected.   Being an archivist also gives me access to confidential information about those Eldritch Horrors. I know all about the incidents during which one of Them slipped out of the gods' control and the massacres that have followed. And I know about the even more secret cults mortals used to keep to the Eldritch Horrors. The fact that almost no traces of those are left should be enough to tell you how well that ended for them...

Answering: "Α food that marks a rite of passage for a culture in your world"
Visit AmélieIS's Competition Page Check all other answers to this prompt Competition Homepage

Ahh this is so practical and pragmatic and so horrifying all at once. Really cool!   Also I didn't expect to see myself mentioned in the authors note, omg! What an amazing surprise.

Thanks :D I really love what you've done with solaris and the oort cloud <3

I am not used to this level of sarcastic horror from you! It's really cool to see this side of your world-building. I'm definitely getting serious "Cabin in the Woods" vibes from this entire article. Great work as always!

Thanks a lot :D Yes, this is "a bit" different from my French world XD Though I also had some nice human sacrifices over there already :p

This article is amusing. I like the snarky style of the narrator.