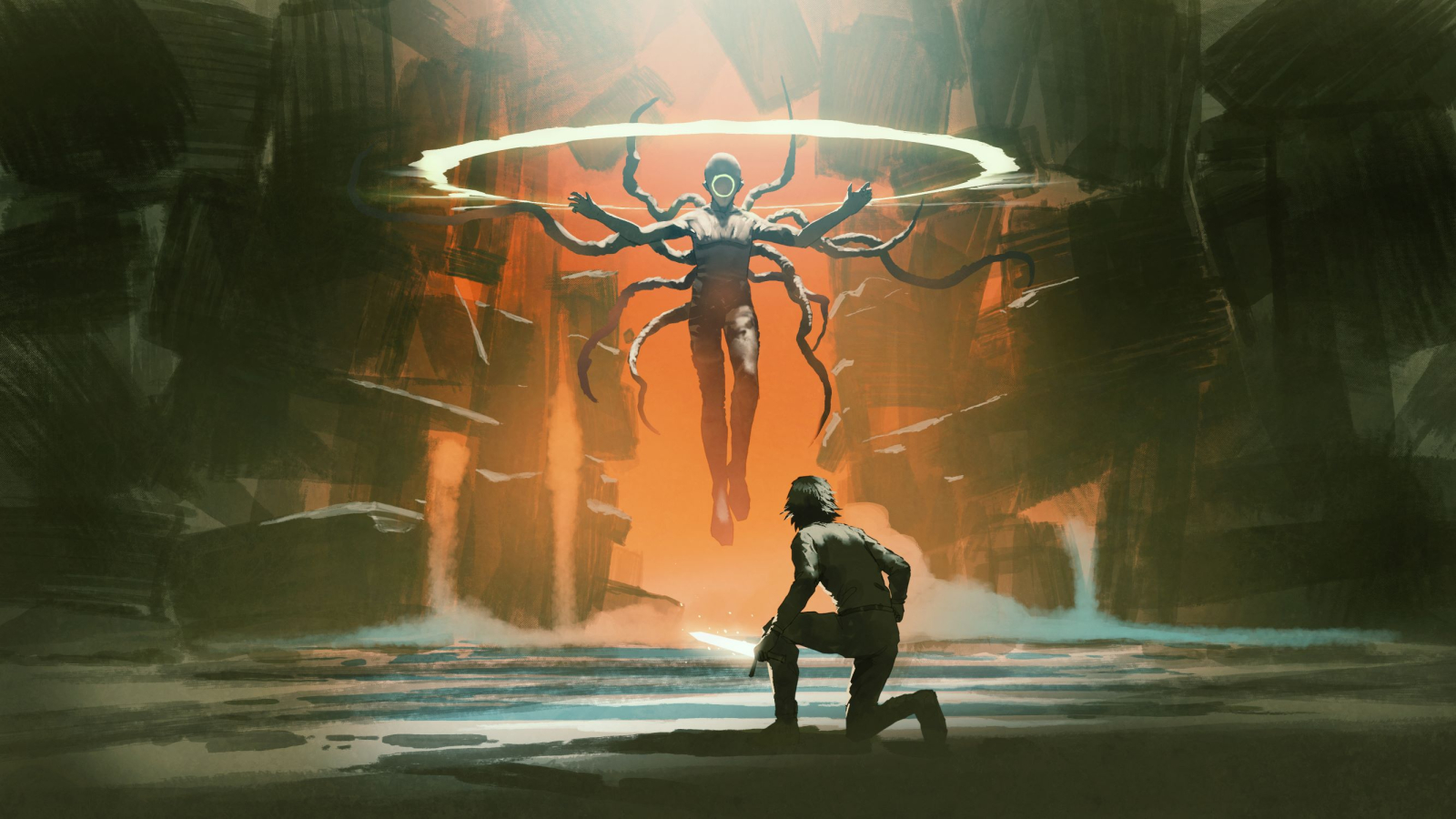 Mark of A God's Disfavour or the Divine Curse

Occasionally, someone annoys a god sufficiently for them to not smite them outright but make the punishment drags on. In some other cases, the mortal is out of reach from the gods because they are protected by another more powerful god or by the gods' rules—this is the case of nobles and the royal family, as well as other gods' high priests. In such cases, the mortal is considered to carry the mark of the god's disfavour. Or more colloquially, they're called "cursed".

The truth behind the curse

Of course, there is no proper curse, and this is just a popular conception. In reality, the gods are just so pissed off that they follow the mortal around to mess up with their day. They don't truly need to actually physically follow them; most of the time they can do that from the gods' realm or by floating around in the sky in an immaterial form, but still. This is an incredible level of pettiness. All major and most minor gods think they're far too good to actually do that for what they consider to be a mortal worm, but that's where the younger and less powerful gods come in; the other gods can hire them out to do this degrading work for them.

The main purpose of the "curse" is to teach other mortals that they better properly respect and honour the gods and to demonstrate that there exist fates far worse than death if they ever do so. Theoretically, if the individual who has offended the god throws themselves at their mercy, begs for forgiveness, and makes appropriate amends, the god could choose to be lenient. However, gods are highly unlikely to ever agree on what is "appropriate", and their leniency is more likely to be a coup de grâce.

Among what happened to people known to have offended the gods is: messing up with the weather and harvests, unlucky "accidental" fall of materials and instruments, spoilage of food and making everything taste bad, diseases on human and animals, sleeplessness and paranoia. While many of those effects could be considered a simple disagreement on their own, the accumulation of them lead the cursed individuals to alienate themselves from everyone else and slowly destroying their own lives.   Of course, sometimes the young gods charged with applying those curses slip a little and end up breaking the gods' rules by using too much magic in the mortal realm and damaging too much of it. Such cases are most often considered with indulgence by the gods' council charged with enforcing the rules, as after all, those gods are young and still learning, are they not? And anyway, it was just mortals...

How to appease gods through prayers and sacrifices

Gods are incredibly powerful entities that roam in our realm in search of entertainment—which they often find in causing destruction and misery. To ensure our survival, we appease them through the regular gift of a small amount of magic via worship.

When gods have a task that needs delicate handling, they take care of it themselves by resorting to the use of mortal vessels. More often than not, this does not end up well for the mortals in question...

While possessing mortals, gods are privy to their thoughts, and it is very easy for them to become offended. When death is not the outright consequence, a curse is not unlikely...

Answering: "a condition considered monstrous or "unlucky" by some"
Visit AmélieIS's Competition Page Check all other answers to this prompt Competition Homepage