The Enchanted Wood is a vast, magic-infused forest that circles the core of Etherea. It lies between the Evrani Plain and the mountain ranges that protect the kingdom on the outside. Home to elves, beastfolk, and all manner of other magical beings, the Wood is protected by an intricate web of divine power that has given the forest a sort of hive-mind sentience. Outsiders who have not trained or prepared themselves for travel within its reaches quickly find themselves lost or driven mad, or prey to the Wood's inhabitants. Those that defile the Wood or harm its denizens without cause are swiftly dealt with, either by the Wood's inhabitants or the trees themselves.

The Wood's magical web is anchored by the three World Trees, which rise far above the rest of the forest. C'Oros Baal, the Tree of Life, stands in the north, and is considered the elven capital. The Kingdom Council meets there for discussions, and the King of the Wood holds court at its crown. C'Oros Diin, the Tree of Dreams, stands in the southeast, and is the home of the Prince of the Wood, the King's chosen heir. The final World Tree, C'Oros Mialga, the Tree of Songs, once stood in the southwest. During an assault by Kilgrothian invaders, the tree was burned to the ground, creating a rift in the Wood's power.

The magic of the Enchanted Wood fuels its most powerful feature: Shifting. At times, the web of divine power will cause a section of the forest to swap with another, sometimes over great distances. Shifts occur in a completely unpredictable pattern, and the size affected and distance moved can vary greatly from Shift to Shift. They've been known to split large groups in two, which is why any group knows to bring a lengthy rope to keep themselves attached.

Although unpredictable, there is a way to tell when a Shift is about to occur: the Stilling. Just before a Shift takes place, the area to be affected will go completely silent and still. Normal woodland sounds will vanish, and any breeze will die. The length of the Stilling is proportionate to how far the Wood will Shift. When the Stilling ends, the area will be struck suddenly with violent winds blowing toward the center of the Shift. After a few seconds, the Shift takes place, and anyone or anything in the affected area will move with it.

The Wood's terrain is tricky at best and deadly at worst. Rolling hills and gullies are made even more dangerous by heavy undergrowth and the trees' massive roots. Numerous rivers and streams flow beneath the trees, sometimes cutting deep ravines in the landscape. Nearer the Evrani Plain, the land is more even and easier to travel for those accustomed to the Wood's magic. Closer to the World Trees, the Wood is harsher and the magic more protective, and unprepared travelers can easily find themselves suddenly stepping into unexpected pitfalls.

The most noticeable feature of the Wood is the trees themselves. Far larger than normal trees, they reach higher than even the tallest towers built by humans, with trunks thick enough for a dragon or two to circle them comfortably. Between them, the ground is riddled with heavy overgrowth. Though mostly ferns and thorny shrubs, the undergrowth also features rare magical plants and flowers highly sought after by alchemists and traders.

Besides the jungle in southern Caer Thalion, the Enchanted Wood houses the largest variety of beings and creatures on Dálnaes. Bears and wolves roam beside unicorns and chimeras, and faeries dance between the trees. Regardless of magical verses mundane, all creatures in the Wood are protected by the will of Drakala, the Queen of Beasts. The elves, centauri, and beastfolk enforce her will, ensuring that any hunters who travel the Wood are not abusing its bounty.

Though a thick and plentiful forest, lumberers are forbidden from taking any wood from the Enchanted Wood without the strict permission of the King. Even then, they take only from trees that have fallen or are otherwise dying. As most buildings in Etherea are made of stone or clay - a result of past conflicts with dragons - the humans very rarely need wood beyond what is available in the Evrani Plain.

Wild game is also plentiful within the Wood, though most hunters prefer to keep to the forests of the plain. Those who do venture into the Wood are required to carry a permit granted by Etherean royalty and abide by the Wood's laws.

The Wood contains a great number of plants sought after by alchemists and healers. Like hunters, any herbalist seeking access to the Wood's bounty must bear a royal permit.

At present, there is only one mine operating within the Wood. It sits within a rocky canyon in the southwestern Wood, and its overseers are careful to keep the miners from crossing the Wood's laws. Other kingdom mines dot the edges of the mountains beyond the Wood and the few rocky areas of the Evrani Plain. 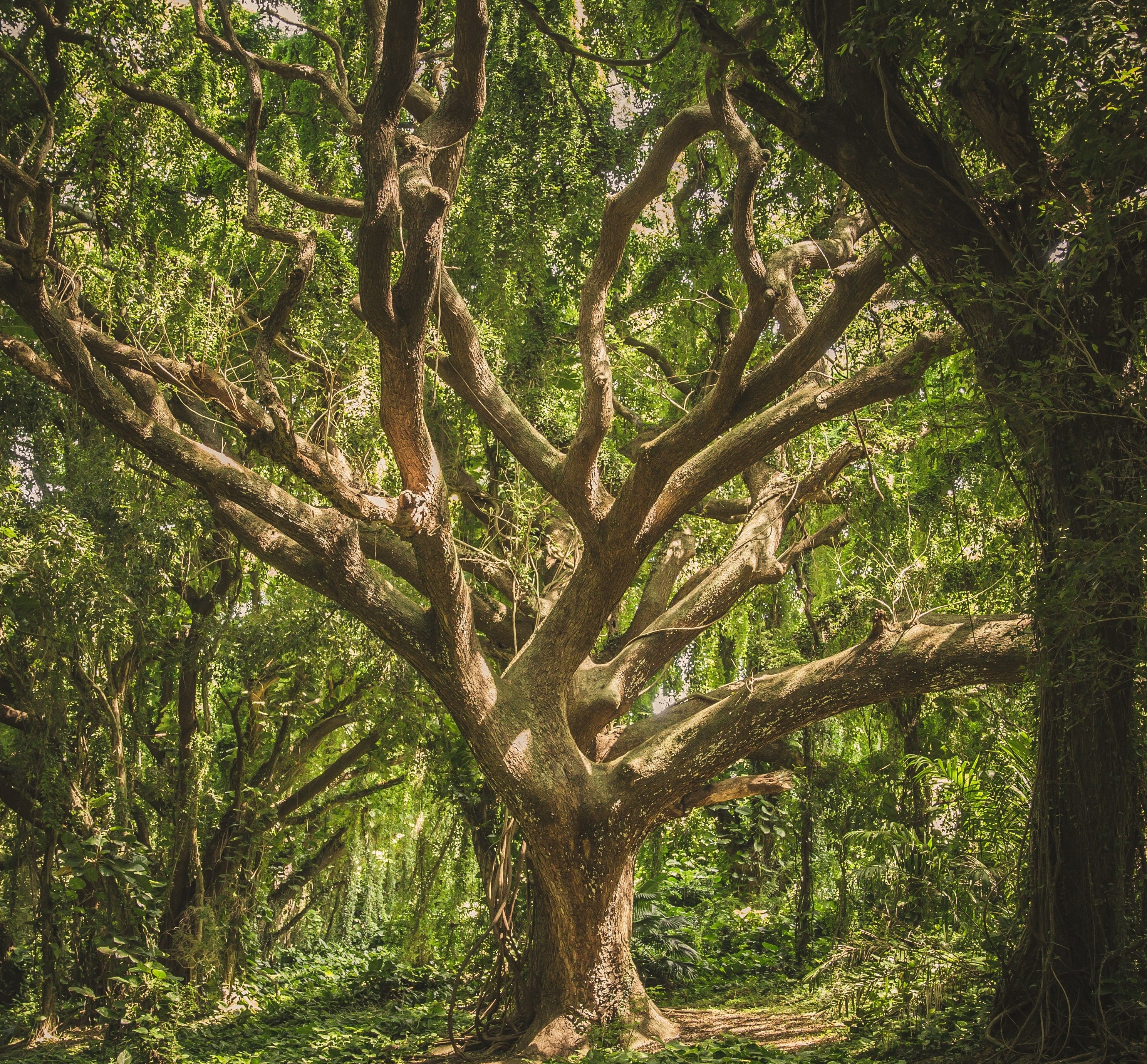