The Urugal is the galactic underworld where martial artists test themselves and cultivate their arts. At least, that is what its members say if asked. In reality, the Urugal is the umbrella term for the galactic underground where numerous sects, schools, bands, escort companies, and secret societies interact with each other out of the sight of the political powers that be. Too many organizations exist to ascribe a single or even unifying motive guiding them. They all pay lip service to the code of the Ur-san and the arts of the Lu-gan.   Originating within the An-sarra Empire, the Urugal was a prominent subculture on the their home world that spread its ethics and guiding principles throughout the galaxy, growing even faster than the empire from which they arose. The non-hierarchical governance and camaraderie, as well and the powers developed by cultivating arts, provided a better structure than the disparate cartels and syndicates that preceded it.   As the An-sarra Lu-gan spread through the galaxy, they encountered the arts and mysteries of the myriad worlds they stepped upon. Far from collecting these arts into a single school or systematic understanding, new schools and sects grew in the Gu-tir. The code of the Ur-san and the methods of the Lu-gan gave rive to a vibrant counterculture that benefited from its invisibility to those outside its borders.   The earliest sects all credit their founding in some way to Mu Bai Lien, a wandering Ur-san who renounced his citizenship in the An-ki. It is impossible to know what worlds he actually visited. The number of worlds that claim he visited them is so long it would be nearly impossible for him to have visited them all. He was born on Shar-ushum and is said to be a founding member of its separatist movement. His legendary prowess and adventures formed the earliest core mythology of the galactic Urugal. Whether or not he actually visited any of the world that claim him, his legacy chained the course of galactic history.   First and foremost in the minds of the Ur-san is the cultivation of inner strength, or San. This inner strength is developed through rigorous exercise and legendary deeps that hone the spirit of the practitioner enabling numerous amazing abilities for light body technique, which allow the Lu-gan to run through the air in great leaps, to iron skin technique which hards the flesh making it virtually impervious. These are only some of the powers taught in the Ki-niri and Im-sarra zealously guarded by the sects of the Gan-shar.   To most of the major powers of the galaxy, the Urugal is little more than a myth. It is a legend told by fighters in the arenas to add a mystique to their abilities. The sects of the Urugal regard the many major and regional powers with grave suspicion. The core ideals of the Gan-shar reject the centralization of authority into such institutions. They refer to those on the path to corporate or political power as those who walk the Sila-a-san, the path to madness or scattered strength. 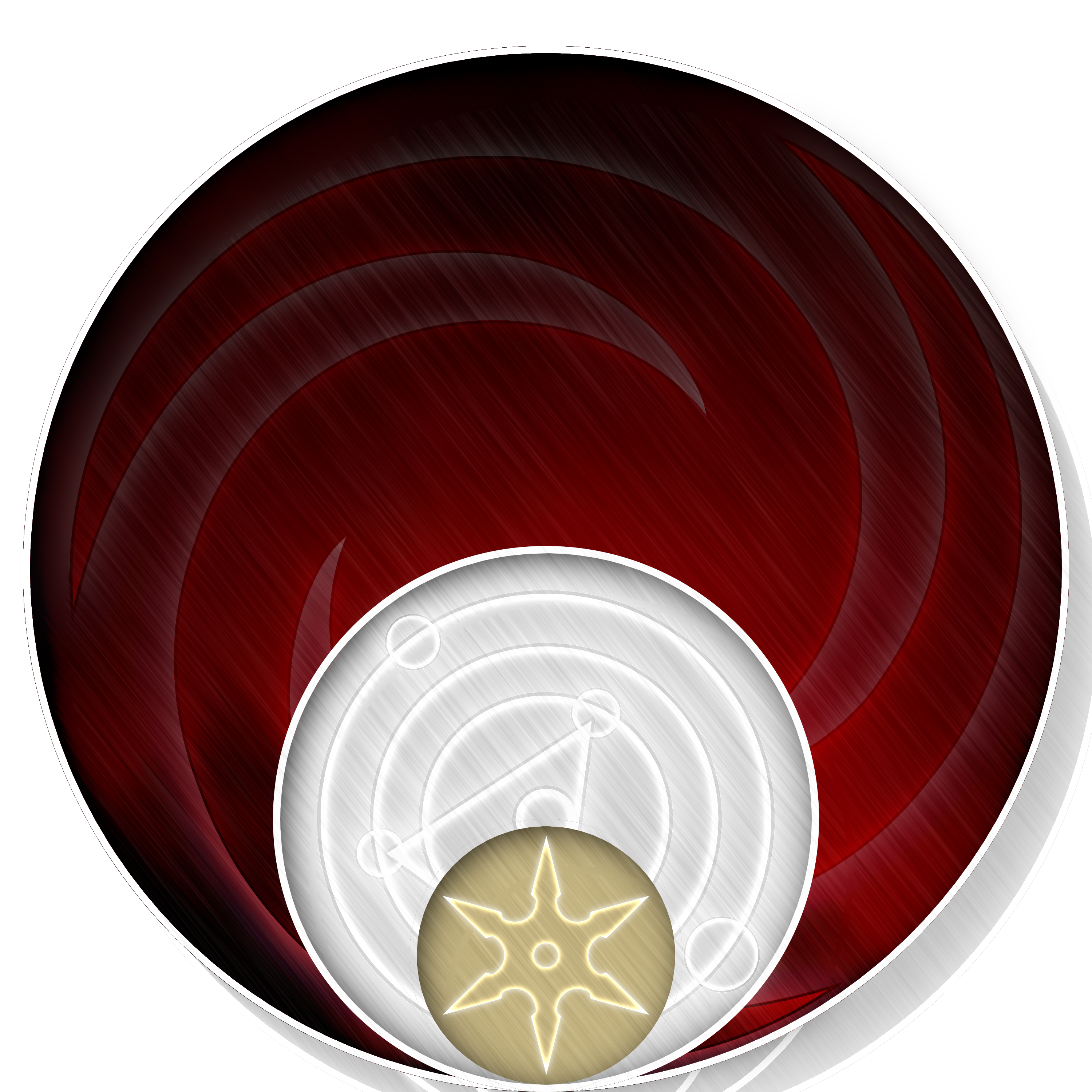 There is no real organizing structure to the Urugal. While the various sects, schools, bands, clans, companies may have rigid or deep structure, the Gu-tir itself has no formal structure other than the code of the Ur-san. The biggest problem with this code is that there is no canonical version of it. Every group has their own version, but most agree on the fundamental elements: benevolence, courage, loyalty, and righteousness, though the definition of these term varies as well.

Those few outside the Gan-shar who have heard of it either view it either as the realm of fighters who strive for perfection in their arts or as a criminal underworld. As a result the actions of the Erim of the Sila-a-san are often confused for the Ur-san of Urugal, but the desire for anonymity so so strong little work is done to correct the record.

Originally, the Urugal was the An-sarran underworld where gods and monsters fought over the fate of the cosmos. Over time, as the Gu-tir grew in power and prominence the gods of the underworld became associated with their weapon of choice more than force of nature they originally represented. These eighteen gods are the patrons of the weapons and fighting styles popular among those first Lu-gan.

The Eighteen Gods of the Urugal

As the An-sarra ventured out into space, they carried the Gan-shar and its mythology with them into the galaxy. While other worlds had discovered the cultivated arts of the Nir-tilla, this systematized mythos and vocabulary became a standard, even as it filtered and translated into the languages and cultures of each world it touched.

While the Urugal isn't a religion or a government in a proper and true sense, there are three articles of faith to which its members adhere.

San is an internal power possessed by all things, animate and inanimate. It is most commonly understood as a strength that can be cultivated and matured with the individual and and power that can be harness from exterior sources. It is not a unified or unifying force in the same way that lightning is electricity but electricity is not exclusively lightning. Simply, it is the innate energy of a thing that reflects the qualities of the thing itself at its most fundamental nature.

Gan-shar, The world of Cultivation

The world of cultivation is synonymous with Gu-tir, the martial forest. While it is often used interchangeably Urugal, even though not all the people who walk in the underworld cultivate their energy. Gan-shar literally means cultivated garden. It was originally contrasted with the wild, chaos of the martial forest. It signified the structured work of the sect as opposed to the random cultivation performed by those without a house. Over time, solitary Lu-gan became so rare that the distinction was lost entirely.   When an Ur-san discusses the Gan-shar, they are talking about those who have worked to cultivate their energy and who practice their arts regularly. If not, then the powers will go wild and lose their structure. Most do not know the origin of the tern, though tradition continues the idea even now.

Sila-a-san, (the road to madness, demons, or scattered strength)

The Sila-a-san is the opposite of the Gan-shar, and it named either in quite whispers or shouted threats. Once an Ur-san leaves the orthodox path, the called Erim, foreigners, and are said to leave the martial forest on the road to madness. In many schools, the Sila-a-san is the home of demons who seek to devour and corrupt those who go astray. Even when demons and the like are not invoked there is an idea heretical work of the lost Erim has driven them to madness and eventual destruction.

Stay in the forest, my child, for the path is lined with horror longing to take your mind and consume your force.
— Mu Bai Lien

Sang is the heart of what it means to be an Ur-san, it is the willingness and duty to help those in need. It differs from Arthush (compassion) in that it is active. Compassion is felt, benevolence is enacted. An Ur-san who doesn't take action to relieve the suffering of others when they have the power to do so is frowned upon and if the inaction continues they may be considered a heretic or outcast.

The Ur-san understand loyalty differently from the way that word is commonly employed. Loyalty should never be invested in a state, person, or ideology. These are considered aspects of Sila-a-san, (the road to madness, demons, or scattered strength). Instead, loyalty is a measure of truth and honesty. Does the Ur-san keep their word? Do they lie, break oaths, betray others? Then they will be considered a heretic or outcast.

Para is not the absence of fear, it is the cultivated ability to pass over or stretch beyond the obstacles that face the Ur-san. Dying in a fight that cannot be won is not bravery. Self-sacrifice to save others would be. It demonstrates the heroes capacity to rise above their own self interest to aid others.   This is not the only or the most prized demonstration of Para. Most Ur-san will have to overcome numerous obstacles in the Gan-shar and stretch themselves to pursue their goals or fulfill their oaths. These are the most treasured stories and demonstrate deep levels of cultivation.

Righteousness may be the most amorphous aspect to the ethics of the Urugal. While it entails elements of the previous parts of the code, it also indicates a certain integrity or honesty to oneself and ones path through the Gu-tir. Adding to the confusion is that each sect has their own interpretation and code of righteousness that they expect their members to live up to. Doing so demonstrates both Lu-zi, but also Shu-dim-ma to the oaths they took to their sect.

While the specifics of arts taught within the various sects, schools, clans, bands, and companies of the Urugal are specific to them, there are certain shared arts that most, if not every group teach in some degree to their members. These are all based on the cultivation of San, strength, and internal power that they call on to work wonders.

Only members of the Sila-a-san support the power of empire, or join a state to take action. The Urugal is and always should be separate from the official power structures of the A-ru-a, the desert or wasteland of politics, but that doesn't mean that a righteous and orthodox Ur-san or sect to interfere in the unjust workings of such a power, or even assist an unfortunate who finds themselves in the employ of a state or business.   If the power of the A-ru-a is not kept in check, its weeds cleared, and it flowers encouraged from time to time, then all will be lost in the galaxy. No right house in the Urugal is or has been in the employ of a State or Corporation, and the few born from such soil quickly left the desert for the forest where they could survive away from the harsh gaze of power.   There are more rumors about the Gan-shar interfering with those of the A-ru-a than incidents of it actually occurring.   Those on the Sila-a-san on the other hand have no compunction about interfering with or even working for or with the states and corporations of the A-ru-a.

Honor is our life, faith our soul, and perfection our blood. 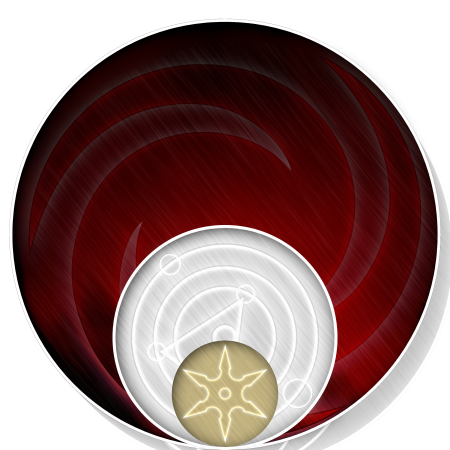