Silence!
Already you disappoint.
If yourselves can not follow simple rules, I pity the citizens who will look to you for assistance and guidance.
Welcome to the University of Devotions. Here you will become a Paragon.
If you fail we will gladly expel you. But, you will not return to your families and homes, instead you will sacrifice your Breath and enter the Faid.
No matter how, you are now part of our honoured organization.
Each of you has been given a Tablet. Follow the instructions on care and use. Irresponsibility will be corrected.

There are always questions on this first day. I have categorized them as follows;

Questions I will not answer include:

Questions I will generally answer include:

Who can I seek for assistance in my lessons?
You have a team of 2nd ClassCitizens who will make themselves available to you should you need help. They may expect compensation.

What is a Confidentiality Protocol?
Their proper name is the Strictures of Confidentiality. It is imperative that you master these up to the 3rd Stricture; no more. They will keep you safe. The pursuit of understanding for itself is not a virtue and contrary to the Law.

Am I being watched?
You are constantly being assessed. There may be moments, later, when you have the skill and rank to merit privacy. Please act as if you were not being watched. It's much simpler.

What is the worse thing that can happen to me here?
There are many things that can happen to you. They are detailed within the Strictures of Disciplines. I encourage you to examine them. I still find them to be illuminating even now.

How was I chosen?
You have been blessed with the ability to use Breath to influence the Realm. If this talent is untrained you will harm others and disrupt the peace of the Realm. Some volunteered as lawful citizens, some recruited by Instructors due to their ignorance of their nature, and some commanded by civil law for crimes committed through reckless use of Breath.

Answers to that third category can be found in your Tablet. Which one of you can provide an answer first for the rest of your ClassCitizens?

Transcribed Lecture - Organization
- Tablet of Jara’LoAt, 1St ClassCitizen. The Three determined, guided by the Devouring Mother, that the goal of the Paragons could best be achieved by creating an organization at the heart of the Realm.

Two departments have The Six leading them. Administrators have six Directors and Instructors have Six Judgmentors.
The Pioneers are lead by the Devouring Mother.

You have been given a simplified organizational chart. You must memorize this chart. Soon we will discuss identifying regalia and codes. You will encounter Paragaons who may not be displaying their affiliation to the Law.

Our organization receives authority from the Founders, labelled Ztofn-dur on the chart. The only founder alive currently is the Devouring Mother. The 13 Appointed, labeled the Kauma Toru, operate independently of the University structure and maintain the piety of the Six. I will not answer questions regarding these structures.

The Department of Instruction is still the largest department and still the most active. Junior Agents in the field teach citizens the Law and help maintain peace. Senior ranks manage a roster of Junior Agents and may be invited back to the University to instruct.

The Department of Pioneers is solely responsible to the Devouring Mother. They are the finest killers of us.

Glory to the Devouring Mother.

Instructional Map - Ministry of Paragons
Open full size
This is a simplified organizational map distributed to FirstClassmen at the University of Devotions .

Maintain law, peace and prosperity through the will of the Devouring Mother.

Paragons have any assets of their locality and access to the Ancient Wisdoms.

Here within is contained documents which pertain to our ancient histories. Enact Confidentiality Protocol 5.22.15
RE: Taint Director Jedek-Byra's proposal discussed 223th of the 21st, 5th of Fers’v-ilk.

I commend the Director's initiative in drafting a proposal to correct various historical issues and inconsistencies with the eras pre-Stabilization.


Significant evidence exists that citizen's are still uncertain of the Facts. This uncertainty increases the risk of spontaneous discovery.
Consider the following:
The Appointments (302Rs) - This event has become Mythical. Analytics predicts that to shift this event closer to the Factual a multi-decade Reclamation Pogrom will be required.

The Nines (303-345Rs) - The Founders kept detailed accounts of their process and their reasons for selecting the Nine. These documents are held in the University archives. Culturally, this event is completely unknown.

The concern that there are still a number of remnant data contrary to the Cultural understanding is fair, but any anomalous facts can easily be attributed to the Outcast per the Confidentiality Protocols. Glory to the Devouring Mother.

The Rise of the Pinnacle (360-377Rs) - This event has little or no discrepancies of note. The Pinnacle was completed, populated, and the University moved. There are detailed records of this event held by both our organization and the Brotherhood, and they are synchronized. This event helped solidify a cultural identity for the Realm due to the decision to populate the Pinnacle with citizens from every geo-political zone of the Realm.

The Six (423Rs) - Following the completion of the Six realm capitals, we quickly established authoritative presence in each. This process is not understood in the Culture of the realm as an event, but rather a gradual progression of service provision, more organic than pre-determined. The Devouring Mother's provision of guidance and tested methodology, Glory-To-Her, was instrumental in our successful implementation. It would be possible to easily adjust the 'tone' of this event. ref. Lensing.

Dey-Sek's Shame (467-470Rs) - This event has been successfully expunged to the Mythical. Dey-Sek is understood to be a evil relic of the Devastation and considered myth or demon. The Brotherhood perpetuates this myth as pseudo-religion by secretly supporting outbreaks of worship every few generations. Any facts are known only to us or to core Outcast members.

Incident Zero (483Rs) - There is no account of this event in Culture. Instructor of Devotions Jerl-Kuma and their actions in the Dwarf village of Abadeer, the village itself,and the people of the village have been completely forgotten. The ruins have been hidden and dissolved. I am reassured that the Director does not wish to recover this event.

The Burning of Or-Aht (540Rs) - The razing of Nathick has been a very vexing event in our history. Knowledge of key data remains within the near Factual. The following data has have a high CRQ:
Name of the city of Nathick. Recollection of this name is maintained through oral histories, ciphered writings, and underground gatherings of 'lore keepers.’ We have already allocated significant resources to manage this issue.
Association with Paragons. There is vague recollection that our organization was involved in this event. This uncertainty fuels curiosity.
The name of Taint Master Or-aht has become mythical. The citizens of the region have taken this name and given it to a night terror used in fairy-tale stories for children. It is still loosely associated with the destruction of Nathick.
This event should be addressed. Extensive risk and cost assessment have already been done, so the addition of further resources can be expedited.

Memorial of the Fallen (730Rs) - This event has little or no discrepancies of note. The physical presence of the Devouring Mother during this event creates a Fixed Point of Cultural knowledge. The memorial is a pilgrimage site, remains well maintained by the local citizens with the support of the Brotherhood, and supports our programs of positive social branding. I might suggest that a second or third site be recovered should the Six desire to increase the impact of our positive social brand.

The Naming of the Outcasts (1153Rs) - This event is Factual. It would be very difficult to adjust the details of this event. For thousands of years of Prosperity it has been used to fuel our progrom against the Outcast Faction. The burning of Ur-Moaza and the thousands of Citizens that died in that incident has taken permanent root in Culture. The success of our influence of the perceptions and understandings of this event rests in our historic proactive actions regarding data flow management, counter-data deployment and our proactive adaptation of Confidentiality Protocols. Many Administrators and Instructors attribute the high acceptance of the Realm of the Third Pronouncements to this event.
Glory to Her.

The Cleansing of the Glaze (1206-1278Rs) - This is a Fixed Point. Our actions in the quashing of the Outcast revolt in the The Glaze have been successfully concealed with the facts known to the realm as the Four Generation Fire. Points to consider for future action and deployments:
This event represents our organizations first deployment of resources that critically changed the geo and social structure of the Realm. From a historical perspective it was a complete success. No factual knowledge of the Glaze as an extension of Nur-ymir exists in Culture.
Human society has completely re-remembered any pre-history to this event. And, any rumor or whisper to the contrary of this history is vehemently disavowed by Humans and Glaze citizens.
The Outcasts suffered such a terrible loss that they have remained underground, ineffectual, and regardless of any legacy of Dey-Sek, incapable of overtly compromising the peace and glory of the Devouring Mother.
The measures and sacrifices of our organization are still studied actively by Harm Masters who are deployed into the Glaze to provide them correct context and understanding of what they should note. I am reassured that the Director does not wish to recover any facts about this event. It is prediction of Solitude Master Administrators is that in the next few millennia this event will pass into the Mythical.

The Third Pronouncements (1282Rs) - Soon after this event many Field Agents and some University staff had difficulty accepting our new authority. Internally, the decision to place relevant briefs and artifacts under Confidentiality Protocols was probably best at the time. Sufficient time may have passed, and the prosperous outcomes seen, to recover some appropriate facts to better inform Field Agents and University Staff.
I have attached a summary time line of the events discussed.
Thank you for your consideration of my thoughts. As always your servant,
Solitute Master Stoj-Anbur 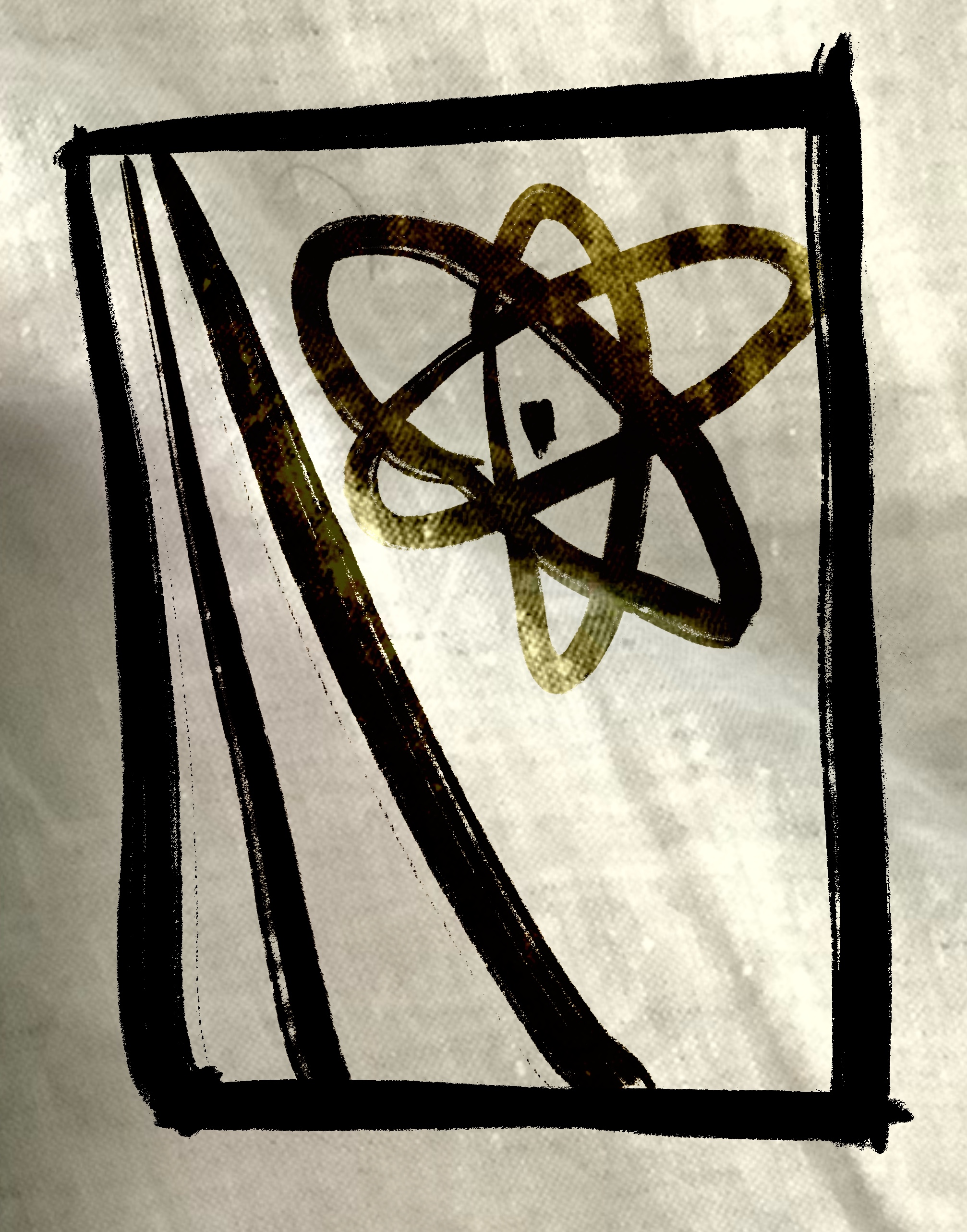 Articles under The Paragons - Meta

Yes, that is the theme I am hoping to create and maintain. I've always been interested in the idea of cultures after oppressive regimes succeed, and is oppression a matter of having an out of the fishbowl perspective?