Even the dead have to eat.   It is not wise to leave them hungry.
— Amare Xu, Tshoggan Magistrate

The Feast of Ashes is a traditional banquet laid out for the deceased in honor of who they were in life. The mummified corpse, or corpses, are seated in places of honor at the table and a magnificent feast is laid out before them. Such meals must be fit for the dead, lavishly decorated and made with things seldom edible by the living.

Eat well - death is a long journey to walk.

As the dying leave their flesh behind and become spirit, they embark on a long journey to whatever lies beyond. Like any pilgrim, they require sustenance to make the trek. It falls to the living to provide it, if only to avoid becoming a meal themselves. With this, the Feast of Ashes honors and placates the dead, allowing them to make their way into the life beyond.   The Feast is a four-course meal and ceremony, each meal corresponding to both a step in the rite and a part of the deceased's existence. Celebrants extoll the virtues of the dead at each stage of their life, and end every meal with a drink of strong spirits.

It is considered inauspicious if nothing can be said of the dead, so minor traits or misadventures are often exaggerated. Those who speak walk a fine balance between tasteful embellishment and dishonoring lies.

The meals made for the dead focus more on appearance than actual taste, often using ingredients that are inedible or even dangerous but look impressive. Some chefs are so dedicated to crafting the perfect dish for a hungry spirit that even sitting at the table can be perilous. For some, it's a practical matter - unless they eat, they'll soon join the dead, after all. If the spirit is pleased enough by a majestic simulacrum of a meal, all the more reason to keep the palatable food for themselves. 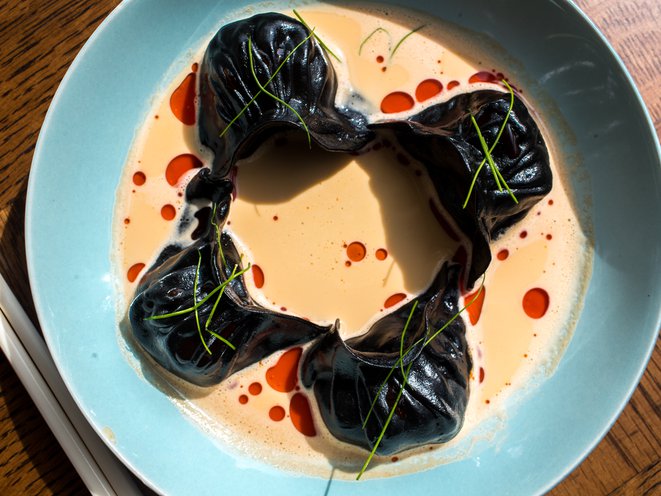 by Scott Heins/Gothamist
The first meal of the feast is traditional something light and honors the dead's youth, from early childhood until adulthood.   The most common first dish is Khanuur; a leech stuffed with mushroom, meat, fungi, fish, then roasted. For the Ashes, the stuffings are sometimes replaced with bones, made to jut out of the leech, or even precious metals and gemstone. The exterior of the leech is similarly decorated, and they are served in a light soup with a side of fungi. It is a popular dish in Tshoggan, for both dead and living.


These valuables are quietly retrieved once the ceremony has ended and the honored dead has smiled upon them.

When times are tough, which is often, or the celebrants poor, they often replace dishes with imitations. These are typically carved from bone, petrified mushroom, or other cheap material, often engraved with promises of better fare for the deceased when fortunes are better.
The second stage celebrates the adult life of the dead and typically focuses on their accomplishments and victories. Here, the main dishes are served and it is not uncommon for celebrants to present their contributions one after another in a sort of one-upmanship to see who might earn the favor of the spirit.   These dishes are often made to look as extravagant as possible, with the least considerations made for their taste. Poisonous beasts are butchered and cooked, plated in the most pleasing manner they can, seasoned with shimmering quartz dust or even metals. Anything goes, and celebrants who make the meal here are more artisans than chefs. 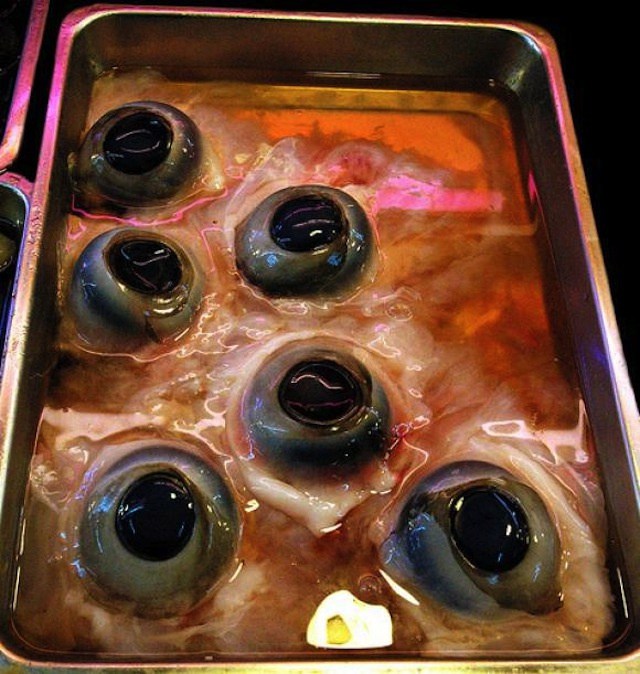 by Keiko Pham
A few wealthy patrons even sponsor the creation of meals made entirely from precious material by skilled corpse-crafters, but this is generally frowned upon. Such sculptures, when not born from necessity, are seen as cheating.

Some, however, insist on only making meals that can also be eaten. After all, they argue, what good is a meal that cannot be eaten?

Tshoggan   The Feast is practiced primarily in Tshoggan and the Khasanganay region. It is a city-state built on old atrocities exchanged between warring people, many of its traditions and rites are amalgamations between conquered and conquerers. The feast, and all its corpse-worshipping, is born from this violent union.   Read More About Tshoggan

No feast is complete without strong drink and being dead doesn't change that. Alcohol is always served at the Feast, marking the beginning and end of each stage of the ceremony and inuring the squeamish to their mummified dinner companions.   The dead have their own drink, made from leeches and strong alcohol. The drink, sometimes called sacrement, takes well-fed leeches and drowns them in the booze. As they die, the leeches vomit their meal into the drink, which is then mixed, and served to the honored dead.

On occasion, the very brave or very foolish will toast with the dead using their own drink, almost invariably becoming sick in the process.

Speaking for the Dead

Sometimes, the Feast requires the dead to speak - to either lavish praise on those who have provided well for it or condemn those who have made a poor showing. Celebrants usually employ a young child to play this part and have them hide behind the seat of the honored dead.   Some children use the opportunity to play pranks or insult adults they don't like, hiding behind a corpse. Striking the dead would be unthinkable during a Feast, but many such pranksters find the consequences comes after festivities have ended. 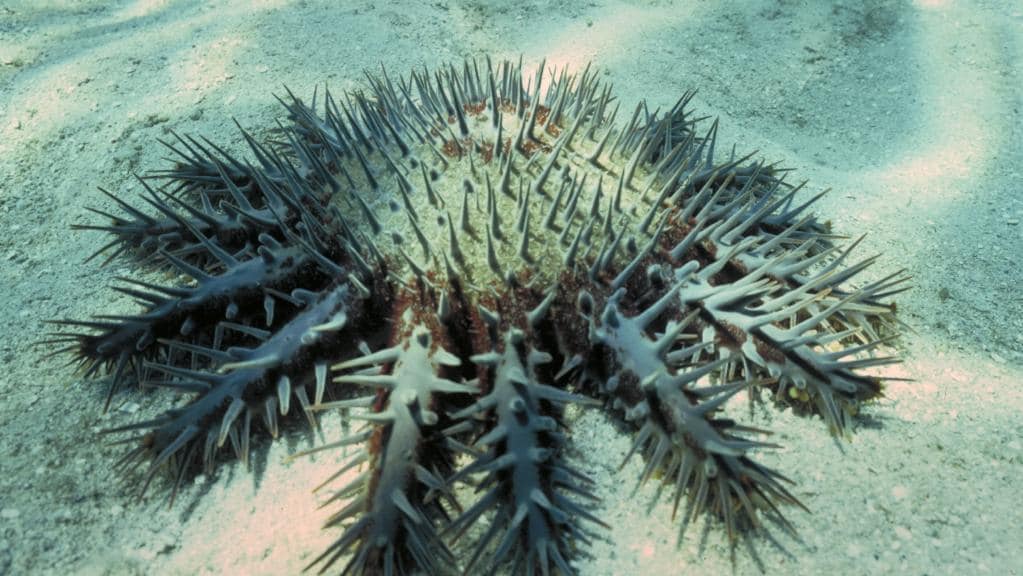 by Scott Heins/Gothamist
The third stage is a more somber affair, recounting the death of the feasting corpse and how they died. Here, more than anywhere else, considerable liberties are afforded in how it is depicted, especially if the death was gruesome or disturbing. Even then, the most mundane end often comes with unpleasant or embarrassing details which are skimmed over in favor of a more dramatic, virtuous version. Here, a smaller meal is served, usually consisting of several dishes, selected for color and impact.   At the last stage, the Feast celebrates not some aspect of the honored dead's life, but what has come after. Served with dessert and plenty of strong alcohol, Wu makes predictions on the deceased journey into the afterlife and what favors they have passed upon the living. There is song and dance - sometimes including the corpse - and the Feast comes to an end.

We'll all get there, sooner or later. What matters is was comes after.

Tshoggan has a complicated relationship with their dead. The Wu call on the spirits of the dead for guidence or cook corpses in their cauldron to power their spells, while the native Xuats keep vast crypt-caves for hallowed ancestors. The Feast of Ashes is one tradition among many, recently at the front of a spiritual struggle between Shikei and the priestly Wu.   Just as the dead can punish the living, so too can the living gain vengeance on the deceased. Death, to those who live in Tshoggan, can be a nebulous state.

Not all dead are honored. Those who have committed crimes are held to account for it, even after they are dead. Corpses of criminals and traitors are kept shackled and locked away, or even beaten and tortured until their punishments have been served in full.   For every tradition like the Feast, where the dead are honored and worshipped, another is there to punish an unruly ghost.   In Tshoggan, dying is no excuse and no escape.

Death is no excuse for justice to end. Imprison the corpse until its sentence is rightly served.

The Feast of Ashes is currently in ascendance, and it has become a growing fad among the wealthy and powerful to have their bodies mummified upon death. The expense of keeping their corpse safe and well-fed through the Feast is as much a statement to their power as anything they've done while alive. With every feast, the influence of the Wu grows, and the traditions of Shikei shrink in importance.

I am sorry I might have missed it but .. who is ACTUALLY eating the food ?

If it's edible, the people celebrating. If it's not, no one. The food is displayed, then discarded. I'll add something about that after the challenge when I have more words to work with.   Thanks for reading and commenting! :D

What's this?? Fresh Araea content?? It's my lucky day :D   And of course, what an excellent article. I love how it's all about remembering the life of the deceased, and crafting these wild meals based on it. The differences between edible and non-edible arrangements are great, too!   I was a little confused by a couple terms used in the article:   With "For the Ashes, the stuffings are sometimes replaced with bones" I take it 'Ashes' mean the Dead person in question?   And then with "Wu makes predictions on the deceased journey into the afterlife", I see at the bottom of the article they're some kind of brewer, but I just wasn't quite sure how they fit into this tradition.   Other than that though, everything was perfect :D I really enjoy how people tastefully embellish the stories of the honored dead person, too. Great work Q <3

Thank you :D I will get back to this one and fix things once I return to this one.   Soon! More Arae :D

That's an interesting ritual. Also, leech alcohol sounds like something fun to get blasted on. By the way, all the food is decorated, but what about the corpse? Are they richly dressed, with jewels and all? Or just mummified? Do the spirits pause to see how the ritual is going? Because I can't shake the idea of a spirit laughing his ass off because of a master-class joke his grandkid is pulling on everyone.

Ghosts aren't actually a thing in Araea - this is all superstition - but I'm sure that some might think they do.   They will definitely dress up the body too - I just ran out of words :D I will add that when I do a second pass on this   Thanks for reading and commenting!

This might be a silly question but.... Can the dead not be pleased with their meal? is there a consequence for not pleasing the dead? Oh, and what happens if it is not enough to sustain them through their journey? Idk, now I'm curious, so good job :)

For sure - the kiddo will let them know if they've done a poor job or broken with tradition. Some don't, because they don't dare or the person who has messed up is very important/powerful.   As for consequence, probably some haunting shenanigans. I'll have to think about that. Same for there not being enough food - though, ghosts aren't actually a thing in Araea, so it is all supersition :D   Thank you :D

I love the tidbit about kids pretending to speak for the dead. I can absolutely see mine causing a ruckus this way. And being very obvious that it's them, haha.

I love this tradition so much. I love that each course represents something to do with deceased.