Ward of the Sun

Round shield of King Charles


"Is this... King Charles's shield? So they brought it here after the disbandment? Huh... This whole story still sounds weird to me..."
— Zeke Lionhart


A relic once belonging to King Charles, the Ward of the Sun was an inspirational symbol to the Steel Wardens, but since their disbandment it was claimed by King Abraham II and now sits on the walls of the Dawn Keep.

When Charles Maine joined the Resistance, he took a family heirloom, his father's old shield that used to decorate their home, and restored it to its glory. With a new paint job, he used the shield throughout the rebellion, which became a symbol of him and his leadership. When Charles was made king, he gifted the shield to the Wardens and named in tribute to them, and it sat in Fort Edgemourn for nearly two centuries. And when the Wardens were disbanded, the shield was then taken to the Dawn Keep, as Abraham II claimed it to be his rightful heirloom now.

It is unknown that, when King Charles died, his soul bonded to the Ward. And as expected from a bonded item, the shield gained the ability to defend the holder from incoming attacks, creating aetherial wards before the strikes connect. But as said, this ability is unknown since the shield was never used after Charles died. 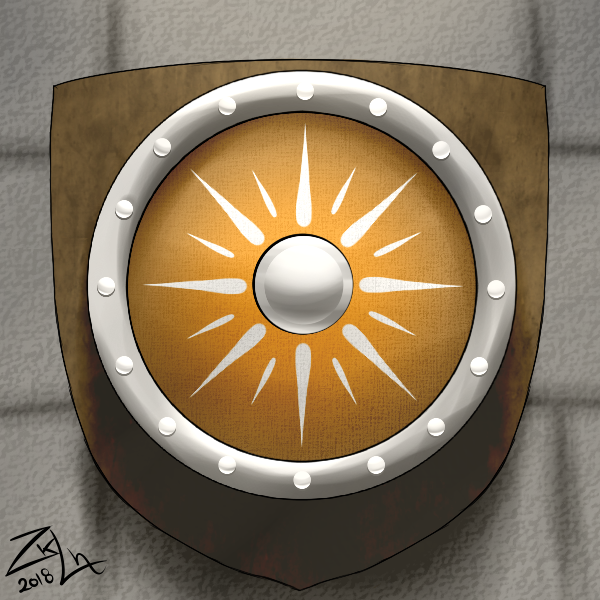 Remove these ads. Join the Worldbuilders Guild
Others from Archana