The bridge between Order and Chaos


"Yes, Light, life, courage, goodness. That's all good and all... But beware. It is also very mischievous."
— Achard Lionhart, the Adamantine Lion


Light is by far the most revered element among Humans, though it's not as often used as magic. Its promises of life and protection are something that has always enthralled humanity, and that hasn't changed. Light may often present itself as a trap too, and can easily be abused to manipulate others.

Light is the element of Life; it represents peace, preservation, courage, lies, and the comforts of life. As the light of the Sun brings life to the world, the whole concept of this element revolves around preserving and protecting life. Light opposes Dark - where one seeks to extend life, the other seeks to end it. For an individual without Light, every second is just another moment until the end. For one who bathes in the purest Light, its bright shine may easily blind them to things, seeing only what is to their convenience.

Despite being of the Order type and aim to preserve life, Light is an element that creates half of the bridge to Balance. At the same time that it works defensively, it creates the needed courage to strengthen the 3 main elements of Chaos. Without Light's bravery, Emotion, Defiance and Freedom cannot work towards ultimate Balance.

To an adept of Light life is sacred and, therefore, must be preserved at all costs. For that, Light adepts are often over-protective and inspiring, but constantly keep themselves and others away from problems and conflicts. Ironically, this will to preserve may inhibit the inspiring courage of the element.

The manipulation of the Light element consists in protecting life in all forms. For that, its martial and magical styles always revolve around protecting the living and destroying what opposes them. Light adepts are specialized in healing and purification.

Among Light spells, there are the basic manipulation of the element, wound regeneration and the creation of protective wards. More powerful adepts can become invisible, create illusions and energy fields to fend off and destroy the undead.

The concept of Life gives this type of magic a different style than what is expected from an Order-type element. At the same time that Light fights defensively, it inspires the offensive. An adept of Light never seeks combat for enjoyment or any other mundane reasons. They only try to protect people from danger.

Bridge between Order and Chaos

Light and Dark are opposite elements, which means they clash with equal strength, canceling each other out. Life seeks to preserve itself all costs while Death comes to end it, but true balance lies in the realization that a life without harm and hardships is not a good life, as there will be no thrill at all if everything is always good - it is the bad moments that make the good ones stand out. In battle, an adept of Light heals and bolsters, which often matches the decay and miasma spells of a Dark adept.

As the connection of the element of Order, Light has a peculiar relationship to its other 3 brothers. It has strong control over their existence, a trump card against their overgrowth. Tradition, Acceptance, and Reason work by themselves in tandem, and Life comes in to keep them from going out of balance. Still, should the Light get out of control, it can underpower any or all of those three, weakening them too much and breaking the chain of balance, making them go void.

On the other hand, Light is able to bolster the three main elements of Chaos. They work their best when given strong motivations, and there is no stronger motivation than enjoying Life. Freedom, Defiance and Emotion work in a closed cycle and Light can feed them to make any or all of them bigger and stronger.

Unlike the other elements, Light does not go void by itself. Instead, if Dark is unduly fed, it grows too strong and brings the elements of Chaos down, until they break one by one. Once this happens, there will be no energy to fuel Light, let alone that the elements of Order will have no opposing limitations and will grow strong, sucking the energy out of Light and weakening it until it goes void and Dark wins. A short-lived victory though, as in time the lack of opposition makes Dark falter too, bringing the whole cycle into the void. 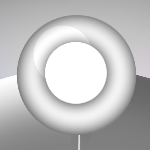