"Even though at a young age, Amice already possessed a unique determination. She was, indeed, able to weave lightning, but she opted to keep that to herself and climb the steps of her path by her own might - and ironically, that just might have made her magic stronger for the day when it was necessary."
— excerpt from the ''Biography of Lady Amice Lionhart''


Those who have an indestructible will in the pursuit of a vision are blessed by the Thunder element. It isn't uncommon to find users of this type of magic among those who fought against every odds and achieved great deeds.

Thunder is the element of Defiance; it represents impulse, change and the will to mold events. Like a bolt of lightning that breaks the sky to reach the ground, the concept of this element runs around the will to break and surpass obstacles in order to get to your objective. Thunder opposes Water - while one fights against the ongoings, the other accepts them. For an individual without Thunder, they lack the necessary energy to meet their objectives. For one too energetic, they will often find themselves in situations their stubbornness gets the best of them.

To an adept of Thunder, nothing in the world is a challenge big enough they can't overcome. It's all a matter of when, how and where the "strike" must land. For that, Thunder adepts are often stubborn, visionary and sometimes arrogant, but they always get what they want.

The manipulation of the Thunder element consists of overcoming obstacles with a single shot. For that, its martial and magical styles always revolve around finding the opponent's weakness and bringing them down with a well-aimed and overwhelming blow, just like a lightning strike. Thunder adepts are specialized in quick one-on-one fights.

Among Thunder spells, there is the basic manipulation of electricity itself and short-range teleportation. More powerful adepts can create more deadly strikes and use the environment to their favor.

The concept of Defiance gives this type of magic an offensive style, as expected from a Chaos-type element. An adept of Thunder never denies a challenge and wants to prove their skill no matter who they are against.

Thunder and Water are opposite elements, which means they clash with equal strength, canceling each other out. Defiance may obfuscate acceptance, much like willpower may disrupt the flow, but true balance lies in the realization that one's willpower and refusal to fall may help better understand the world, just as acceptance and flexibility can help achieve one's objectives. In battle, an adept of Thunder strikes with overwhelming blasts, which are often matched by the deflections of a Water adept.

Light, the element of Life, Courage, and Lies strengthens Thunder much as it does to the other Chaos elements. It diminishes the weaknesses of the element by hiding the frightening thoughts of failure, just as it magnifies its strengths by encouraging it to keep on going forward. Light magic helps Thunder adepts to never give up, also filling them with the confidence in themselves that helps them face anything. Dark, on the other hand, is the element of Death, Fear, and Truths, working against the nature of Thunder, making defiance seem pointless in face of the unavoidable hardships. Dark magic sucks confidence out of Thunder, which is the main strength of its adepts.

Fire and Wind walk side-by-side with Thunder. Emotion and Freedom work together with Defiance to push things forward and bring change to the world. As the driving source of Thunder, Fire easily charges the lightning. An adept of Fire, depending on mass destruction, doesn't have enough of an opening to spread its mayhem against the quick fight a Thunder adept puts up. Yet, Thunder has little to no effect on the mobility of Wind that is fuelled by its defiance, as an adept of Wind can dodge and avoid the strikers of an adept of Thunder and come in for a deadly attack.

On the side of the elements of Order, Thunder fizzles against the resilient nature of Earth, whose adepts can simply take Thunder's blasts to the chest as if they were nothing; but Thunder can easily overpower the careful and thoughtful nature of Frost, just as an adept of Frost can hardly strategize against the raw power a Thunder adept possesses.

If fed with Dark, Thunder's natural response is to weaken in time. Prolonged exposition to it causes Thunder to lose its link to the aether and fizzle out, becoming more vulnerable to other elements that prey on it until it eventually ceases to exist. Once this happens, it is said the element goes "void", it leaves the person without any will to go on. This process must always be avoided, as the Void is a dangerous thing. 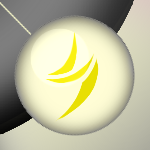