The bridge between Chaos and Order


"The darkness is not our enemy. The fear it provokes is our weapon. The shadows, our friend. Death, our goal."
— old saying in the Silent Blades


Undoubtedly feared by most, and the most feared element, Dark magic is widely uncomprehended, often shunned and sometimes even banned. It is to no one's surprise though, as Dark's intent is to be repulsive and create hardships, as these are excellent tools for personal growth.

Dark is the element of Death; it represents conflict, the end of a cycle, fear, truth, and the hardships of life. As the sunset brings the dangers of the night, the whole concept of this element revolves around bringing conflicts to the world. Dark opposes Light - where one seeks to end life, the other seeks to extend it. For an individual without Dark, all in life will turn tasteless. For one who drowns in shadows, there will be nothing resembling a life.

Despite being of the Chaos type and aim to end life, Dark is an element that creates half of the bridge to Balance. At the same time that it works offensively, it creates the necessary fear to strengthen the 3 main elements of Order. Without Dark's dread, Reason, Acceptance and Tradition cannot work towards the ultimate Balance.

To an adept of Dark, everything has an inevitable and necessary end, including life. For that, Dark adepts are often detached, imposing, never avoid or maybe even try to attract problems and conflicts. Ironically, this will to harm it, in due time, strengthens the individual's will to live and face the fears that come with it.

The manipulation of the Dark element consists of affronting life in all forms. For that, its martial and magical styles always revolve around ending lives and weaving death. Dark adepts are specialized in murder and necromancy.

Among Dark spells, there are the basic manipulation of shadows and the absorption of vital energy. More powerful adepts can raise the dead and even cripple or kill with a single touch.

The concept of Death gives this type of magic a different style than what is expected from a Chaos-type element. At the same time that Dark fights offensively, it protects allies inspiring dread on their opponents. An adept of Dark is always seeking conflicts and causing them, as they know those are what makes us grow, and it's the fear of them that makes us enjoy what we have.

Bridge between Chaos and Order

Dark and Light are opposite elements, which means they clash with equal strength, canceling each other out. Life seeks to preserve itself all costs while Death comes to end it, but true balance lies in the realization that a life without harm and hardships is not a good life, as there will be no thrill at all if everything is always good - it is the bad moments that make the good ones stand out. In battle, an adept of Dark unleashes decay and miasma, which often matches the healing and bolstering spells of a Light adept.

As the connection of the element of Chaos, Dark has a peculiar relationship to its other 3 brothers. It has strong control over their existence, a trump card against their overgrowth. Freedom, Defiance, and Emotion work by themselves in tandem, and Death comes in to keep them from going out of balance. Still, should the Dark get out of control, it can underpower any or all of those three, weakening them too much and breaking the chain of balance, making them go void.

On the other hand, Dark is able to bolster the three main elements of Order. They work their best when put under a strong purpose, and there is no stronger purpose than avoiding Death. Tradition, Acceptance and Reason work in a closed cycle and Dark can feed them to make any or all of them bigger and stronger.

Unlike the other elements, Dark does not go void by itself. Instead, if Light is unduly fed, it grows too strong and brings the elements of Order down, until they break one by one. Once this happens, there will be no energy to fuel Dark, let alone that the elements of Chaos will have no opposing limitations and will grow strong, sucking the energy out of Dark and weakening it until it goes void and Light wins. A short-lived victory though, as in time the lack of opposition makes Light falter too, bringing the whole cycle into the void. 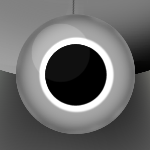