Tough as a rock


"This war is not ours. It is not our way to attack those who do not harm us."
— Bhogur Stanweall, Lord of Hawkcliff Citadel


Thanks to cultural practices and the versatility of all the resources the underground provides, it is no surprise that Earth is one of the most commonly used elements of magic in the world. As a side effect, its philosophy influences many cultures across the planet.

Earth is the element of Reaction; it represents resistance, tradition, justice, and the equivalent trade. Like a rock that is so hard to the point that it hurts anyone who strikes it, the concept of this element runs around waiting and acting to the threat received in equal measure. Earth opposes Wind - while one waits for things to happen so they can act accordingly, the other moves and makes things happen. For an individual without Earth, they might be pushed around too often, never standing their ground. For one too rigid, great opportunities will be lost while they wait for the "perfect" time to act.

To an adept of Earth, waiting is never too much. When things happen, it's never ideal to act rushedly. They would rather stay away from problems and only act when it comes to them. For that, Earth adepts are often patient, unbreakable and never take things lying down.

The manipulation of the Earth element consists of outlasting your opponents. For that, its martial and magical styles always revolve around solid defenses, strong enough to make to opponent feel their own strikes. Earth adepts are the toughest and most resilient.

Among Earth spells, there is the basic manipulation of the earth itself, rocks and ores. More powerful adepts can bend any kind of material with traces of earth, mold the land at their will, and also use the vibrations of the ground as a sixth sense.

The concept of Reaction gives this type of magic a defensive style, as expected from an Order-type element. An adept of Earth never incites fights but is also never provoked without a proper payback.

Earth and Wind are opposite elements, which means they clash with equal strength, canceling each other out. Tradition may limit freedom, much like freedom may confront tradition, but true balance lies in the realization that there is wisdom in both, and both work better together as tools for progress. In battle, an adept of Earth has robust defenses and relies on brute force, which often matches the evasion and well-placed strikes of a Wind adept.

Dark, the element of Death, Fear, and Truths strengthens Earth much as it does to the other Order elements. It crumbles the weaknesses of the element by presenting the dangers of the unknown, just as it incites its strengths by proving that the wisdom of old may be useful today. Dark magic helps Earth adepts by weakening and demoralizing their enemies, showing to them that nothing can stand the tried and proved experience and training of their opponent. Light, on the other hand, is the element of Life, Courage, and Lies, working against the nature of Earth, making it seems that the world is so harmless that there is no need to stand vigilant. Light magic dismantles the trust of Earth in the traditions, which is the main strength of its adepts.

Water and Frost walk side-by-side with Earth. Acceptance and Reason work together with Tradition to understand the world and find ways to protect it from its doom. As the driving source of Earth, Frost has barely any effect on it. An adept of Frost relies on strategies and movement hinderance, which have little to no effect against an adept of Earth who can shrug off those spells and break any barrier. Yet, Earth stands no chance against the calm and cunning of Water that feeds on its stillness, as an adept of Water can easily foresee the movements of Earth adepts and use their strength against them.

On the side of the elements of Chaos, Earth is shaken by the tempting nature of Fire, whose adepts can easily bomb and set the land alight; but Earth has no problem dealing with the narrow-minded nature of Thunder, just as an adept of Thunder finds it hard to strike through the defenses that an Earth adept wields.

If fed with Light, Earth's natural response is to weaken in time. Prolonged exposition to it causes Earth to lose its link to the aether and crumble away, becoming more vulnerable to other elements that prey on it until it eventually ceases to exist. Once this happens, it is said the element goes "void", it leaves the person unable to accept anything that goes against their will. This process must always be avoided, as the Void is a dangerous thing. 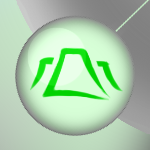