Let the flow guide you


"I know this whole situation fills you with rage, kid, and I won't say you are wrong by feeling that way. What I will say is that you don't have to. You cannot change what happens, and you cannot change the world. Things are the way they should be. And, ironically, that is the first thing you need to accept in order to actually change the world..."
— Ol' Deepsea, former captain of the Maelstrom


Most people see a necessity to fight their destinies - but not those who are aligned with the Water element. Only those who'd rather make do with what they have and keep it to themselves are able to use this type of magic.

Water is the element of Acceptance; it represents tranquility, flexibility and the flow to the followed. As the water in the river follows its course without fighting, the concept of this element runs around accepting the facts and hardships of life and adapting to them. Water opposes Thunder - while one accepts the ongoings, the other fights against them. For an individual without Water, the thirst for peace grows as they find themselves always in a struggle against everything. For one with a pouring cup, they might find themselves never fulfilling their dreams as they are always giving in to chance.

To an adept of Water everything has a good and a bad side, it's just a matter of perspective. When you accept the facts of life, your soul is washed from prejudices and it opens up to new possibilities. For that, Water adepts are often calm, serene and give up on their expectations.

The manipulation of the Water element consists in accepting things as they are instead of challenging them head-on. For that, its martial and magical styles always revolve around letting the opponent fight themselves; by accepting the opponent's strengths, one can turn them against themselves, making of it their weakness. Water adepts are specialized in fighting enemies stronger than them.

Among Water spells, there is the basic manipulation of the element itself, solidification and evaporation (with no changes to temperature). More powerful adepts can control water in other substances, such as blood and sap, giving them the ability to control creatures and plants alike.

The concept of Acceptance gives this type of magic a defensive style, as expected from an Order-type element. Adepts of Water rarely get into a fight by their own initiative, they would rather try to go around it if possible.

Water and Thunder are opposite elements, which means they clash with equal strength, canceling each other out. Acceptance may weaken the willpower, much like defiance may break the flow, but true balance lies in the realization that acceptance and flexibility can help achieve one's objectives, just as one's willpower and refusal to fall may help better understand the world. In battle, an adept of Water relies on countering attacks, which often matches the overwhelming strikes of a Thunder adept.

Dark, the element of Death, Fear, and Truths strengthens Water much as it does to the other Order elements. It dissolves the weaknesses of the element by showing the truths of life, just as it incites its strengths by presenting the fear that one needs to face before achieving acceptance. Dark magic helps Water adepts by weakening and demoralizing their enemies, showing them that nothing can faze the calm and sharp mind of their opponent. Light, on the other hand, is the element of Life, Courage, and Lies, working against the nature of Water, making it so that everything is so comfortable that there is no need to face and accept the hardships of life. Light magic evaporates the wide sight of Water, which is the main strength of its adepts.

Frost and Earth walk side-by-side with Water. Reason and Tradition work together with Acceptance to understand the world and find ways to protect it from its doom. As the driving source of Water, Earth is easily softened by it. An adept of Earth uses brute retaliation against their opponents, which has little to no effect against an adept of Water who can redirect their blows and use this against them. Yet, Water stands no chance against the calculating mind of Frost that feeds on its acceptance, as an adept of Frost can easily foresee the intents of Water adepts and trick them into countering fake strengths.

On the side of the elements of Chaos, Water is blown out by the dodgy nature of Wind, whose adepts can easily avoid Water's counters and strike where it hurts; but Water has no problem dealing with the careless nature of Fire, just as an adept of Fire can't keep their wits about when mocked by the control a Water adept has in the battlefield.

If fed with Light, Water's natural response is to weaken in time. Prolonged exposition to it causes Water to lose its link to the aether and dry out, becoming more vulnerable to other elements that prey on it until it eventually ceases to exist. Once this happens, it is said the element goes "void", it leaves the person unable to accept anything that goes against their will. This process must always be avoided, as the Void is a dangerous thing. 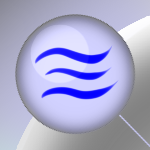