"A dangerous temptation is the element of Fire. It motivates us to trust in our feelings and pleasures in exchange for power, but it is in our nature to be seduced by that idea, and to fall prey to its vices."
— excerpt from the book ''An Introduction to Magic, vol. II'', by Muriel Proulx


Burning bright is the flame of passion, the fuel for the Fire element. Users of this type of magic are often seen among travelers or outlaws, those who want to live life to its fullest, enjoying the feelings and thrills, while disregarding "small" concerns.

Fire is the element of Emotion; it represents passion, instinct and the "Today over Tomorrow". As the flames burn and consume whatever is in their path, the concept of this element runs around following your emotions with no concern over what comes after. Fire opposes Frost - while one enjoys the delights of Today, the other calculates the possibilities of Tomorrow. For an individual without Fire, life ends up as nothing but a routine of work. For one who burns with no concern, they might find themselves in constant conflict with others around them.

To an adept of Fire, life is to be lived, and the best way to know you are alive is by feeling. For that, Fire adepts are often impatient, hot-headed, reckless and would rather have a good party over a night of sleep.

The manipulation of the Fire element consists of neverminding consequences. For that, its martial and magical styles always revolve around destroying the opponent, no matter how or what the price is, even if it means bringing a tavern or the entire town down. Fire adepts are specialized in fighting many opponents at the same time.

Among Fire spells, there is the basic manipulation of heat itself and the creation of small combustions. More powerful adepts can burn and meltdown whole structures.

The concept of Emotion gives this type of magic an offensive style, as expected from a Chaos-type element. An adept of Fire is always looking for places of conflict and action, as there is where the strongest emotions are.

Fire and Frost are opposite elements, which means they clash with equal strength, canceling each other out. Emotions may cloud reason, much like reason may hinder emotions, but true balance lies in the realization that one's emotions may drive the search for knowledge, just as good reasoning and understanding can help control one's emotions. In battle, an adept of Fire unleashes the uncontrollable fiery mayhem, which often matches the weakening strategies of a Frost adept.

Light, the element of Life, Courage, and Lies strengthens Fire much as it does to the other Chaos elements. It breaks the weaknesses of the element by providing the comforting illusions to appease the anxieties of the heart, just as it magnifies its strengths by lending the courage to live life to its fullest. Light magic helps Fire adepts reach over their limitations, also filling them with confidence thanks to the supporting ally they can trust. Dark, on the other hand, is the element of Death, Fear, and Truths, working against the nature of Fire, making emotions face the facts that they don't want to until it goes faint in suffering. Dark magic sucks the life out of Fire, which is the main strength of its adepts.

Wind and Thunder walk side-by-side with Fire. Freedom and Defiance work together with Emotion to push things forward and bring change to the world. As the driving source of Fire, Wind is easily consumed by the flames. An adept of Wind, depending on agility and evasion, has no chance to escape the wide area destruction that a Fire adept brings to the table. Yet, Fire has little to no effect on the willpower of Thunder that is fuelled by its emotions, as an adept of Thunder can easily snipe and blast an adept of Fire down before they have a chance to cause much destruction.

On the side of the elements of Order, Fire is quenched by the accepting nature of Water, whose adepts can easily disperse Fire's heat and effectively put out their fury; but Fire can easily destabilize the patient and impartial nature of Earth, just as an adept of Earth can hardly endure the constant destruction a Fire adept can generate.

If fed with Dark, Fire's natural response is to weaken in time. Prolonged exposition to it causes Fire to lose its link to the aether and go faint, becoming more vulnerable to other elements that prey on it until it eventually ceases to exist. Once this happens, it is said the element goes "void", it leaves the person without any emotions but fear. This process must always be avoided, as the Void is a dangerous thing. 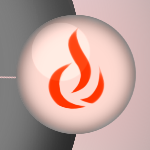