"I'm glad I inherited something from my mother, after all. This power is what drives me, and it has taken my life to places I could never imagine. I wouldn't trade this for anything."
— Aria Dabalan, the Bard


The Wind element is more often found among nomads, athletics warriors, those who need to occupy themselves with activities all the time. Only those who actively seek their own road are able to use this type of magic.

Wind is the element of Action; it represents attitude, movement, freedom and the initiative to act. As the wind currents are in constant motion, the concept of this element runs around constant and uninterruptible movement. Wind opposes Earth - while one moves and makes things happen, the other waits for things to happen so they can act accordingly. For an individual without Wind, there is no current to take them anywhere. For one who runs too much, they just might collide with others on the way.

To an adept of Wind the most important thing is to act, go out and make things happen. Problems pile up if you get too stale and idleness is torture. For that, Wind adepts are often athletic, rushed, take the wheel and never leave unfinished business.

The manipulation of the Wind element consists of wearing the opponent down while avoiding every hit coming at you. For that, its martial and magical styles always revolve around moving through and around the battlefield while you hit the opponents until they drop. Wind adepts are the fastest and most agile, be that in close or long-range fights.

Among Wind spells, there are the basic manipulation of the air itself and the improvement of speed and precision. More powerful adepts can sharpen their hearing and smell and create camouflage fields by deflecting light with air.

The concept of Action gives this type of magic an offensive style, as expected from a Chaos-type element. An adept of Wind wants to move as they will, which often puts them in the frontline of where the action happens.

Wind and Earth are opposite elements, which means they clash with equal strength, canceling each other out. Freedom may confront tradition, much like tradition may limit freedom, but true balance lies in the realization that there is wisdom in both, and both work better together as tools for progress. In battle, an adept of Wind makes use of evasion and well-placed strikes, which often match the robust defense and brute force of an Earth adept.

Light, the element of Life, Courage, and Lies strengthens Wind much as it does to the other Chaos elements. It blows away the weaknesses of the element by providing the healing against the consequences of their harshness, just as it brings forth its strengths by lending the motivation to take the initiative. Light magic helps Wind adepts stay worry-less, giving them a guarantee that they have their back covered whatever happens. Dark, on the other hand, is the element of Death, Fear, and Truths, working against the nature of Wind, making freedom seem scary and dangerous, something to not be desired. Dark magic sucks the initiative out of Wind, which is the main strength of its adepts.

Thunder and Fire walk side-by-side with Wind. Defiance and Emotion work together with Freedom to push things forward and bring change to the world. As the driving source of Wind, Thunder is easily avoided by it. An adept of Thunder, depending on full-power single blows, has no chance to hit a Wind adept with the evasiveness they bring to the table. Yet, Wind has little to no effect on the consuming rage of Fire that is fuelled by its initiative, as an adept of Fire can bring forth enough flames that make an adept of Wind has a really hard time avoiding.

On the side of the elements of Order, Wind is chilled down by the observant nature of Frost, whose adepts can easily hinder their movement until they are an easy prey; but Wind can easily overrun the slow and creative nature of Water, just as an adept of Water can hardly keep up with the speed a Fire adept relies on.

If fed with Dark, Wind's natural response is to weaken in time. Prolonged exposition to it causes Wind to lose its link to the aether and go quiet, becoming more vulnerable to other elements that prey on it until it eventually ceases to exist. Once this happens, it is said the element goes "void", it leaves the person without any initiative. This process must always be avoided, as the Void is a dangerous thing. 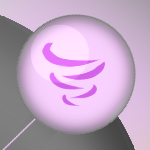