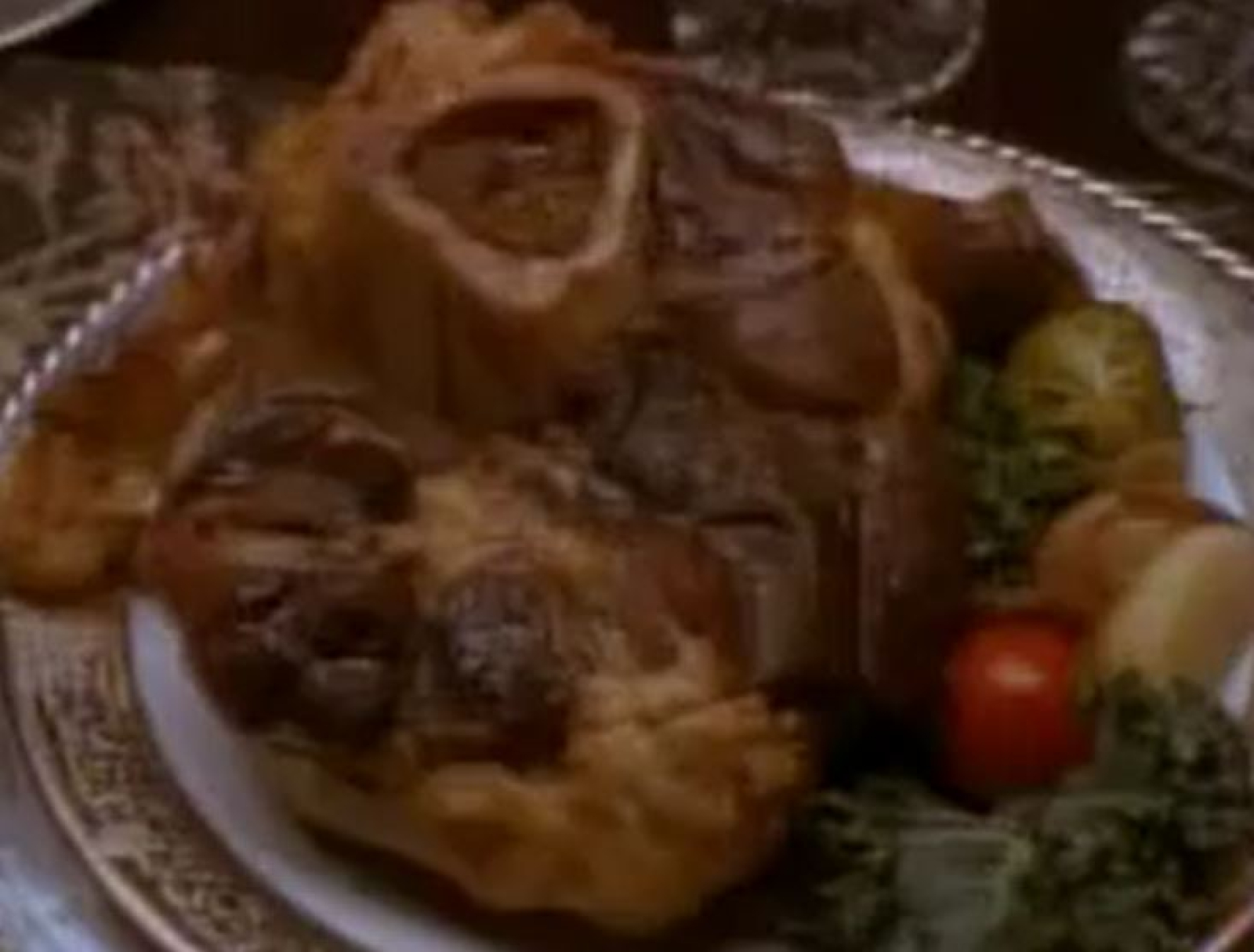 "I am concerned for the emperor."   "As am I. What connection to the enemy king, do you suppose he could have?"   "Nothing, for sure. I think they could have only talked once in the prison hold"   "When the servant placed his plate in front of him; he said he saw him. In his Aioze. I asked how he could know and he said he just did. Should we be worried, you think?"

The only truly complicated part of preparing Aioze, is in preparing the meat. This is traditionally done in one of two ways: by grilling or by boiling. In some cases, a post-death ritual in honoring the slain involves the rubbing of the bones with cinnabar to create red or yellow staining on bone. Elsewise, in the case of the grilled, the meat juices concentrate around the bone and diffuse into it slightly as the temperature rises causing red patches. The bones that had been boiled, though, are different shades of yellow, at the low heat with colorful spices and other supplements being added.   Grilled Aioze: Precut muscle are wrapped in corn husks before being placed upon a wooden grill (note: for the best flavor in the world, blood wood is recommended for those able to acquire it). The grill is positioned a foot away from a low lying fire pit of burning twigs and bark salt. Red salt can be tried as well but only the most seasoned should attempt this. Apprenticed priests and their novices carefully prod the husks to measure the resistance in determining its readiness. Afterwards, the husks would be removed and the meat salted and spiced directly on the plate.   Boiled Aioze: Dough made from grounded maize could be used to encase chunks of meat before cooking. It is quicker to do this for portions that are the size of two fists, but depending on the participants, might sometimes like a thigh from the bottom cheek to the top knee to be shared amongst close friends. The ceramic pots used by the priest are much larger than those found in a regular household and may hold an entire person, even before the disembowelment. There the pieces would remain for half a day, topping off the water as it boils away and adding salt and chilis when determined.

The eating of human flesh is nothing new in the valley. It is believed that the chosen takes on a divine quality within themselves and that by then feeding on their flesh, post death; that power enters the consumer. Henceforth, consumption is restricted to the priesthood and most noble.   Although, the warriors who made the capture are afforded the right to partake in a, less glamorous, stew made out of dried maize and into each serving would be placed a piece. There are instances even, during an exuberant atmosphere, where the capturer is allowed to take the flesh of this captive home for his family. And so grant strength to the entire city.

Really interesting article! The cultural lore regarding the consmption adds great depth to your worldbuilding :)