Important note: Work in progress
A river on the planet Ak'Thakra. Flows to the temperate zone, from the dayside, passing through several different locales, including Khar'Ak 'Than, which was built on the river. The name translates, roughly, to "big river", making Khar'Ak' Than mean "city on the big river". Creative. It also serves as the city's main transport method, being quite big. The 3rd biggest on the planet, in fact.   The river's proper name is just Ak' Than, I've just put river in front to make for a more convenient title.

At it's simplest, it's like any other river out there. Still, here's an overview, section by section.

The river begins on the Fara'Kal mountains, formed from primarily rain, but also some groundwater. From there, the smallish pools forms streams, which in turn converge into bigger rivers, and eventually, from a few hundred small streams, begins Ak' Than.

The upper stretch is very barren, and the river somewhat large. These initial areas of the river are entirely barren, at an average temperature of over 60C. The over 500km of this section are varied between barren desert dunes, and barren rocky, somewhat mountainous desert. The deserts also contribute a fair amount of sand and dust into the river, which deposits along it, mostly to the end. There is no real life here, save for some small insect-equivalents.

The part where the river reaches the city of Khar'Ak 'Than. Here it goes first past the outer areas, the suburbs, the centre, directly between the Skypiercer and the government's main building, with a massive bridge over it. Later on, it reaches the industrial zones, and the docks. The industrial zone also holds the antimatter production structures. Here, the river is much more full of boats, bridges, and everything like that. The river is often referred to as the city's lifeblood, as the vast majority of trade is done via it.   Within the city proper, the river's also been manipulated into a canal, with defined edges and so on. These portions of the river are swam in, used for joyrides, and other common water-related activities. On the few religions present within the city, it does feature as an important feature, like the Ganges in India. It's also used as a source of water, as it passed through mainly rocky and sandy areas to this point, making it clean. While the city could easily make water from elements in the atmosphere, the river is more convenient and less costly.


"There's Ak' Than, one of the more prolific rivers on here, for a reason. It's got, like, thirty or so cities on it, many of which are pretty big. Rivers attract population, it's been that way since ancient times, what with Egypt and Mesopotamia."
"What's so special about it? Right, Ochtotne Prime doesn't have rivers, does it? Well, neither did Shiyoi, but the Ad Astra did."
— Skejon

Kas Rak'Ak' Than is a military base and a fortress simultaneously. It serves to protect the capital, sitting some 42 kilometers from it. This fortress houses a significant military presence, and is the primary HQ of the Ak'Thakran Commonwealth's military forces. Armed to the teeth with military equipment, aircraft, a spaceport, a shield generator and defence cannons, the base can withstand a massive assault. The river flowing through it allows easy transport of material to and from the base, making it easy to reinforce both the capital and settlements downstream.   The terrain here is still quite hot and barren, but getting less so. It starts to resemble more prairie-type terrain after the base, with more animal and plant species. There's also smaller settlements and towns nearby this area, mostly mining operations. The base itself gets food from either downstream or from orbit.

Lower down the river, after the fortress, the terrain begins to be much less barren, and becomes much more like central european plains, just with a little less foliage and such. There's some settlement here, but not as much as before, and certainly not as much as later. There's a lot more animal life here too, and many water-based species also dwell in this area, and those that hunt them aswell.   The river gets quite big here, and has several smaller islands in the middle, sort of preluding the split into a delta. Around these parts, there's a lot of transport and vehicles, as well as several roads running along the side. There's not many trainways, as those are kind of unnecessary what with a big river at your disposal.

And at last, we reach the end. At this point, the river has split into a massive delta, comparable in size to the Nile's mouth. The ecology here is much more tropical, being essentially the same as the rest of the habitable zone, similar to prehistoric Earth.   Around here, there's a lot of settlements and cities, which trade with Khar'Ak' Than and vice versa for supplies, notably the antimatter of the capital. This is also one of the most dense regions of the planet population- and infrastructurewise, with around 112 million people in fourteen major cities.   From here, the river ends, and the Fala' Shava'Ra ocean begins, eventually leading to the mainland and its great cities.

The river has a somewhat barren ecosystem, flowing from the barren and hot dayside. The lower stretches do have life, such as plants and some animals that don't move along the river. Those lower reaches also have actual nature around them, too, mainly forests. There is a notable lack of most kind of fish.

Due to the planet's tidally locked state, this river experiences neither a day-night cycle nor any seasons at all. However, due to partially flowing through a desert enviroment, it carries dust and sand with it to the habitable band. There's also a fair amount of rain in the region of the river, because of how the wind works, going from the habitable zone to the dayside. That wind goes in one direction, and only in that direction, due to the planet's geography.

Estimated to be around 26 million years old, the river has remained roughly the same for its existance. There's been some erosion and other changes to the river's geography, standard stuff, but not that much. The river's been used for transportation even before Khar'Ak' Than was founded, but mainly to supply mining operations upstream. When the capital was built in the 2680s, the river was used to supply a significant amount of the construction materials. This also had the effect of straightening the river into more of a canal, a state it remains in today.

O' Ak' Than, our great golden stream! Long may thine gilded currents flow, long will thine clear waters permit civilization. As thou hath watched over our city for this long, we pray thou continue with thine solemn duty.
— Prayer, Anonymous

Alternative Name(s)
Ak' Than
Type
River
Location under
Ak'Thakra
Sidenote
Ak' Than is often referred to as the "Golden Stream" due to the golden hue it has. This has come about from where the river passes. The desert and rocky terrain leaves no impurities in the water, making it clear. This, combined with the terrain under the water, gives the river a very golden hue from above. The name is also somewhat fitting as Khar'Ak' Than's main source of revenue.

I really enjoyed the read-through, but would wish to know even more of the Ak'Than! Maybe of its meaning to the local people, or what functions it serve? Being 26 million years old, it must house plenty of secrets! 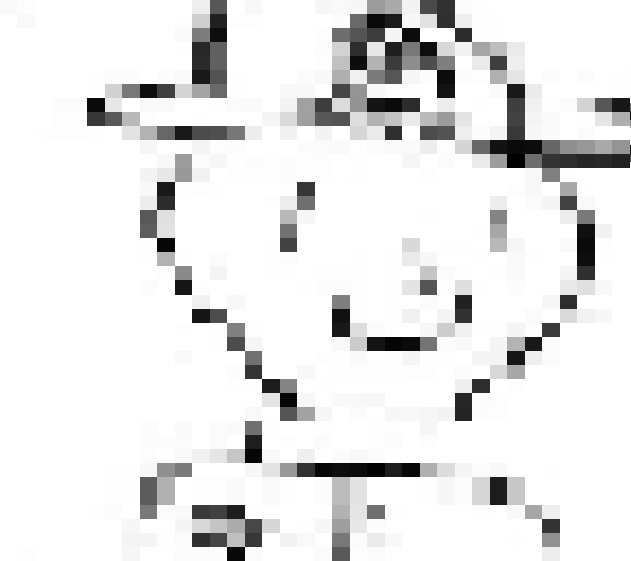 I can definitely see that, but unfortunately I wasn't planning on elaborating on that. It's not exactly something I'm good at. Then again, maybe. Thanks, though. I appreciate it.

This is a great work in progress! I wonder if when building the walls for the canal fossils were found? If stone from around the river was used for construction would there be fossils on the walls? Was there more or less life in its ancient history? Has it changed course?   Old rivers have so much to offer for interesting history and museum specimens.

Thanks for reading, appreciate it. I hadn't even thought of potential fossils and the like, that's certainly something I might expand on. Sure, the article is primarily about geography and is mostly finished, but maybe I can fit something on that in there.

Hm, I was wondering about it being slow to change, but tidal-locked makes that make sense. No massive changes over a 'year' with floods after all. Also means no need to worry about giving space back to the river. (My birth city basically sacrificed some land to give the river a place to go when flooding.)

Interesting to read about a river on a tidal locked planet. Does the river still start in a relative temperate zone as I can assume that too far in the day side it would be impossible for water to flow perhaps?

I got a kick out of you calling the naming scheme "creative", haha!