They make the whole cliffs look manufactured, but they just simply formed that way from what I’ve been told.

It really isn’t the strangest thing I’ve seen in the galaxy… but it’s on that list.
— Davish Tam, Crimson Knight


The Girisk Rust Cliffs are a ten story tall cliff face on the northern, rocky edge of the Strosis Continent on the planet Chalcedon. This ancient lava flow forms an irregular line of cliffs for 150 kilometers along the continent’s edge. But the perfectly shaped geometric blocks that form the cliffs actually extend down in successive layers into the Honloo Dust Ocean itself.

The cliffs formed in the distant past of the planet’s history during a more volcanic and geologically active period. At that time, a line of shield volcanoes extended along the length of the current day Girisk Rust Cliffs. The lava flow extended down for kilometers from there into what would become the Honloo Dust Ocean.

Successive layers of lava flows sliding toward the Honloo region cooled and overlapped one another, creating layers of basalt, pyrequartz, and augite. Pressure between these piles of layers and between the primarily basalt column blocks caused the basalt to form their unique brick-like shape. Air pockets, rising through the heated rock, formed depressions underneath the stones and circular knobs on top.

Over the eons, this allowed the stones to form into these naturally occurring, interlocking bricks. The size of these bricks range from two meters across to the largest, which is a 20 meter long by 10 meter wide brick.

The red color, which gives the cliffs their name, comes from the persistent red dust. This dust is rust oxide that forms from the exposed iron deposits in the stone blocks.


The Mining Guild has experimented for years to figure out some way to have a functional ‘dust farm’ in the area. Sort of moisture farm that harvests iron ore dust out of the air. It’s just that every time they try it, the dust eventually charges up like a power pack and explodes. That last part puts a damper on the whole idea.
— Davish Tam, Crimson Knight

The environment along the cliffs is unusual for Chalcedon as while it is dry like everywhere else on the planet, there is ambient moisture in the early morning and evening hours. This is when the moisture farms are working the hardest to extract the moisture from the air.

But this is also when the local wildlife is the most active. All the native animal life is subterranean during the heat of the day, emerging only during the cool hours of early morning and evening. Each species has developed its own method for extracting moisture during those times.

Scrub plants, from the painful spine scrub to the crab-like walking spider thorns, are also found across the cliffs. Spine scrubs have developed a means to survive the intense heat by folding their leaves into spines during the day. At night, they unfurl them to collect ambient moisture.

Spider thorns took a different route to adapt. These plants wander, moving like crabs with a hard outer shell of bark to protect them from the harsh, burning sunlight. They live along the cliff edge itself. During the day, they dangle over the side, roots planted in the soil. At night, they emerge on the top of the cliffs and wander inland to drink in moisture from the air and absorb nutrients from the slush-water flowing down from the mountains.


It’s like watching a carpet of cactus balls waddle across the desert.
— Jangir Toth, bounty hunter

This dry location, while home to a few plants, animals, and moisture farms, contains one of the few actual active riverbeds on Chalcedon. Groundwater, seeping up above ground in the Kessora Mountains to the south, flows down to the Girisk Rust Cliffs region. This slush of water with ever present Chalcedon dust bisects the cliffs to form one of the rare waterfalls on the planet. This waterfall was dubbed the ‘Blood Falls’ by early hyperspace survey teams for the water’s blood red color due to iron oxide.


What they don’t tell you about are the dust storms. The static charge collides with the natural iron dust and pyrequartz of the cliffs and… instant, natural turbolaser.

The cliffs region, like many places on Chalcedon, lacks many natural resources. But the elevation makes the location a good choice for moisture farming. Despite the yearly sandstorms, moisture can be extracted from the air in modest amounts because of the Blood Falls and the water-slush feeding it.

The other natural resource is the iron deposits and the pyrequartz. Pyrequartz especially interests the Mining Guild, as it is one of the many materials used for repulsor focusing crystals. Chalcedon’s harsh environment, and expense in separating the pyrequartz from the native iron ore, makes a full scale mining operation prohibitive. But the Mining Guild maintains some mines along the cliffs.
Area Total
150 kilometers long
Alternative Name(s)
Blood Fall Cliffs, Girisk Cliffs, Rust Cliffs
Type
Cliff
Location under
Strosis Continent
Included Locations
Related Reports (Secondary)
Related Plots
Native Animals
Native Plants
Planet of Chalcedon
Open full size
The world of Chalcedon, third planet of the system by the same name found in the Tashtor Sector.

An old B'omarr monastery with a violent history where dark, vile medical practices were performed. But one that has perhaps turned the corner on its dark past. 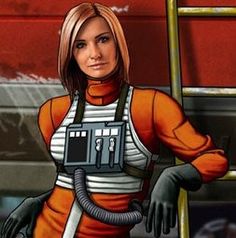