Their exeptional skill in seafeafing has allowed Zeribians to rule the seas of Salan (World) by both trade and navy. 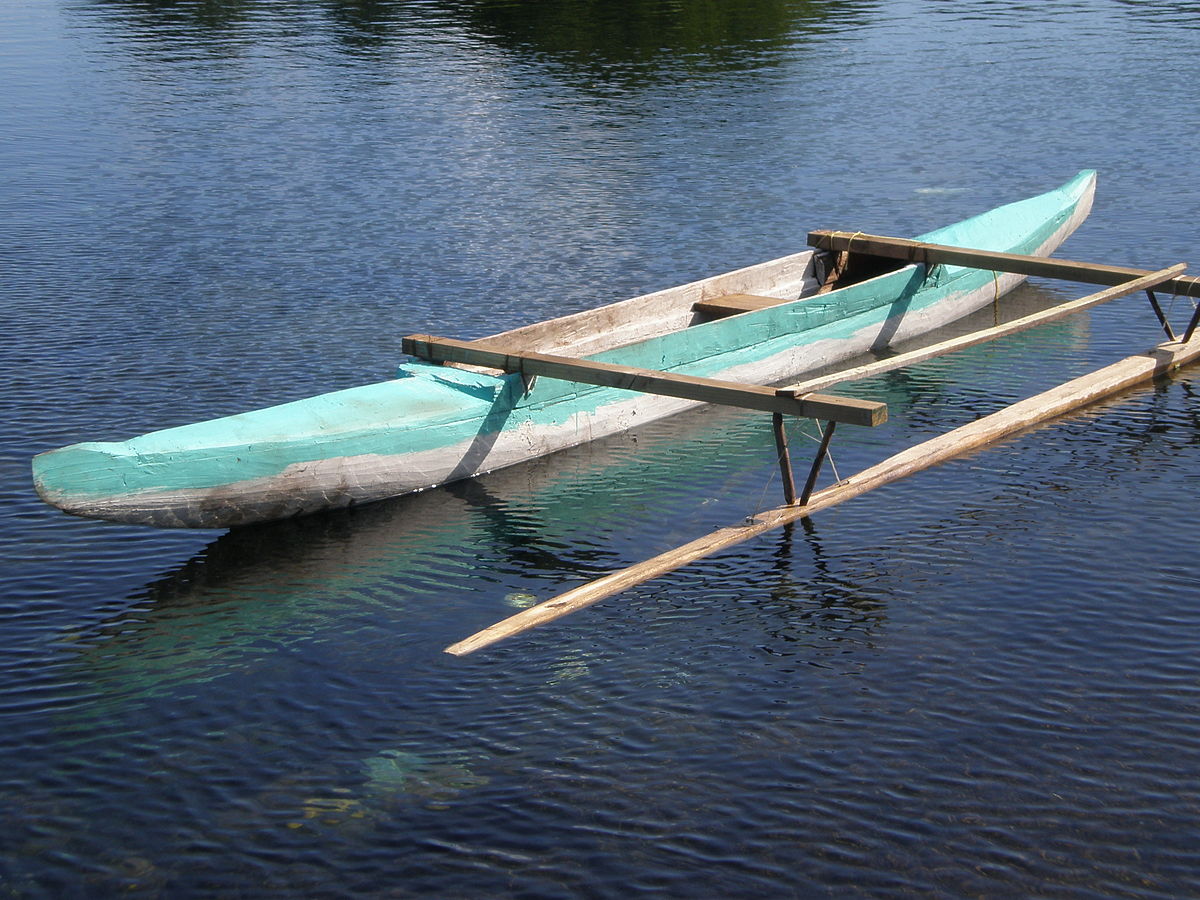 by Teinesavaii (Wikipedia)
The simplest form of Zeribian ships is very simple. They are basicly canoes that are connected to an outrigger. The outrigger stabilizes the canoe significantly, making it more seaworthy without sacrifizing speed. Larger and more complicated vessels can have a deck connecting the hull and the outrigger, adding to the boat's carrying capacity.   The small ships are propelled with paddles, while the larger use sails, which can be assisted with paddles.

Travelling on open waters also requires a sophisticated system of navigation. Zeribians don't have compass or telescopes, but navigate with the position of the sun, moons and stars. They can also detect land from the cloud formations or the behaviour of animals. Succesfull travel is ensured by making right to the gods. The navigation is considered a spiritual skill, and is transferred secretively from master to apprentice. In the traditional settlements the master navigators are often also the priests preservers of traditional knowledge.

The most of the Zeribian professions require seafaring.   Fishing:
Fishing provides the main part of the Zeribian diet. Zeribians have also become local fishermen in many Faren cities (see: Boat-Dwellers of the Silver Stream)   Trade:
Zeribians dominate the trade along the Northern coast of the continent. They provide many products that are only available on the tropical islands, such as Sea Silk but also transfer other products form city to city. On a smaller scale fishermen travel between close settlements selling their cache.   Piracy:
Many same ships that work in trade also attack other ships if the opportunity arises. Many are state sanctioned privateers, that try to threaten foreign traders out of the business. The privateers also form the backbone of the Zeribian military.
Discovery
The Zeribians have been a seafaring people for all their history. They derive from the people who populated the Eastern Islands from North, and spread from island to the next with simple canoes. Slowly they perfected the design of the boats and the skill and managed to populate even the furthest islands and the North coast of the Southern Continent.   The united Zeribian ethnic identity developed when the larger kingdoms spanning multiple islands started appearing and the leading castes of different states adopted a similar culture.
Related Vehicles

Answering: "Write about a technology from the history of your world - is it lost to the ages, or did it shape the world today?"
Visit Tuisku's Competition Page Check all other answers to this prompt Competition Homepage