Malkuthe Highwind
The Shardscape — a vast, endless realm of possibility. Here, the memory of a people turns not to myth but instead to physical form, and gods that had once been simply the whimsical ponderings of peoples looking for answers, in a universe that offered few, are born. But it is also a place of nightmare, where the twisted, nihilistic darkness — that insidious creeping evil — which underlies all conscious thought becomes manifest.   As they say in the Dominion, "A sword is raised with good intentions." In his desperation to turn back time and avert tragedy, Merenaile Dagonrad, perhaps history's most talented arcane theorist, reached far beyond his means and tore open the fabric of reality. In so doing, he birthed a new world that never should have been born, a place as broken as his heart and his mind, capable of so much good, but just as much evil.   Today, the world yet suffers from the mercurial nature of the Shardscape and those who would abuse it. The consequences of Merenaile's actions yet ripple outward, unbound by the confines of time and space, into the past, into the future, and into all the countless worlds of the cosmos. 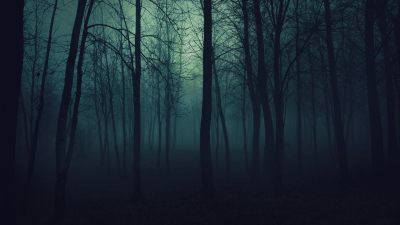 A Preponderance of Frauds

The Pāll-tanír is a hot, inhospitable landscape, and yet civilization manages to survive among its shifting dunes, having struck a delicate balance with the forces of the desert. Now, however, there are powers at work to disrupt the balance.

Great mysteries and even greater dangers await in the tangled jungles of the Shār.

A Preponderance of Frauds

Sealed long ago to stem the tide of a plague that threatened to destroy their entire civilizations, the dwarvenholds have been opened to serve ulterior motives. But in the depths, a threat that could destroy everything rears its ugly head

A heathen erinin with a big mouth and an even bigger attitude, she is in charge of running the day-to-day affairs of the Wardens of the Wayward. She is also the nominal queen of the erinindal city-state of Kassar.

Plays for the Stars

Traveling Hero out to make a name for themselves

Heather Robert Rowling is the daughter of Robert Roger Rowling, late leader of the Bloodhound raiders. She is the lost prodigy of the Shard Keeper

Refined wildlife biologist with a specialty in eldritch and arcane-influenced ecologies. Currently wandering through an unexplored tropical jungle and "forgetting" about contacting her ethics committee.

A faceless swordsman, composer of poem and song.