The Free Citiy of Caeris is a large city on the western bank of the Agamarian Bay. The city lies inside the borders of the Kingdom of Southern Amarris but operates in complete autonomy and has no vassal-ruler relations with the kingdom. The University of Caeris is a member of the Ivory Coalition.

The Arch Duke is technically the head of state and oversee the Caerisian Parliament, but affairs are handled mostly by the Prime Minister, who controls all executive decisions and is elected by the political parties themselves.

The Pacificatores presence in Caeris is somewhat smaller than one would expect for its size, perhaps due in part because law enforcement is carried out by various local mercenary guilds. Mostly due to the influence of the Labourers of Caeris, one of the 4 major parties of the Caerisian Parliament. Law in Caeris is punitive based, and those that breach the laws can expect hard labor, incarceration, fines, or, in some instances, public execution. Magic is not codified into the laws as anything specific, though the local guards would be more likely to treat it as a threat rather than not.

Trade in Caeris is regulated, with taxes and restrictions on what can be brought in and out of the city, and people live a modest existence because of it. The trade guilds enforces rules, with stiff penalties and trade bans for rule-breakers. Welfare is bad. Citizens can expect the bare minimum of healthcare death services. Education is scares, despite the presence of a prominent university very little youth education programs exists, leaving most people unable to pass the minimum requirements for higher education.

Caeris was formed by rebel Slaves who rebelled against the Hobgoblin masters of the Selgok. The city used to be a slave port before its independence, with slavery being banned almost immediately after.

Most Caerisians were used for manual labor by the Selgok, and finding someone with the necessary skills to govern the city proved difficult. After nearly 200 years of inner conflicts, and several conquest attempts by the Kingdom of Amarris, the political state of the city finally calmed and the Caerisian Parliament was formed. The city quickly exploded in population form influx of refugees coming from the remains of the Selgok nation, or removed from their lands by the Amarrisian who continued to expand south. The harbor reignited into life, this time with crafts and goods being traded instead of mortal flesh.

As the Shrieking Death was gripping the continent, Caeris was not left unharmed. The city lost nearly a third of its population in less than 5 years since the plague arrived at its gates. The plague died down only after the Arch Duke gave over the handling of martial law to mercenary companies who executed a no-tolerance approach to anyone who was not inside their homes. The mercenary groups later became the city's security forces, and continued to hold their powers.

Following the events of the Battle of the Second Sun, the city was left completely in ruins and was promptly looted bare by the survivors and bandits alike. Those who where left found themselves rulling over ruins with no money or means to produce goods on their own. The Amarrisian king offered to rebuild the city using his own coffers, but demanded the citizens swear fealty to his throne. The survivors agreed and the city began to rebuild.   Despite the efforts to restore the city, much of the trade has already moved to Berri and Sesan who managed to rebuild and recuperate much quickly. Several criminal organizations have filled the vacuum left, providing unlicensed goods and services in the higher rates of the city's thriving black market. An influx of half orc in 915 AC  have led to increased tensions all around the city, with several incidents leading to large scale riots.

In 948, a member of the Dragonguard, the bronze dragon Zorikas visited the city to discuss with the Amarrisian king about the engagement of pirates and the king's forces near his lair. Zorikas arrived at the city docks disguised as a kobold and was assaulted almost immediately by dockworkers. He killed 15 of them before the guards arrived. After the incident Zorikas asked why he was attacked without provocation to which the king replied that the 'folks around there just didn't know any better'. Taking the king's words literally, he purchased a large portion of the city with gold and artifacts from his lair and ordered the building of a school for the people of Caeris so they would would become wiser and more educated.   The university finished construction in record time of three years and was opened in a lavish ceremony. Zorikas likeness was also added to the city crest as an honor. This magnificent accomplishment, however, meant very little to most denizens of Caeris, who lacked even the proper elementary education that is required to enroll into the institution. The university has grown considerably since it was founded and walls where built around it in the late 10th century. The Acedimica Caerisi Universa joined the Ivory Coalition in 1161 and opened its official quadmge club in 1240.

In 1198  the Kingdom of Amarris splits into Northern Amarris and Southern Amarris. The parliament seen this as opportunity to regain their independent status and plead king Falin Vigos for sovereignty. Much to the political community surprise the king agreed, provided that the city would become a member of the Free Cities and serve as a southern, tax free, port for the kingdom used mainly for trade with Sesan.   The first step in joining the free cities required Caeris to replace its current coinage from the Amarrisi silver Trig to the Free Cities' iron Cruix. The transition away from the expansive coin proved to be extremely beneficial to the city's economy, who began to boom. Several prominent guilds and figures have cemented their place in the political landscape and the powers of the Arch Duke have began to dilute as a result.   The second step, replacing the security forces with those of the Pacificatores, have proven a lot more difficult. The currently employed guards were mostly members of the Labourers of Caeris political party, who has considerable power in the Parliament House. After numerous protests and pressure from both the Free Cities Board of Directors who wished for more control over the area stability and the Ambassador College who tire of dealing with the city's ludicrous extradition laws, both sides came to an agreement. The Pacificatores would take over the leadership and major crimes offices, while the currently contracted guilds will provide the manpower needed for peacekeeping and protection.

On the eve of the 3rd of Midsum, 1568 the entire south harbor and large parts of the city center where sunk into the Agaman Bay. The event crippled what little governing order that was in the city, leaving a power vacum that quickly filled by gangs, clans and other groups, most of which are of illicit origins.   By 1571, mostly with aid from the FCBD, the city was somewhat restored. With much of the city critical infrastructure lost, companies quickly took over, offering services that the various bodies who claimed for muncipal resposibility, could not.   On the 2nd of Erlwin 1573, Julian Aseltorf, a director of the FCBD was announced to take direct control over the city as acting mayor until its complete recovery. Being born in the city, Aseltorf was fairly well accepted by the general populace, but some have voiced concerens over his relations to former criminals in the city. 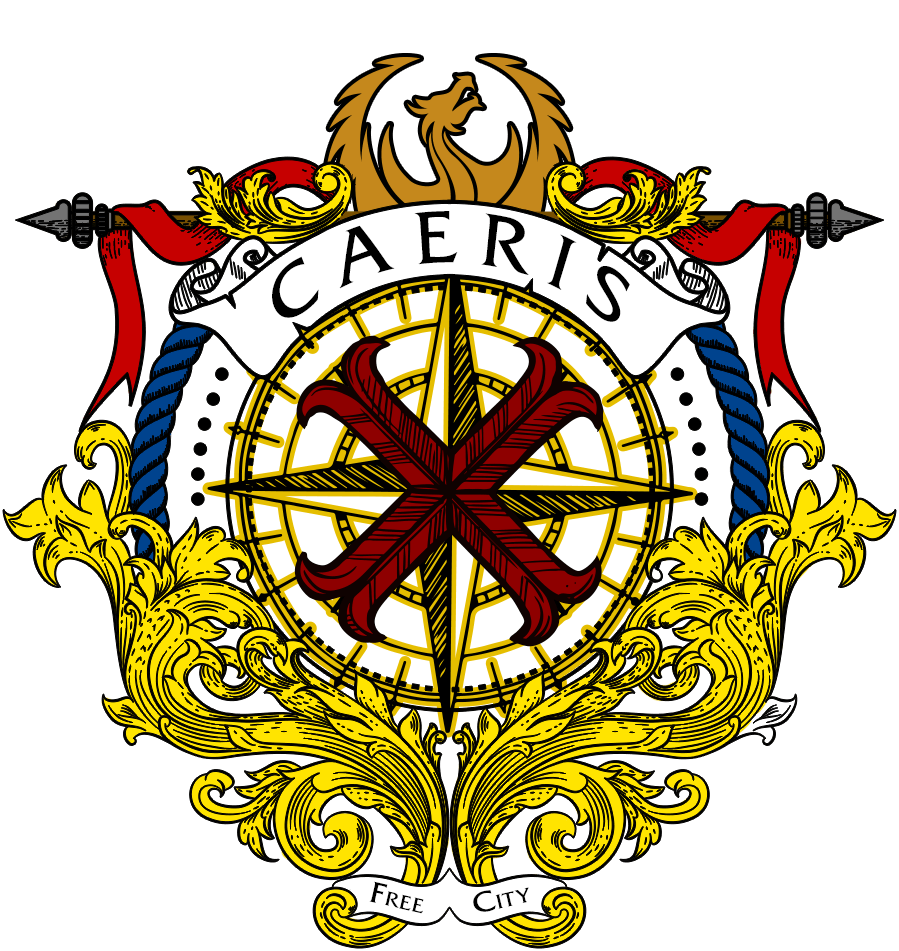 Well made history I must say. Maybe I would want to know what makes the city "go around/spin" so to speak, what resources they exploit and perhaps foodstuff origin too. A bit nitpicking I know. The overall impression is that it is well thought out and interesting to read. Well done. 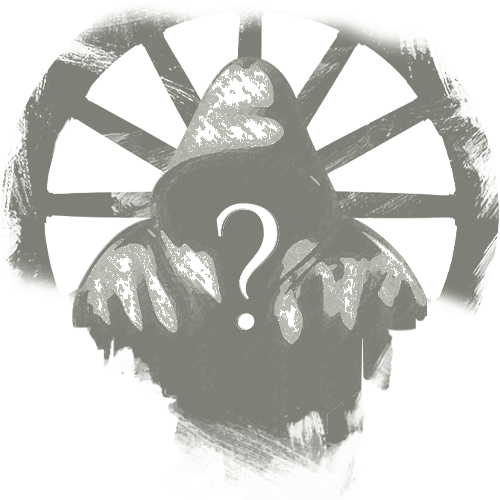 That's actually a fair point. I don't know if we're allowed to edit our articles once they've been nominated, so for the sportsmanship I will not add anything at the moment. Once the voting is over and the winners have been chosen I'll go around and update some of the bigger articles in the wiki. I'll send and update once it's done, thank you for the idea! 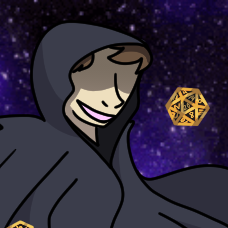 I really enjoyed this article! Love the amount of information and depth! Also, that compass art at the beginning, along with the map, look incredible! Overall amazing work. Keep it up!

Great Article, full of information, details, and history. Good Coat-of-Arms and City map too. A well deserved Like/Fave from me.   Aemon

Thank you for the kind words. Your work looks quite interesting as well, added a few pages to my reading list :)

Thanks, I'm glad you like what I'm doing In my world.   Aemon