It didn't look like much. A piece of stone shaped vaguely like a bird head. It only had a neck and a head, no body to speak of. It looked like someone had smashed that part off and then splattered a little bit of paint on it.
But it was worth much more than what it seemed like.

The Halivaaran bird statue is an old artefact treasured by the Treil. It was found 400 years ago by a group of Treil Iwachi when they fled from The Country of Ildres and to Halivaara. The bird later became an important artifact and is often used as a symbol for the The Republic of Halivaara and to signify that the treil have their own history that is sepperate from the Nerna.   The statue is sculpted from a common stone type that is found all throughout Halivaara, and arkeologists in the area believe it to be made over a thousand years ago.
The stone is believed to have been made with hammer and chisel and afterwards painted in bright colours. Most of the colour have rubbed off after all those years, but a little is left in various dents and scratches. 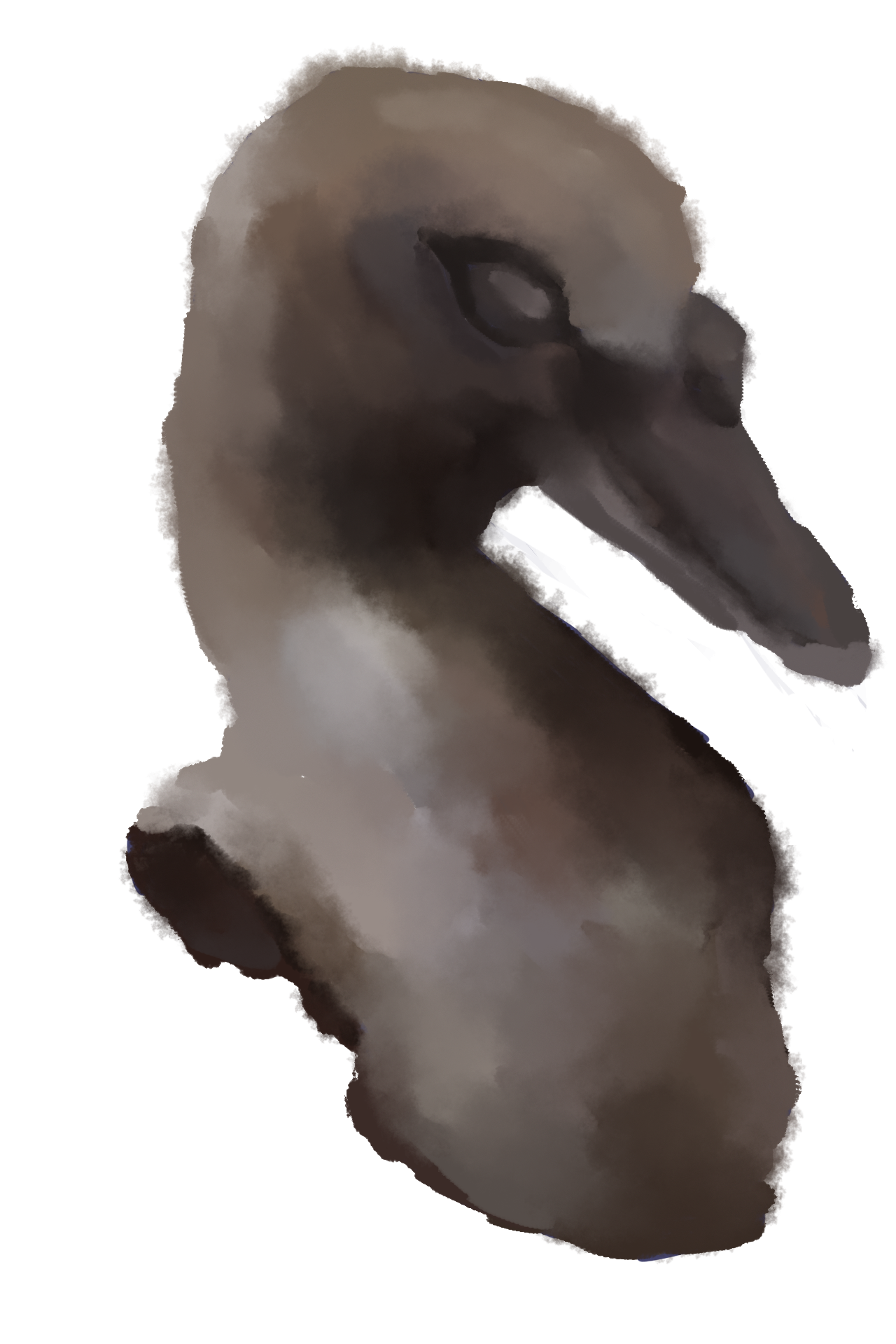 by Ninne124
The statue was found in the year 387 AK when a group of Treil fled from Ildres and to Halivaara. They had found a place to set up camp, which later became the town of Kranta. After some years, they started digging out cellars and other underground structures, and during one of these projects, the statue was found.   Among the refugees was an arkeologist who used to work at a museum in Ildres, and he recognized the bird as a treil piece of work. Most of the artifacts linked to the treil had been removed from the museums by the government. They were most likely destroyed. That made the statue a valuable find for the newcomers and it earned its own piedestal in the community hall.   The arkeologist estimated the statue to be from around 750 BK, and that meant it came from the old treil, who lived in the area before the Nerna and Treil diverged their paths.

The importance of the statue

The statue itself was nothing special in its own time. Likely a relic made for a common household, if not by the household itself. It's made of a common type of material and though the craftmanship is okay, it's not of that high quality either. But though all of these facts make it seem like it's not that important, it has become a central part of the Treils' way of understanding themselves and their history.   It's a symbol of unity and reminds them of a time where they were respected and lived in harmony. It's a symbol of their strength and endurance, of their culture which managed to survive all the hardships it was put through. It is remembered for that, and not it's mediocre quality.
Items