Fantasmal Mountain is divided into seven distinct zones, four are above ground, three are below

This is the topmost zone of the mountain. It contains living quarters, conference rooms, offices, and other facilities that are familiar to a hotel or residential complex. The residency is divided into multiple floors and movement between floors is handled by translift. There is no restriction to enter the residency in general, however certain floors are considered high security and can only be accessed by specific ID cards. Public facilities within the residency can only be accessed by the ID cards or guest passes of those living there. Living quarters can be locked or unlocked by ID cards or guest passes as well.

The residency has living quarters for the Fantasma, chief officers, advisors, and other high-level staff. These living quarters are multi-room suites including living area, eat-in kitchens, two to four bedrooms, and two bathrooms. Generally, these suites accommodate both the staff member and their families though staff members with larger families can be given multiple suites or other special accommodations for family members. Suites come fully furnished, styled to the owner’s specifications; contain a melnet connected to the mountain core, for entertainment; and are cleaned and maintained by the mountain’s hospitality staff.   Staff members who live in the residency do not pay for their living arrangements. It is one of the many benefits of their position and they keep it for as long as they are employed in the Fantasmal Government at a rank appropriate to that benefit.   In addition to the standard living quarters, hotel-like rooms are available for visiting dignitaries, ambassadors, and other guests of the Fantasma or chief staff. These are similar in quality to the residential quarters. They are either single room with an attached bathroom or two room suites with a separate living area. The rooms come fully furnished with one to two beds, clothing storage, table and chairs, seating area, and a melnet.   Services included for all staff members and guests in the residency include, housekeeping, laundry, food delivery, and general concierge services. A hospitality staff member and a member of the assistants pool is assigned to every suite. All services are free except for food delivered from a location other than the residency hospitality kitchens.

The residency contains multiple gyms, three swimming pools, conference rooms with multiple configurations, hair and beauty salon, several lounges, and two restaurants. All facilities except for the restaurants are free to members of the residency.   In addition to these public facilities, the residency also contains the hospitality area including the kitchen and laundry.

The offices of the Fantasma, Fantasmal Quickener, Fantasmal Mind Mage, and several other chief officers are located within the residency. In addition, the mountain’s core access room, is also located in the same area.

The governance zone is located beneath the residency. It contains the offices and work spaces of all people working within the Fantasmal Government. Each government office is self-contained with its own offices, meeting areas, bathrooms, and break areas. In addition, there are dozens of additional conference rooms and meeting spaces available for use by anyone.

This is a large workspace containing all of the Fantasmal Assistants who serve high level chiefs and staff. Notably, no staff member has a personal secretary or assistant, not even the Fantasma, instead assistants from the assistants pool are shuffled around as needed based on their skills, work load, and the assignment type. In this way, assistants are assigned to a project, event, or group of people as needed. The assistants pool is managed by the Assistant Chief of Executive Services.

This is a small group of quickeners who do not have a fixed assignment. They are available to high level staff members for use at any time.

This is the main entrance to Fantasmal Mountain. The transportation corridor contains translifts that link to other government facilities, as well as domains that are considered to be permanent or major powers in the world. It also contains dozens of quickener caves each with two assigned quickeners at all time that are linked to specific areas and markers around the world. There is also a translift that leads to the base of the mountain, the only physical entrance. The physical entrance is manned by a receptionist and no one is allowed in without appointment or approval   The quickener network for these caves is extensive and managed by the Assistant Chief of Transportation. The transportation corridor itself is guarded by a rotating pool of mandant guards, as is the physical entrance.

The Fantasmal Libraries sit beneath the governance level of Fantasmal Mountain and are the second largest above ground level. They are divided between public collections, private collections, and research areas. There are also three cafes located throughout the library. Movement between the various floors and collections of the library are handled by translift. When needed the entire library can be sealed by a master seal.

In general, anyone within the mountain can access the public collections. This is an archive of books, periodicals, and melnet recordings from around the world. The library can be searched using a quartz based catalog similar to a melnet that is only accessible mentantly and requires extensive knowledge to use. For this reason, several dozen librarians are always on staff to help visitors.   Special access is required to check anything out of the library and is given at the discretion of the library staff. However, books can be placed on hold within the library for people to peruse over multiple sessions.   The main exception to this is the fiction and entertainment collection. Books and periodicals can be check out of this collection at any time by anyone with a valid ID or guest pass. However, library books cannot leave the confines of the mountain. Special mentus is used to protect them.   There are several dozen private reading rooms scattered throughout the library’s public space for people to read at their leisure. Rooms can be checked out in advance for use for up to two weeks at a time. There are also hundreds of chairs, couches, tables, and other public seating.   The public library is open from rise of sun to midnight every day except for days of rest.

These collections are inaccessible to the public. Only the librarians tasked with managing them or people with special permission can access the information within. A separate catalog details all of the books, scrolls, periodicals, and items within these collections.   The private collections include originals or certified copies of epouranal scrolls or documents, rare books and items with limited copies, and anything else considered valuable or rare. Most of the ancient epouranal scrolls are contained within the Fantasmal Libraries.

The libraries contain over a dozen research rooms used for all types of research, study, and experiments. Aside from the one dedicated to the chief librarian, research rooms can be checked out by librarians or anyone with special permission to access private collections.

The libraries contain three cafes and several public bathrooms. They also contain the offices of the chief librarian and staff, as well as several conference rooms and meeting spaces. There is also a special core access room, which only functions as a means to add to the melnet repository, no other core functions as the melnet core is physically separate from the mountain’s main core.

The city of Teedmount is located at the base of the mountain and is a medium sized city. It is the home to the vast majority of the workers in the Fantasmal Government because most housing is managed by the government and offered to government employees and their families at a significant reduced cost in comparison to market value.   Notably, Teedmount has its own artificial sky which mirrors the sky outside, including the weather. This was previously managed by complex mentus and mandamus handled by guardians, but in the last era the function is handled by a weather master or highly trained environ.   Teedmount functions as Sunnitarian City with its own functioning government and seat in the House of Vurbis.

Fort Timpson, more commonly referred to as just the Fort, is the highest underground level of the mountain. It is a massive military complex with buildings serving the different branches of the military, including the main military, the engineering corps, marine corps, and other support services.   In addition to military complexes, the fort contains a massive parade ground, several canteens, and the military translift network used to move massive amounts of troops to various places around the world.

The storehouse is located underneath the mountain and contains multiple massive warehouses to store food, supplies, and other items needed for the mountain.

Like the greenhouses, pod farms are self-contained environments used to raise farm animals in the mountain. Like the city sector, the pod environments mimic outdoor areas, just on a smaller level. Around 50% of the livestock needed for food are produced within the mountain. The rest is imported. When needed the mountain can be self-sufficient.

Because of the complex procedures in place to get into Fantasmal Mountain, anything that cannot be produced within the mountain itself is purchased in bulk and stored within one of the many warehouses in the storehouse. These storehouses use guardian level embedded mentus to create spaces within the storehouse that are larger on the inside to store massive quantities of goods of all kinds.

The storehouse has a large vault, about the size of a small town, with three different levels each protected by a different type of seal.   The Outer Vault   This area is protected by the standard high-security access seal, meaning that only members of staff with high security access may entire. It is used to hold items of high value that belong to long term visitors to the mountain. It also can hold special items considered too rare or dangerous to be kept in regular areas.   The Inner Vault   This area is protected by an adimus seal, meaning it requires the direct touch of specific people who are allowed access. This includes the Fantasma, Fantasmal Quickener, Fantasmal Mind Mage, the chief librarian and a few other chief members of staff. It contains priceless relics considered too valuable to be stored in the library, and highly dangerous items that cannot be destroyed.   The Supernal Vault   This vault is protected by a master seal, meaning only the Fantasma, Epouranals, or Daughter of the Sun can open it. It is said to contain the most secret of items guarded by the epouranals, only to be brought out at the appointed time.

The subterrane is the lowest level of the mountain. They are a series of winding tunnels that are hard to navigate, also known as the mountain’s basement. It is a high secure area that is usually only visited by maintenance staff and mentant engineers.   The plumbing systems, waste management, and environmental controls are all housed in this level of the mountain. Though many of these systems have quartz-based terminals in other parts of the mountain, the actual systems are maintained within the subterrane itself.   In addition, the core is considered to be located in the subterrane though technically it is several hundred feet beneath it and only accessible by walking down physical stairs to reach it. The secondary melnet core is located in the physical subterrane itself and connected to the core by quartz conduit. When needed, physical core access can be sealed by a master seal. 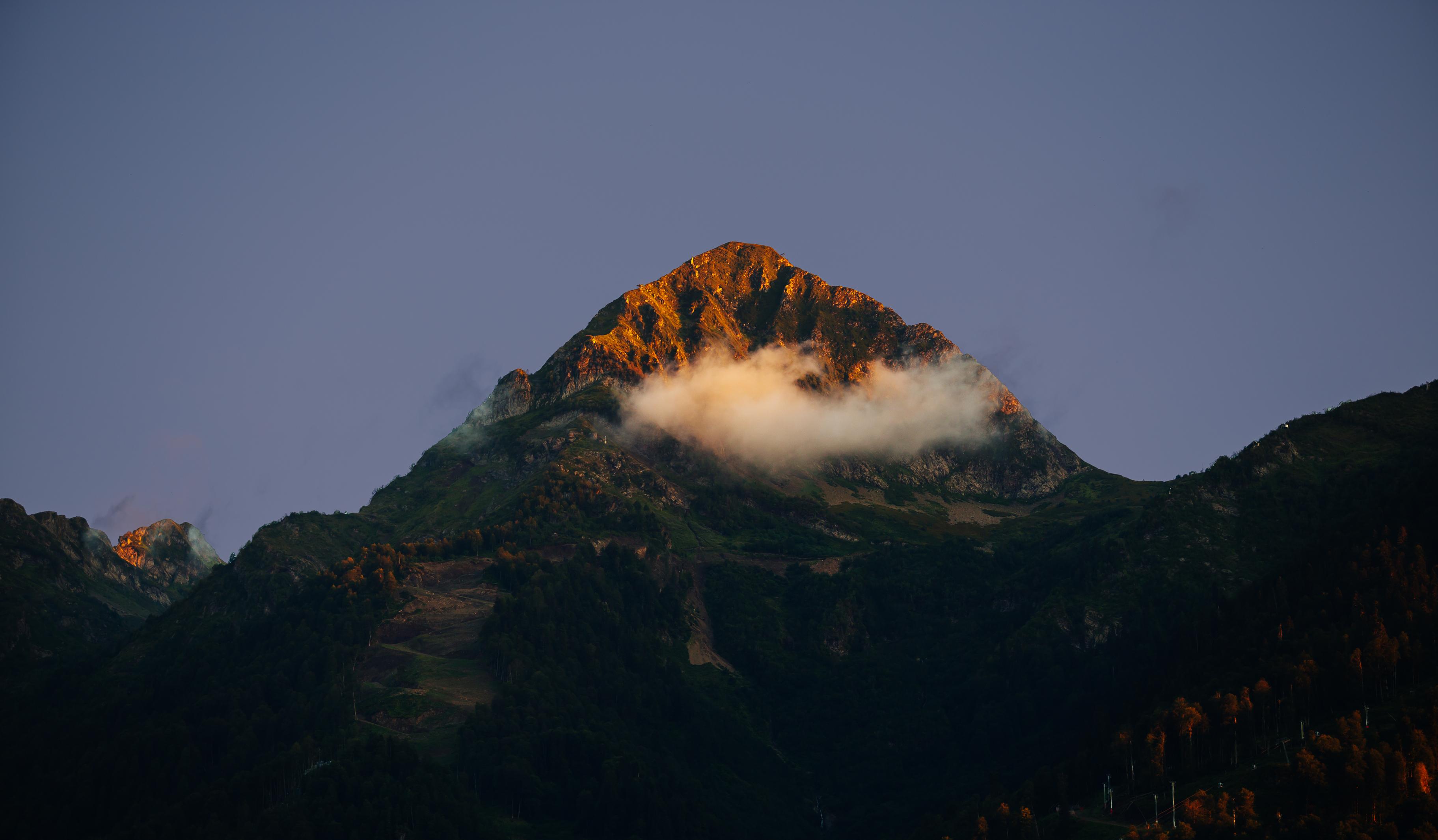 Articles may contain some spoilers but I try to keep them minimal and not reveal major plot points beyond the first several chapters of the "Quest of the Seal Bearers - Book 1". Use the box below to reveal spoilers from the entire book.