Light and purity and unfathomable golden justice. In the right hands, a blessed weapon - and in the wrong, an instrument of corruption.

The Light Rampant is a major magical artifact and deadly weapon stored in Eckehart Mansion by Silas von Eckehart. Most recently, it was used by a doppelganger of Licia Galewen to assassinate Talindë Ae'tharis. 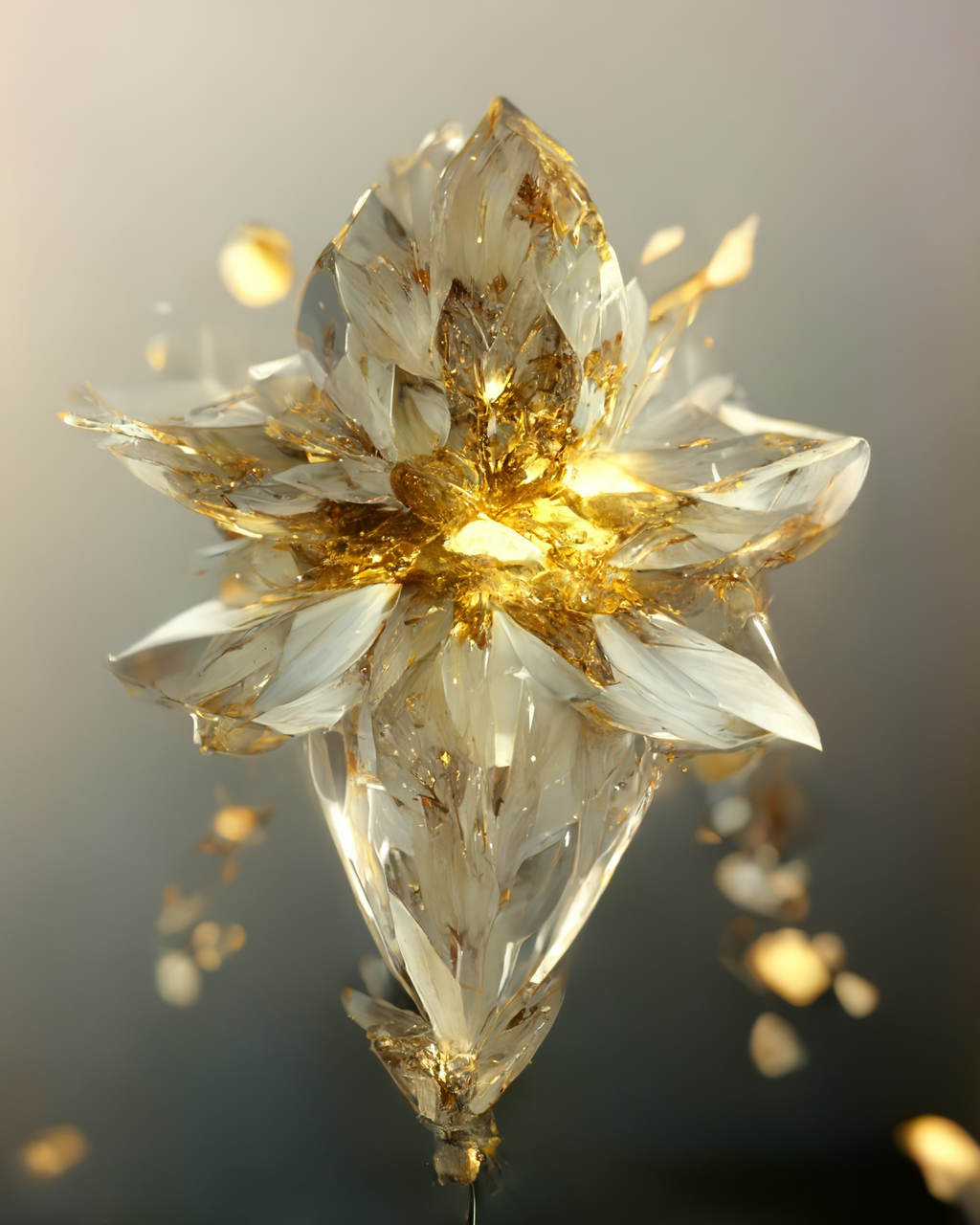 Brightbleed Crystal by Hanhula (via Midjourney)
The weapon is a sword that, by all rights, looks as if a paladin should be its rightful owner. With a hilt crafted from glowing light and a golden blade that shines bright in the sun, the Light Rampant is certainly easy on the eyes. It is capable of piercing any darkness with a single slash of its gleaming blade, and also of piercing almost any material - in that regard, it is almost like the blade was forged of some sort of celestial adamantine.   However, the blade comes with a sinister curse: all living beings who are touched by its blade find that their healing magic no longer works. Indeed, it is worse than even that - any healing magic applied to them immediately begins to destroy them as brightbleed sets in.
Only one person is known to have survived the Light Rampant's bite, that being the aforementioned Champion. For all others, it has been a death sentence - either immediately, or over the horrifying period the blade and curse allow.

Heaven can no more claim the sun's golden light for its own.   Allow me to demonstrate.

The Light Rampant has numerous myths surrounding its creation, chief among them being the involvement of a devastatingly beautiful angel who was born from the essence of light itself. A proud and beautiful man, he served in Heaven's armies for centuries.   It wasn't to last. A tragic loss saw his vanity shattered, and when his allies did not stand by him, he broke. The angel let himself fall, but never once let go of the light that infused him - dragging primordial light and good to a place of evil, and corrupting it deeply. The sword that had failed him in his wars, he impaled himself upon, allowing it to absorb that same corruption. When he removed it, it was forever changed to a weapon of darkest might - to a blade that would prevent healing and cause severe strife in all that it fell upon.
The sword's history did not end there, evidently, and many owners and myths have built up surrounding it over the centuries. Most famous of these was a period of time in which one of Shiar's most powerful rulers claimed the blade from a collapsing temple in the Scalded Plateau of Sareshan.   This incident caused a war over it due to the disputed territory involved; Sareshan was furious at the Plateau's invasion, and at Shiar's theft from holy ground.   The war was finally settled when the queen was revealed to be one of the Incarnadine; the sword was quickly stolen from her by a third-party adventuring group sponsored by a mysterious (but deific) benefactor.   Modern interpretations of this particular incident suggest that the benefactor may well have been the artifact's original creator, supposed by some to be the long-absent devil Lucifer, who then redistributed it years later to the next of the names on his long list. Whether this is true is as of yet unknown. 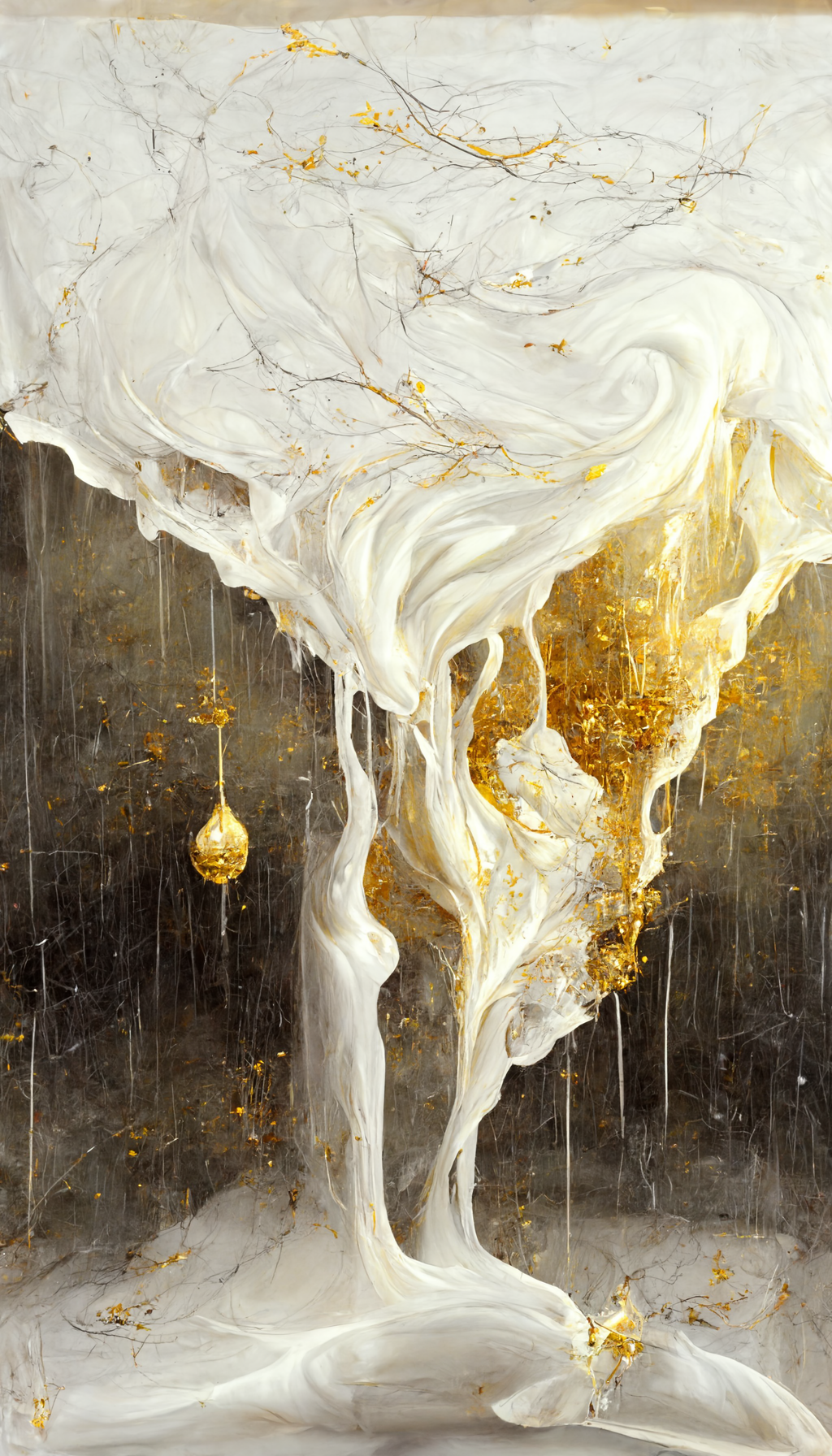 Brightbleed's effects by Hanhula (via Midjourney)
It was obtained by Silas von Eckehart on one of his rare excursions out of Eckehart Mansion from the hands of an insane magus who had begun to form a cult around it. They had been cutting swathes through Sunadar with it, and the issue had reached SIlas's ears by way of a mage offering a pact - her experimental research notes and the sword in return for him dealing with it.     Once retrieved, it began to spend centuries in the safe protection of the Eckehart vaults alongside many other items of impossible power. It would have been relegated to memory with time had it not been used to strike Talindë Ae'tharis, Champion of Seren, as a decisive final blow dealt by a doppelganger assassin. He was rescued largely through the efforts of Burdyr Donderiall, but carries the emotional, mental, and physical scars to this day.

Of all the sensations, that is not one I would wish upon any. That burning agony... I dare not fully admit that I have recovered from it, not yet. Every rush of positive energy... every mention of healing. Er - Arsandil, should you read this.. do not worry.
— Talindë Ae'tharis

Answering: "an artifact that embodies a hideous or monstrous idea"
Visit Hanhula's Competition Page Check all other answers to this prompt Competition Homepage

Beautifully written, truly. It made my heart so sad--and it felt so very real.   Well done. One of my favorite items from SC!

What a wonderful concept of a sword that would seem so good but has such devastating consequences.