The Falkenraths are a respectable family, you know, even with their... heritage. Their latest heir is rather more soft than his parents, but I don't imagine they'll leave him so weak for an extended period of time. It would be quite out of character.

Lukas Falkenrath, or more formally Master Lukas Heinrich von Falkenrath, is the only son and heir to the primary line of the House of Falkenrath, one of the many ancient houses of nobility in Gothadrun. As a male heir to his House, he was blessed with vampirism upon reaching the human age of majority, and is expected to marry and continue his line when House Falkenrath locates a suitable partner.

As a vampire, Lukas's body will remain in the same general condition it was in when he died unless powerful necromantic magic dictates otherwise. He passed at 18 years old and was in reasonable physical condition at the time of his turning. He does not have particularly defined muscles, but nor is his weight anything other than average. He isn't excessively tall, nor is he short - and he's entirely happy with his appearance, no matter what his occasional whining may indicate.

Pinched cheeks and gaunt features pair with an oval-shaped face and full lips. It's said that he'd make a prettier girl than he does a handsome man.

Doesn't have any piercings or birthmarks: does, however, have a scar on his neck from being turned. He also regularly shows up with various artworks on his arms and back thanks to some of the more artistic friends he keeps: he would have a tattoo done to memorialise them, but he's not sure it'd hold.

Gestures rapidly when talking, no matter how unemotional the statement is.

Always wears expensive and well-tailored outfits made from comfortable (but luxurious) fabrics, usually in a traditional Gothadruni style. This tends to mean he wears a full outfit of a doublet, waistcoat, breeches, cravat and various other accessories to augment his look. Though, with this in mind, he has been known to give into the urgings of his friends on odd occasions - never for very long - and has been sighted in far less gentlemanly outfits to blend in with the peasantry. He also owns a kilt, which he has claimed is the most comfortable piece of clothing he owns.

Lukas was born in the Falkenrath family estate to Lord Siebald von Falkenrath and Lady Margarethe von Falkenrath (née Schultheiss) as the result of decisions made by the noble houses of Falkenrath and Schultheiss. His mother was slightly older than most mothers at the time of his birth due to his father's extended travels abroad, and thus his birth was not an easy one. Lady Margarethe, despite a physical frailty and her advanced age of 29 years, survived the birth and was given leave to raise Lukas without the use of a nursemaid until the young master reached a year in age. At this point, before Lukas could form true memories of his mother as an inferior human, Siebald gifted his wife with vampirism.   Though he grew up with an understanding of the difference between vampires and living beings (like himself), Lukas never took much of an interest in the former, instead focusing his studies and attentions on the behaviours of humanity and other species. He would beseech his tutors to lead him into the local towns and villages to survey his family's territories and meet the strange people who lived by their grace, and without any forbidding words from their superiors, the tutors gladly obliged the young master. Needless to say, this was an odd occurrence for the working public. When he was 12 years old, Lukas received permission to take on a small number of personal servants from the commonfolk (to be overseen by his parents) - he used this opportunity to spend time conversing with the commoners and soon struck up a friendship with a human boy of his age named Theodor Kraus. 'Theo', as Lukas quickly christened him, fast became Lukas's closest confidant. Other mortals would join this little circle of friends, but none has ever come close to reaching Theo's level - not even Lukas's cousin Ottilie, who is perhaps his closest vampiric ally.

You must understand that he will no longer be the same man you know him to be? I do sense that look of stubbornness within your eyes, you know. Very well - if you wish to meet with him once he is fully recovered, then leave. If you intend on staying, then I might suggest inquiring as to the whereabouts of Lord Siebald's childhood friends? They do convert those who they grow closest with, you know, so there is surely some reason for you to have never met them. Why, I imagine you'd even share the servant's quarters with them.
— Ottilie to Theodor, 5618

Just before he reached 18 years old, having sufficiently met his family's expectations of his education and standards of behaviour, Lukas celebrated his last days of dhampir life with a luxurious ball and a celebration that spread through Falkenrath territory like wildfire. The actual day of his 18th was somewhat more solemn. Though he'd told nobody other than Theo, Lukas didn't really want to give up his mortality: but it was his family's tradition, so he'd go along with it. His father administered the bite; thankfully, Theo had listened to a warning passed on by Ottilie and taken leave from the household along with as many of Lukas's mortal friends as possible.   Lukas never spoke publicly of the chain of events immediately following his turning. His mother, when asked by a curious visitor, brushed off the question with a demure smirk. "He was but a child, and children are not known for their control. I would say he's matured in the scant few years since then, would you not agree?" The newly-dead Lukas did not reappear in public for a full year, and when he returned, he was much the same as before - including latching onto Theo as soon as the other boy showed up. Curiously, Lukas remained the only member of his family to publicly decry the killing of mortal beings for their own sustenance: though the Falkenrath family preserves humans and other respectable creatures where possible, they are one of many families (particularly including Houses Güldenbergen and Schultheiss) that actively breed and hunt certain smaller species such as halflings.   In the years since, Lukas has begun studying the natural environment in more depth and particularly enjoys spending time within the Glühenwald. As he is a vampire, the erythisblumen within cannot harm him as they would a human - though he does maintain a level of caution due to the number of 'idiotic hunters' trying to break into the forest to steal its native bounty. He has also undertaken some few scholarly ventures at his family's request, and until recently, had managed to avoid being placed in any kind of active militant or stealth role. Though he currently travels as a relatively-unwilling passenger of the Lost Ones, Lukas is eager to return home to Theo, Ottilie, and the relaxing scents of his expansive bathtub.

Lukas has been extensively tutored in fencing and magic of various forms by professional tutors hired by his family. He has no formal qualifications of higher education, and has displayed no interest in attaining any yet. Despite his magical upbringing, he doesn't particularly enjoy spellcasting - or combat - and tends to prefer background roles. His primary interests as of late have revolved around potions and natural remedies.

Extremely charismatic! Semi-bright, but.. not the wisest. Lukas has never made the best decisions. He definitely tries.

Wants to live a peaceful life with a distinct lack of fighting. Doesn't mind word-sparring - politics is entertaining to listen to, but not something he's good at comprehending - but is a bit of a cowardly pacifist by nature.

Genuinely enjoys helping people if it won't hurt him to do so. Refuses to do anything without the other person's consent unless they're hurting him.

Extremely naive and somewhat unfamiliar with the outside world or life on the streets. Doesn't have an excessively high opinion of himself. Tends to miss the bigger picture, and is a little too selfish at times.

Talks a lot when nervous or uneasy, often revealing things he didn't actually mean to say. Gestures dramatically whilst doing this.

Obsessively perfect about his own cleanliness.

You spent HOW much on hotel rooms?!
— Theo

Extremely comfortable with the amount of money he and his family possess - which is certainly no small sum. Lives in absolute luxury at home and has near-infinite amounts of time to accrue more currency.   Though it's nowhere near what the rest of his family have managed, his own investments and business endeavours (largely encouraged by his mentors) have granted him an external source of income that he uses to ensure his own stability and safety. A large chunk of this income goes towards travel expenses and medical supplies for those willing to be paid to let him sustain himself from them. 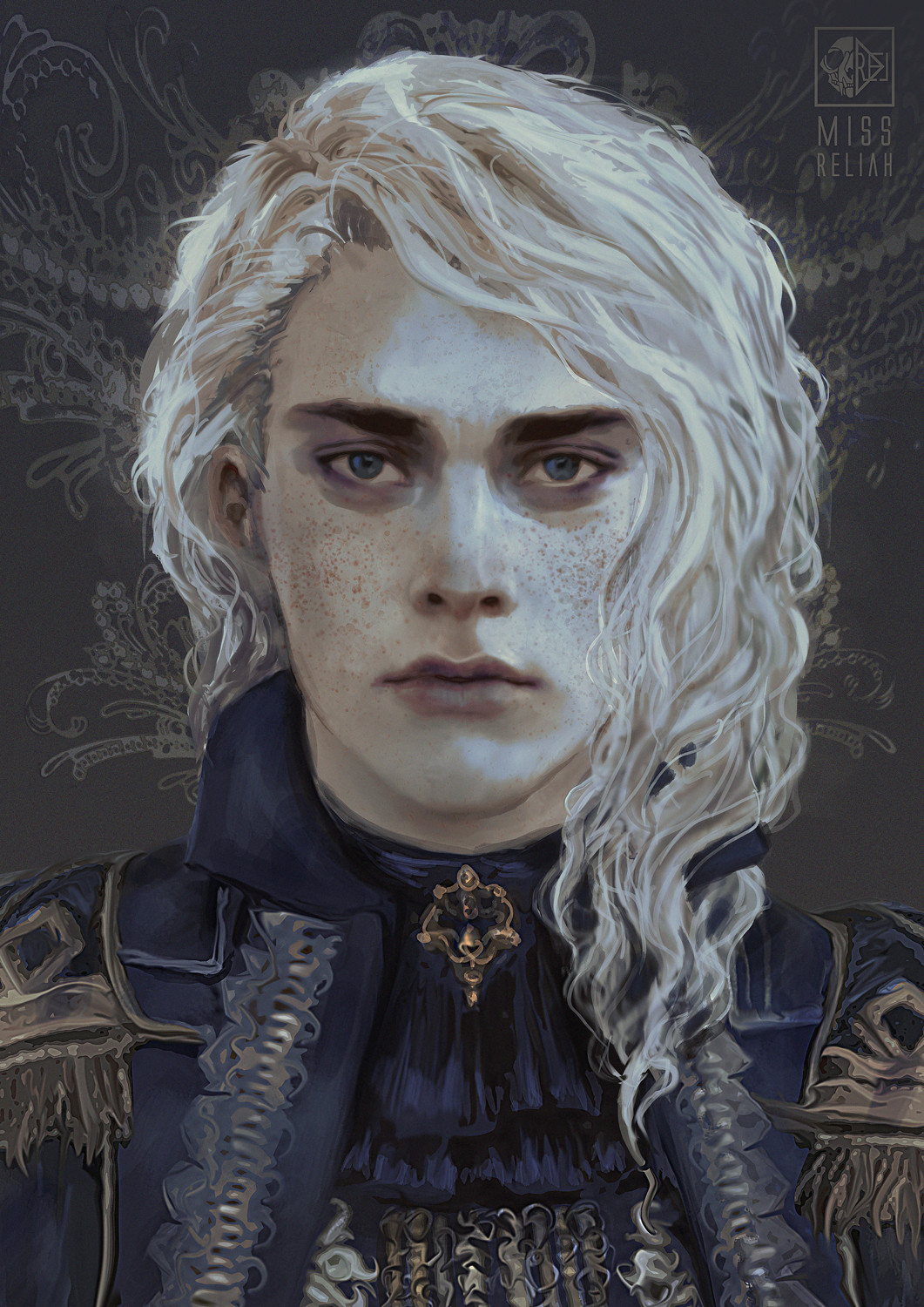 Current Location
With the Party

This world uses trademarks and/or copyrights owned by Paizo Inc., which are used under Paizo's Community Use Policy. We are expressly prohibited from charging you to use or access this content. This world is not published, endorsed, or specifically approved by Paizo Inc. For more information about Paizo's Community Use Policy, please visit paizo.com/communityuse. For more information about Paizo Inc. and Paizo products, please visit paizo.com.
Cover image: Castle Hall by Tama66
Character Portrait image: Mask by Reliah A.

SWEET PURE BOY   I may have to be harsh towards him as Burdyr but I adore Lukas.

I'M SO GLAD. He's such a strange character to play, given that he's completely out of place in your group x]