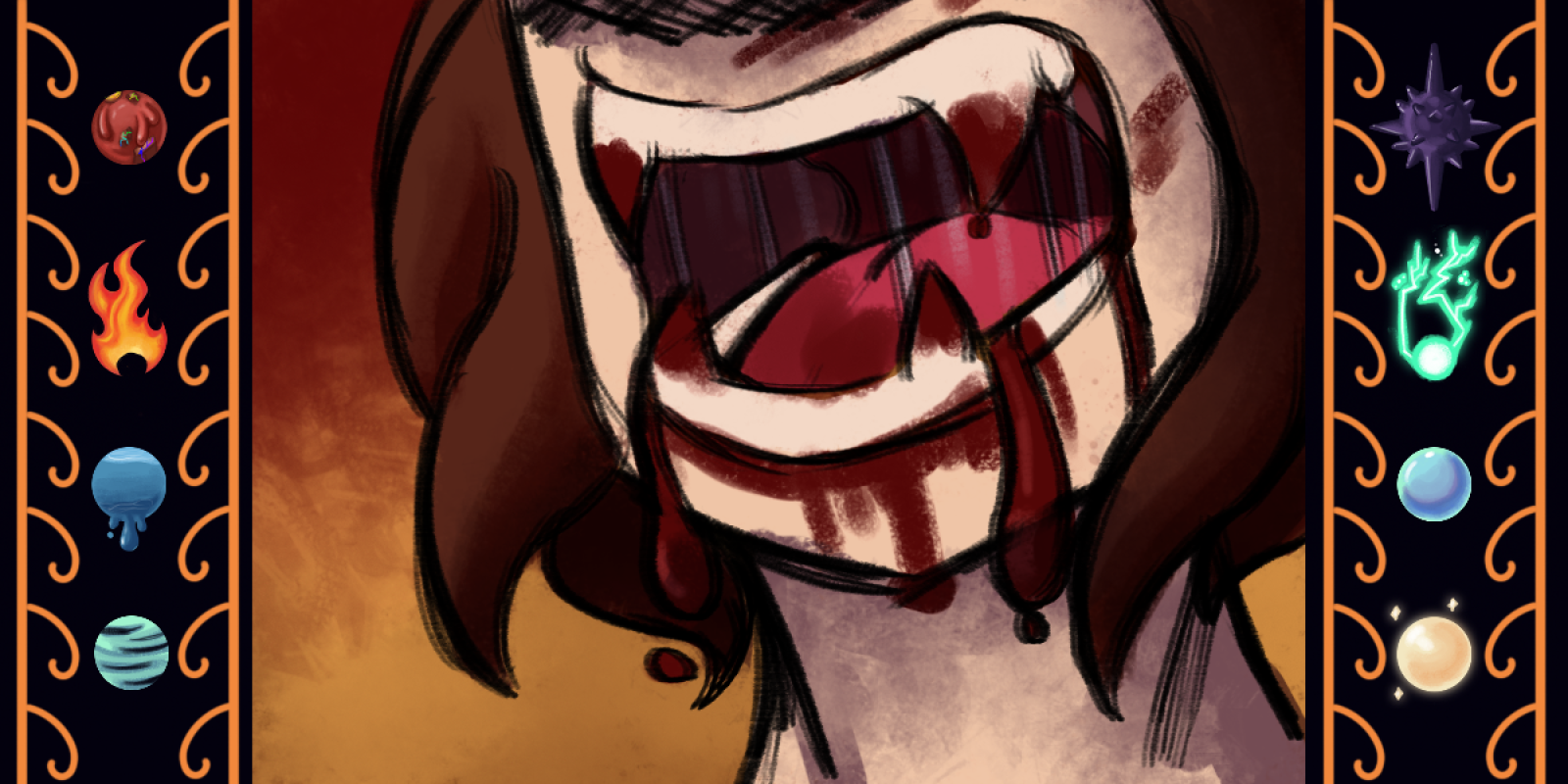 While many books and movies play with the end result of a vampire bite, everyone knows the truth: that being bitten by one will not turn you into one of them. Instead, it will transmit a disease that is named Twilight Fever. However it is not only the pure-blooded vampire that can spread the disease -- it is also carried by damphyrs (dam·pire). Within a vampire or damphyr, there is a potent collection of mana and various components in their venom, which interact poorly with other beings' immune systems.

Beings capable of catching this disease are fearful of it due to it causing a loss of control. Media including vampire bites tend to stoke the fires of unease, with some stories claiming you could 'catch' vampirism. This is unfounded and likely just extended side effects from catching Twilight Fever. Many treat victims of Twilight Fever with fear and distrust, and it is not uncommon to find sufferers of the disease pulling away from their social circles due to embarrassment and shame.

Did you hear? I heard Veronica down the street got Twilight Fever. I can't believe it! I used to let her babysit my kids! It's a shame though, she was such a good match for the kids when we went out...What, no I'm not letting her watch my babies! What if she's still rabid!...Yes I know she wouldn't be out if she wasn't over it, but, you remember those stories right? About how sometimes people go crazy....? I can't risk her hurting my children!
— Overheard phone conversation on public transit

However, there are certain types of beings that...enjoy the primary sensations of a vampire/damphyr's bite and will go out of their way to allow themselves to be fed on. These people are called Fever Addicts, or Pincushions, due to how often they are punctured by the species' fangs. These individuals cover themselves in runes and wards, and willingly offer their blood in exchange for feelings of euphoria and bliss. Vampire venom is considered a hot commodity to them.

Twilight Fever is so named because of old wives' tales that vampires and their kin would only strike during that time period, and that shortly after being fed on, the first symptom typically noticed by others is a fever. This fever persists throughout the lifetime of the disease, and is the main namesake. When the fever breaks, it is typically used as a sign the disease has run its course.

Twilight Fever is transmitted through bite: the vampire's/damphyr's fangs must penetrate skin, with their venom and saliva entering the bloodstream of the victim. It is possible to extract the main vectors from a carrier to use via an injection into the bloodstream, but it is an incredibly uncommon transmission vector. This method is used only by Fever Addicts/Pincushions.

The main cause behind Twilight Fever is currently under research, and results of testing have been kept under wraps. It is theorized that there is an alternate type of Mana within the body of a vampire or damphyr, due to their feeding habits and how they metabolize blood and its components.   Depending on a beings' Magical Immune System they may not suffer from the negative effects of a bite. They may just experience the aphrodisiacs in a vampire or damphyr's venom instead. This is theorized to be why certain people become Fever Addicts.

Treatment for Twilight Fever is limited due to the transmission vector. Despite that, there are a few options available for people suffering from Twilight Fever, which are as follows:


Ideally, a victim of the fever is recommended to undergo isolation, without any reflective surfaces. This ensures that they don't see anyone (including themselves) as a possible meal or threat, depending on the progression of the disease.

If the afflicted being is a substantial threat to themselves or others, it may be suggested that the being is placed alone and restrained using medical devices. Trying to restrain a being suffering from Twilight Fever with plain ropes or fabric can result in them hurting themselves or others.

Due to the increased senses of the aftermath of the bite, it is recommended that the sufferer be placed in a quiet place, with access to earplugs and eye-coverings. If they don't have the autonomy to do so, and it is still safe to approach, an eye-covering is best to avoid over-stimulation.

Runes can be used to lessen the chances of infection or to hasten recovery. If runes are used they must be on a choker or other accessory which directly touches the skin, or tattooed onto the subject.

While Twilight Fever is a feared disease, it should be noted that it is rarely fatal. It is a short term condition, with the more aggressive symptoms lasting between 24-48 hrs. As mentioned previously, there are some side-effects that last after the disease has run its course, but they are treatable and manageable.   The disease is likely to be diagnosed in a clinic or hospital, and depending on the being's reply to medical staff a treatment plan will be set in place.

There are risks of complications with this affliction, such as sensitivity to light and shortened temper. Some of the symptoms may linger after recovery, with far lessened intensity. Documented cases of symptoms staying after recovery are as follows:

Using items that are carved or painted with Runes can help with protection against non-consenting contact between others. (For example: having a finely tuned protection rune that causes others to feel uncomfortable when in contact with you without your consent).

While items carved or marked may be forgotten or misplaced easily, tattoos cannot. Some beings, especially those who like to get bitten, will mark themselves with health and recovery tattoos along with tattoos aiming to purify their mana.

Magical Immune Systems are a beings first defence against spells and harmful mana. Being exposed to different manas in small and safe amounts to avoid Mana Poisoning, can be used to help the body recover from magic based ailments faster. 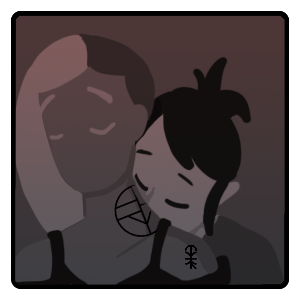 Remove these ads. Join the Worldbuilders Guild
Illness and Conditions

Huh, neat! I like the detail given to symptoms and causes, plus the cover image is nifty

I like how the most dangerous part of this disease seems to be the social consequences. The symptoms seem manageable, albeit unpleasant. But the fact that people are afraid of you going crazy even once you're better is pretty terrible. Great work!!!

Thank you! Yes theres quite a bit of social aspect to it, along with the possibility of hurting yourself when you're in the middle of the Fever. I wanted to make it a mix of enticing but also, you know, scary! Thank you for the compliments ^^

I love the quote! It seems very probably people would react that way, even though the disease itself is a short one. Same with the conclusion: don't get bitten! Indeed! xD (although if there's enough Fever Addicts for them to get a nickname, it might seem like a necessary recommendation...) I really like the fact that this disease isn't fatal or even that dangerous; And it's a very original idea!

Thank you! I wanted to mix some vampire lore up, and it's an interesting challenge as my vampires are a species, not transferred by bite! Thank you so much for your compliments, I appreciate them a lot! : D

The two images are really interesting and I laughed at the lil'joke at the start. The first simply shows that it deals with "vampire aspects", and the second that some peoples like/enjoy that. If we add the symptoms from the text.. Well, it's literally how to summarize an article :p

I'm glad that it got a giggle! The fiction of that book doesnt exist in this setting, but I still wanted to be meta. Thank you for the compliments!

that header image is scary