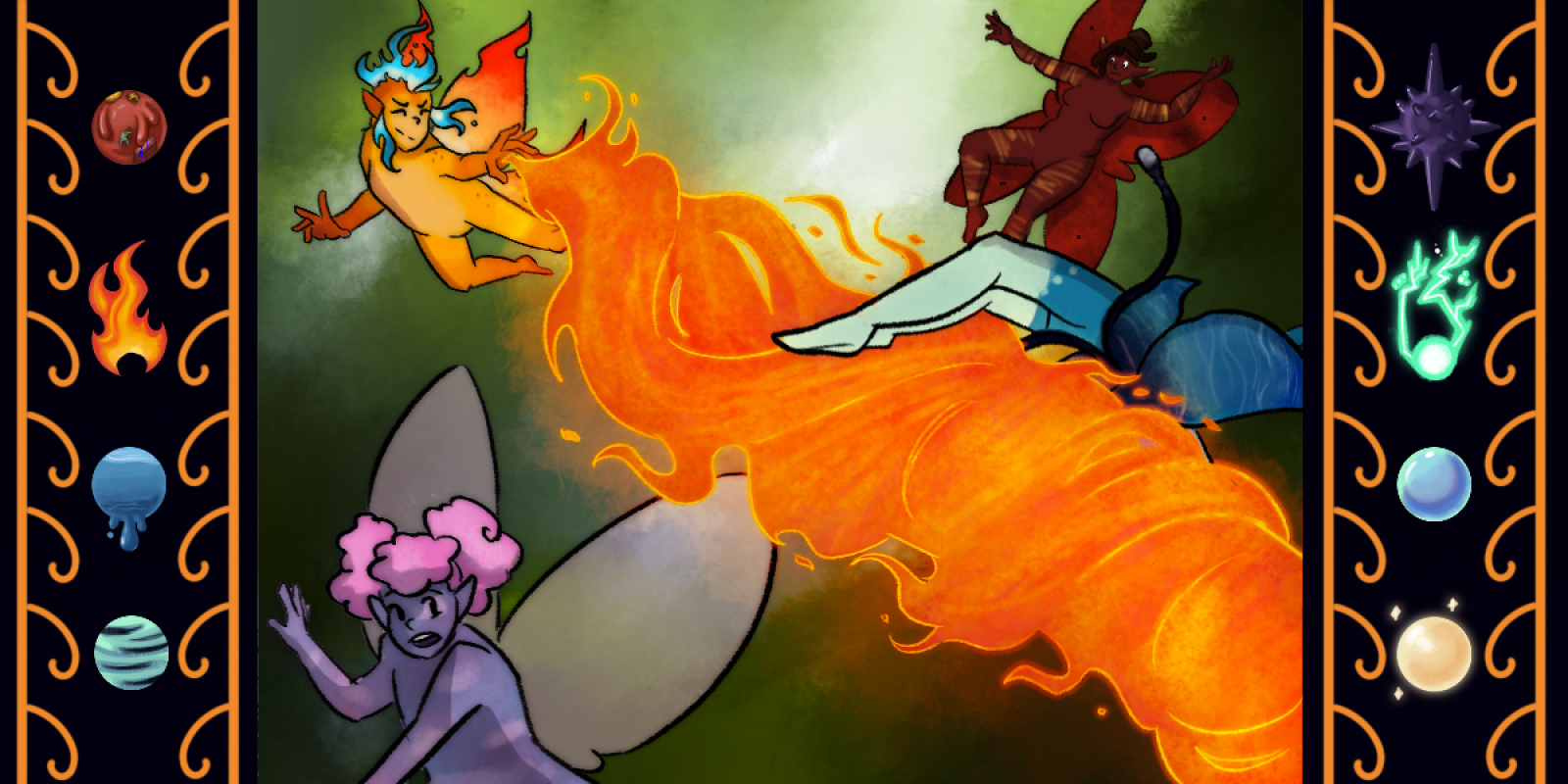 Pixies (singular pixie) are a small Fae adjacent species, full of Elemental magic to the point that it changes their physiology. Since they're so small, they live in large groups to protect themselves, and are often only found in areas with a high concentration of magic, such as ley lines crossovers. They'll often live with other highly magical species, but humans and other humanoid beings use Pixies as an indicator species.

They are known as tricksters and are prone to pranks; they are very much like the fae where they will twist your words and speak in half truths. It is suggested to either be overly polite to them, or to flatter them; just don't over do it, or they'll assume you're being rude. It's a very delicate balance to interact with them and it is suggested to do so with care. 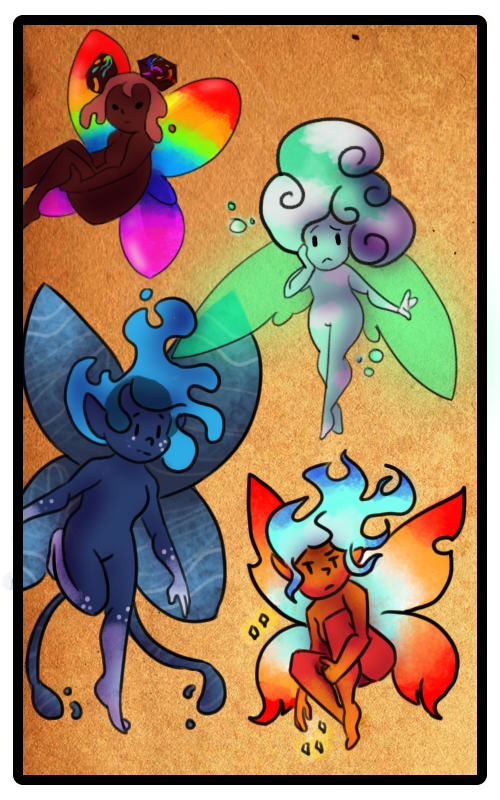 A Pixie's eye colour is usually linked to the element they are bonded to, but there can be exceptions. Heterochromia isn't very common, though partial heterochromia may occur.

Uncommon: Yellow and Hazel. These colours are alternatives for some of the elements, Fire and Earth, respectfully.

Rare: Purple. This colour can occur with any element of Pixie, but it is incredibly rare.

Pixies are among the most magically sensitive and adept species across isidoro, perhaps just behind Dragon. However, instead of having control over all eight elements, they simply have advanced control over the main four.

Note: Table indicates the difficulty for each species to learn the elements. 0 = born into, 1-3 = simple to difficult, 4 = extremely difficult.

Pixies are one of the easiest members of the fae family to recognize, due to their petite size. Pixies are incredibly small in their default forms, typically only reaching six inches in height. They can shapeshift, but it isn't their strong suit; most of them will only be able to take forms similar to small children, often using this to trick humans and other beings.

Telltale Signs of a (non-shapeshifted) Pixie

Much like the elemental dragon species, pixies have their own varying appearances linked to which element they were born linked to. There is no set appearance for each element: there are some common things that occur with pixies of each element (ex. All water pixies have hair that flows and floats like water). 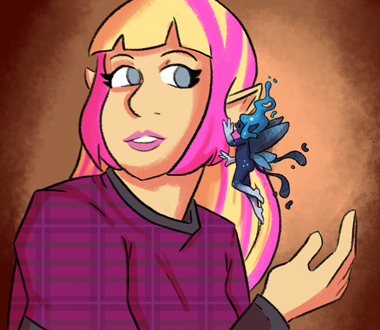 by chaostearkitsune
You Pixie Magic Affinity table appears to be a bit wonky with the BBCode.

That's really odd, because it doesn't do that on my end : ( I'll ask around; thank you for pointing that out to me!

Hmm. Might have been on my end; it's fixed on a different computer.