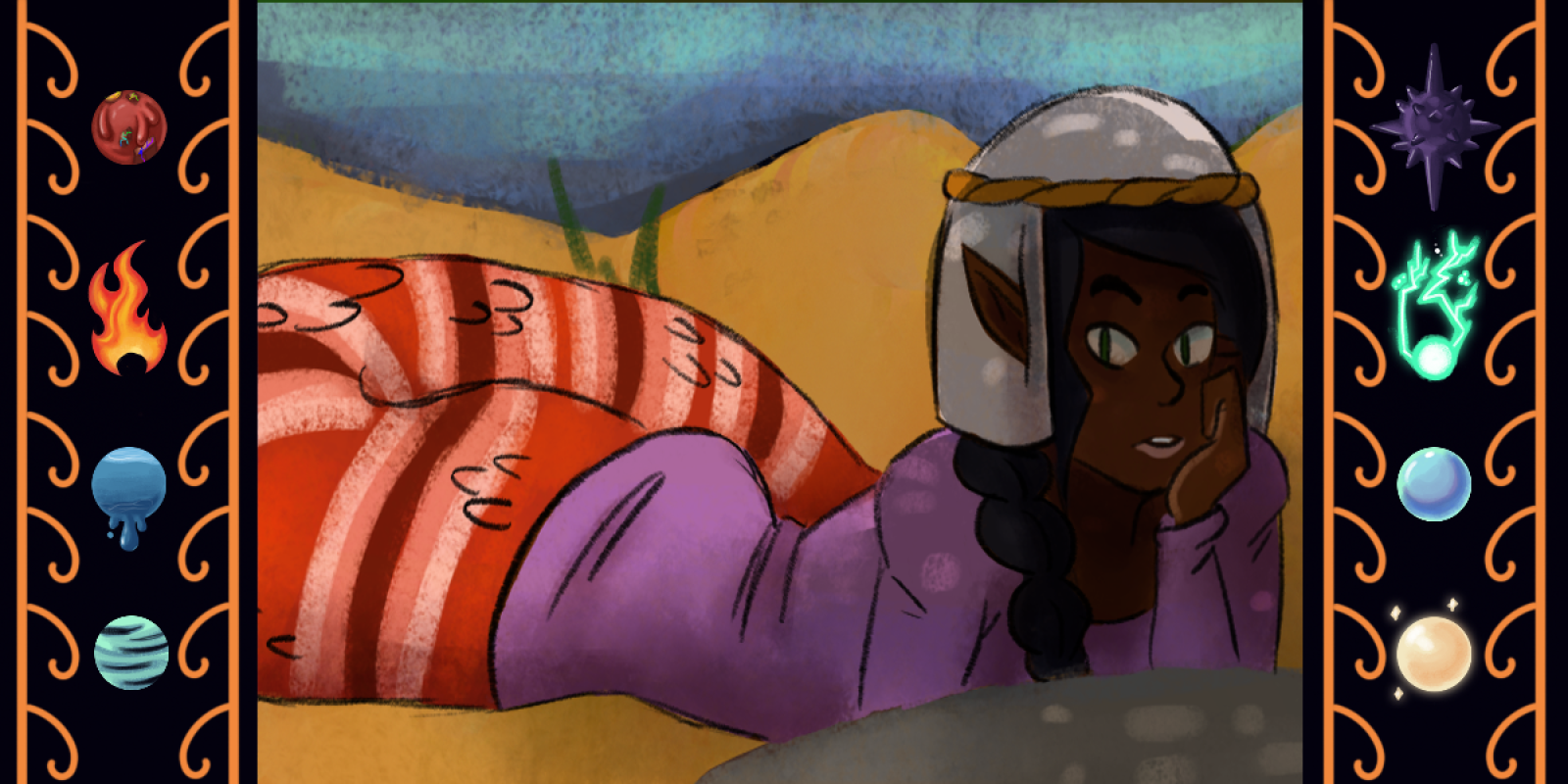 Naga are a demon species, which typically live in small to medium sized communal groups, and they are suited for hunting alone, or rarely in pairs, before returning to their current community. Their territories span deserts, rain forests, and more; however due to their serpentine physiology they cannot handle cold temperatures.   Their tails come in a variety of patterns, and communities normally are of one particular scale pattern. It is abnormal to see many types of naga in a single village unless it is a trading caravan or village.   They are wary of humans, though they're not as reclusive as Bloodkeepers . Nagas typically have a hard time co-existing with humans, due to their size and intimidating features. 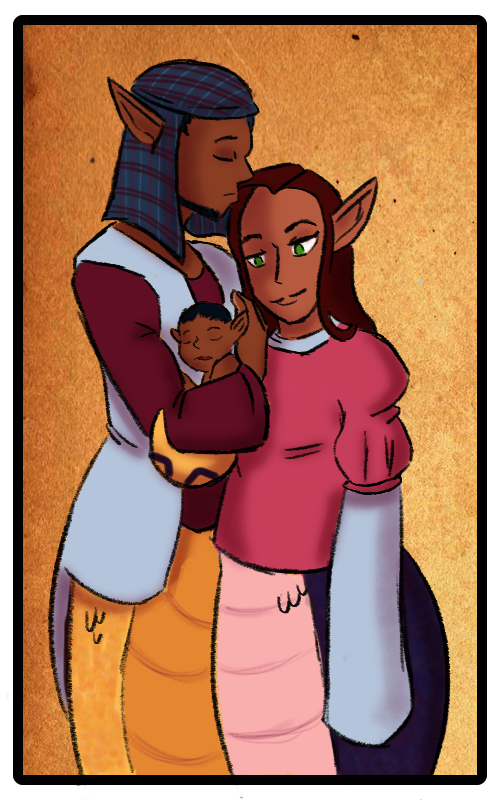 Naga are identifiable by their large, thick tails. Their skin tones can vary depending on environment and culture. They have upper bodies similar to humans and elves, with a snake tail beginning around their hips and lower abdomen.   Due to their anatomy, nagas tend to wear drapery that covers some of the upper expanse of their tail, but short enough to not get in the way of locomotion.


Nagas' main eye-catching features are the decorative scales that cover the length of their tails. They also have a small scattering of scales along their stomach and spine, but the more detailed scales are focused on their thick, muscular tails. These patterns can vary wildly, and match real-world snake designs.

Nagas have the same variety in eye colour as other humanoid species, though they have their own probability of the colour occurring. They vary from Common to Rare and will be discussed below.

Common: Red, Gold, and Brown. Most nagas are born with these eye colours.

Uncommon: Green and Hazel. Nagas are occasionally born with these colours, though they are considered uncommon. Hazel is more common than green.

Rare: Blue and Purple. Nagas eyes tend to cloud over with this tone when they're about to shed. However, it is possible to be born with these colours, just very unlikely.

Heterochromia and Partial Heterochromia colours still follow the same chart as the above, but it is more common for nagas to have colours in the same category, such as heterochromia with Red and Gold, or Blue and Purple.


Nagas are a species that are naturally inclined toward Fire and Earth magic and are born with that alignment. The only exception is if they are of mixed parentage, in which case the parent species may influence their magical affinity.   They are able to learn other types of magic, and though it is most difficult for them to use Air and Ice, it is possible through training and MEIs to have some usage of said elemental magic. However they tend to stick to their natural born affinity and usually one other element of their choice.

Note: Table indicates the difficulty for each species to learn the elements. 0 = born into, 1-3 = simple to difficult, 4 = extremely difficult.