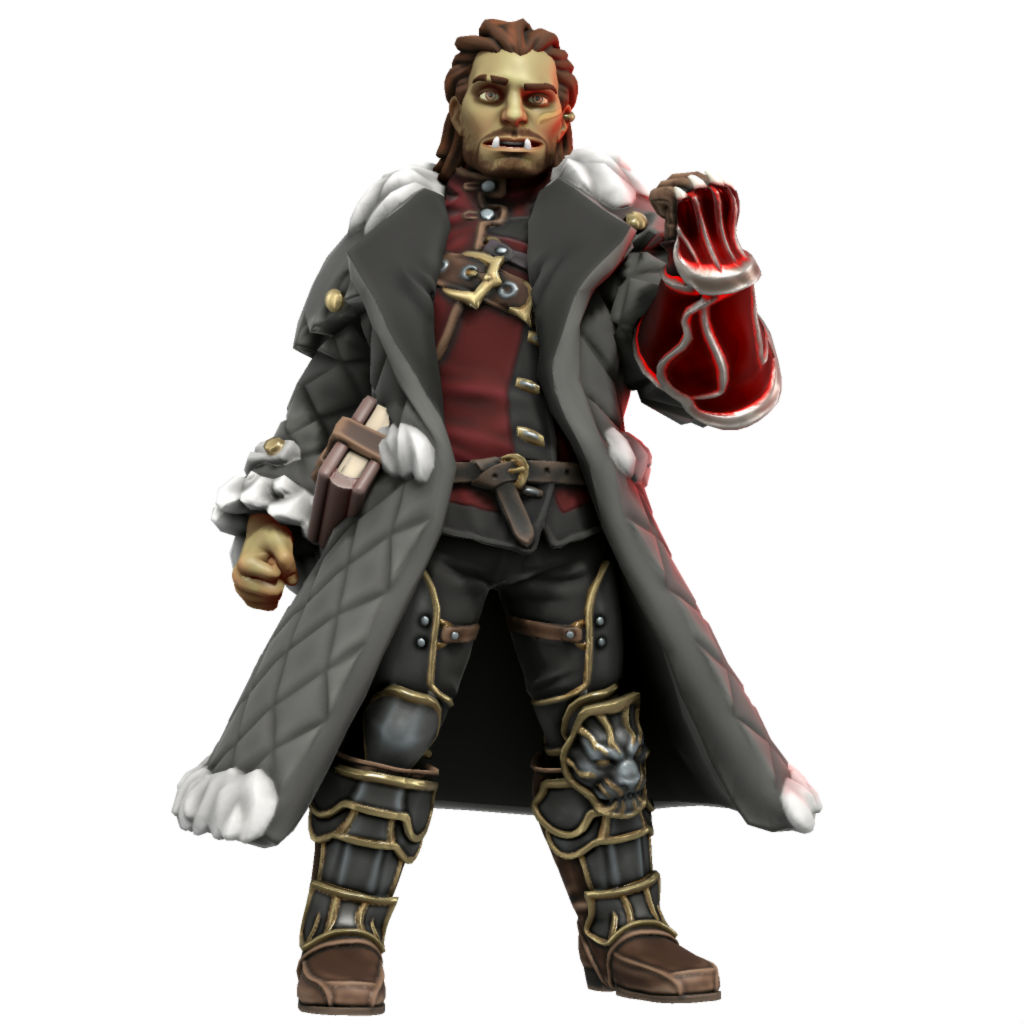 Arcaan was the younger brother of Thexan, children of a nobleman from Cheliax named Baro Salis. Baro's wife had an affair with one of the estate's half-orc slaves. When Arcaan was born, Baro immediately had the child taken away by the house staff. According to Baro and the rest of the house staff, the child's mother passed away during childbirth. But the child was allowed to survive. However, well into his teens, Arcaan was never allowed to set foot beyond the estate's walls.   Thexan loved his brother despite their obvious differences. They both shared a love of knowledge. Arcaan and Thexan were educated and aspired for greatness. Thexan was an inventor and artificer, using arcane training to infuse items with magical powers. Arcaan was also trained in the arcane arts, but never fully pursued it until he discovered the ability to blend martial talents and arcane talents.   During their research, Thexan discovered ancient plans for a pair of gauntlets. The plans were written in infernal, which only inspired Thexan to continue with the creation. He forged the spellhammer gauntlets. Arcaan was anxious to try them. Thexan was curious as well, so Arcaan put them on. He was able to channel his arcane power into the gauntlets, performing various effects. However, Arcaan was unable to take them off.   Thexan dove deeper into his research, trying to find a way to take them off. It became an obsession for him, driving him into great desperation. He could find to cure, no way to break the curse on the gauntlets. He found no way to free his brother until had found only one option - Mistress Serdrissa Nolarethi, a drow wizard. She told Thexan she had a lead on how to break the curse, but she would have to examine the gauntlets herself. In return, should she free Arcaan from the curse, Serdrissa would keep the gauntlets for herself. 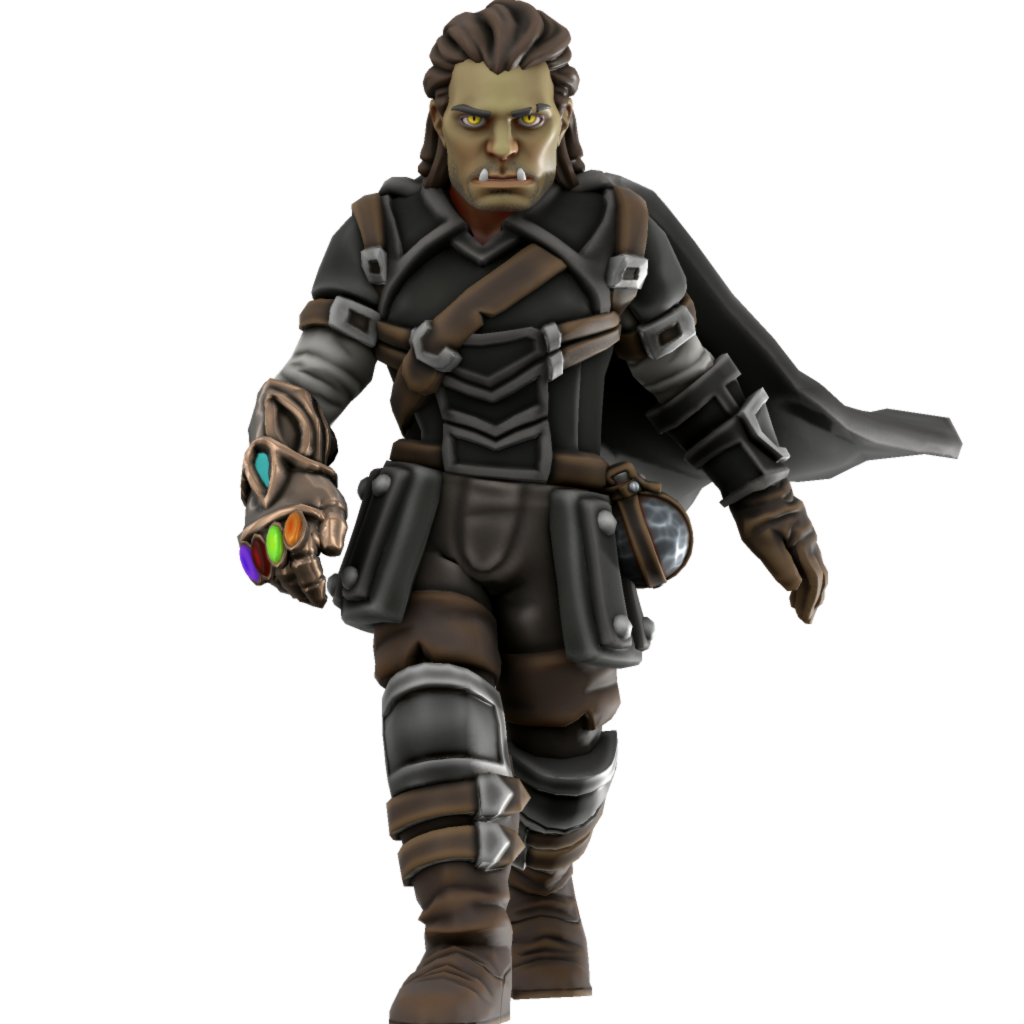 The issue became Arcaan himself. He loved his brother and had continued to help him to find a cure. Thexan, however, knew Arcaan would never agree to let Thexan make deals with drow. So, in a moment of desperation, Thexan orchestrated a drow "ambush." He and Arcaan were taken by a group of drow and separated. Serdrissa told Arcaan that if he did not comply with her orders, Thexan would be killed. Once the gauntlets were removed, Serdrissa would appear to lower her guard and allow Arcaan to "escape."   Arcaan and Serdrissa worked together and, over time, developed mutual respect. So much so, in fact, that Serdrissa shared some of her spellbook entries with the half-orc. Unfortunately, just as she discovered the secret to the curse, Nolveniss Azrinae instructed her to take Arcaan to Celwynvian to assist in the battle there.   Serdrissa, a member of the Twilight Empire, was losing faith in the direction the organization was going. She questioned Lasdolon and Nolveniss, and was repeatedly told to follow orders. After spending weeks engaging the elves in Celwynvian, Serdrissa snuck away and made the trek to Riddleport. At Maly's Wondrous Vault, the drow requested Maly obtain an item for her. Lasdolon found out and gave Serdrissa an ultimatum - follow orders or lose everything. Serdrissa chose to keep her word to Thexan and was excommunicated by the Empire. That was also a death sentence.   Serdrissa was tasked with completing a contract. If she succeeded, she would obtain the item she needed to break the curse. If she failed, her soul would be forfeit. The Empire engineered a delay and Serdrissa was forced to give up her soul. Arcaan remained cursed with the gauntlets.   After the battle for Celwynvian, Arcaan traveled to Riddleport in advance of his allies, the Guardians of Golarion. Alone and wanting to drown some of his sorrows after learning about Serdrissa's demise and Thexan's betrayal, Arcaan's drink was poisoned with demon plague, which triggered the curse of the gauntlets. He blacked out, and when he awoke he had been arrested for the destruction of Maly's Wonderous Vault, and Maly's murder. Elias Tammerhawk himself imprisoned Arcaan until he could either be cleared of the charges or taken into custody by the Hellknights.   Once the Guardians proved Arcaan's innocence and released him from the gauntlet’s curse, Elias Tammerhawk gave the half-orc a room at the Cypher Lodge. He also offered him a job as his new “expediter”, an academic who would travel and gather information or relics on behalf of Elias and the Order of Cyphers. The job may or may not have involved some killing as well, but that was something Arcaan had come to grips with. Elias paid him well and provided him with access to the facility at the Cypher Lodge. The improvements made him better at his job, as well as any other side jobs Elias offered him.   Arcaan also started making adjustments to the gauntlet. He liked the power it gave him and liked it even more now that he has control of that power. He had taken one gauntlet apart for research and used some of those parts to improve on the other gauntlet. It was his weapon of choice and was slowly beginning to build a reputation with it. In the underworld, he was known as Arcaan Doomfist. Doomfist was apt, and he was very okay with the respect and fear his gauntlet produced.   Thexan received a letter from his brother. Arcaan told him that he was alive, he was well, and he was free of the gauntlet's curse. He also warned Thexan that while he understood why his brother lied to him in an attempt to free him of the curse, he didn't like being lied to. Arcaan told Thexan that he now lived in Riddleport and it would be in Thexan's best interest not to come looking for him. Finally, he asked Thexan to pass a message along to his father. "Tell Baro that I am alive, I am very well, and should I catch the slightest sniff that he is moving against me in any way, I will be the one to put him in the ground." 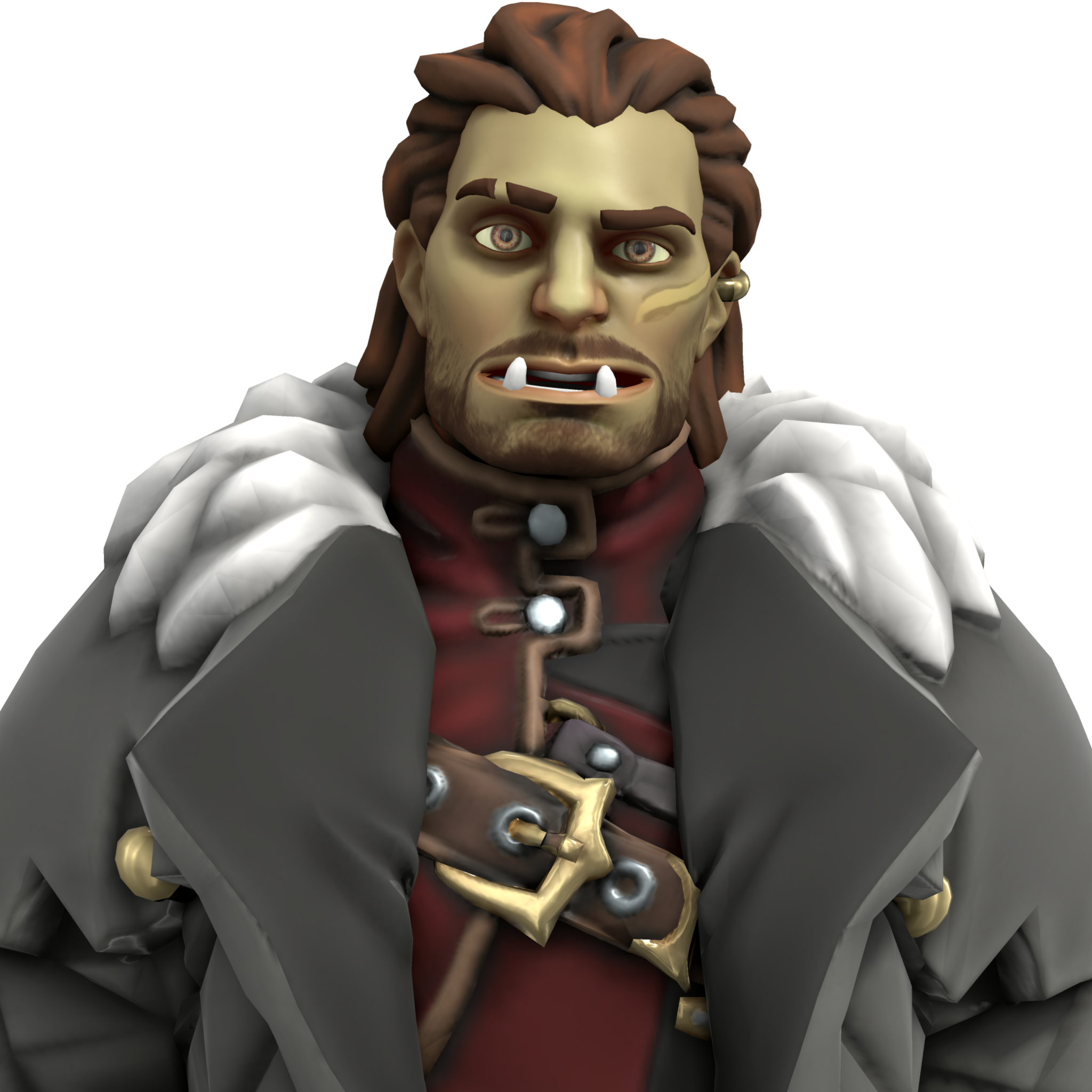