Taalora is a large empire that spans across the south-central part of the continent. It used to be much larger, but these days it is shrinking and clinging to territory. The empire started in the central region, around the lake, and is slowly shrinking back that way. Significantly, they used to own both of the far eastern peninsulas but lost them about two hundred years ago.

Taalora has four major regions: the desert, the steppe, the bay area, and the eastern woodlands.

The Vishim Desert is in the rain shadow of the Shiver Mountains and has one major river, the Zyengyi, running through it. It has very hot summers with little rain, during which time the population of its only city, Gadjae, expands due to its location on the river. Winters are very cold and frequently snow. Summer temperatures can reach over 40, while in the winter it plunges to -40, and agriculture is nearly impossible with its rocky, dry ground. Most residents are nomadic.

The steppe makes up the largest part of the empire. The broad Taalorang steppe covers the heart of the country, with civilization centring around Lake Rimra and the rivers that feed it. It has hot and dry summers followed by cool winters with sparse snow. Every spring, the grasslands erupt into carpets of wildflowers.

In the south, the steppe gives way to forests in the rainy Mangzmat region. This area has warm summers with frequent rain and cold, snowy winters. It has a mix of deciduous and coniferous trees.

The eastern coast is similar to the southern bay area, though warmer and with much more deciduous trees. It gets much more rain than the interior steppe and is responsible for much of the agriculture and lumber. Right along the coast, summers get large amounts of precipitation, with hot and humid summers and dry, cool winters with minimal snow.

Taalora is the largest country in the region. It's western border is the Shiver Mountains in the Vishim Desert, and to the south, Levaebu Bay. Their border follows the river to the centre prong of the bay. To the south, Taalora is bordered by the Lurun Mountains. It used to extend much farther east, but the border shrank back to the river at the edge of Miwado province. Its eastern extend is the coast, and to the north, there is no defined border, only a gradual fading of influence and control. Practically, though, they still have total control as far north as the norther extent of the Zyengyi River.

Taalora is broken into 8 provinces. Only Mangzmat was a consolidated kingdom before being taken into the empire, and still has a king. The rest were full of small, nomadic clans and borders were drawn up in Temru for ease of administration.

The capital city is Temru, in the heart of the country on the shores of Lake Rimra. This was the home of the original conquerors of Taalora. It used to be an even mix of Baan and Gedite, but these days is quiet cosmopolitan with every ethnicity represented. 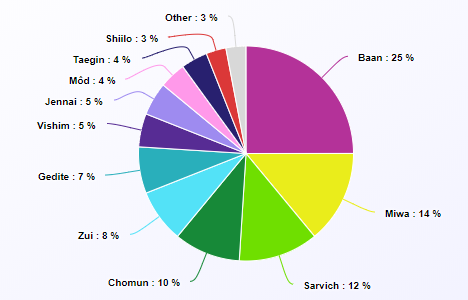 Baans: The largest group, spread across the southern steppe. About half of them live in major cities and permanent towns, with the other half maintaining their nomadic lifestyle and rotating in circuits around the steppe to. They were the original conquerors of Taalora and Baanang culture became the dominant across the region.   Môds: Farmers and goatherds from the north.   Vishim People: Residents of the Vishim Desert. Most are nomadic hunter-gatherers with limited interaction with the rest of Taalora.   Gedites: Pastoral goatherds from the western steppes. Formerly nomadic, now most of them are settled in towns along the rivers or lakes.   Sarvichs: A non-Baanic group from the Mangzmat prvince. Resisted Taalorang occupation for a long time. Fisherman and seafarers.   Jennai: Similar to the Sarvichs but less influential. Mostly farmers or fishers. Majority of them still live in small, loosely connected villages with a central high king, with only about a third of them living under the Taalorang empire.   Zuis: Herders from the southern steppes, with groups into the mountains. Chomuns: A non-Baanic group from the eastern steppe more closely related to the Shiilo than the other Baanic groups. They have more trade contact with the east coast.   Miwa: a non-Baanic group from the eastern woodlands. They are mostly subsistence farmers and trade lumber with the Chomuns.   Taegins: Only a small number of them live here, but the second largest city in Taalora is mostly a Taegin city. They’re more fishing inclined, and strongly independent.   Shilo: In the past, the majority of Shilos were in the empire, but it has shrunk and now there are only a few. The eastern peninsula has a Shiilo kingdom of their own where the majority of them live.

The ultimate authority is the empress. Inheritance passes from the sovereign to the eldest daughter. If there are no daughters, the eldest son may take the throne.

Below the empress are the governors of the provinces. The empire has rather loose centralization, with great freedoms to individual governors to rule as they see fit as long as taxes flow to Temru. Individual provinces are not allowed to have their own armies, however.

The governors rule over individual nobles who control smaller areas. Large parts of the steppe have no direct ruler, however. The open grasslands are considered open to all nomads and it is against imperial law to lay claim to these regions.

Fifty years after the Fourth Reckoning, a Baan war lord named Amratar aran-Taal led a troop of indarig-mounted soldiers out of Temru into Gedite territory, beginning the war of conquest. His wife was Belyen ru-Taal, ruler of Temru. Every village was given the option of peacefully submitting to their rule, or suffering a slaughter of every other resident with the survivors forced to join anyway. Men from conquered territories were pressed into the military, so the army kept growing as they spread further away from Temru. After a few slaughters, word spread and more and more often, settlements submitted without a fight. This was especially because it was so soon after the Fourth Reckoning, and most settlements were still recovering from that. When the initial conquest ended, Belyen crowned herself Empress of Taalora and it included the entire steppe.

Over the next centuries, Taalora slowly expanded through more and more conquests. At its territorial peak, it owned all the land between the Vishim desert to the west to the Shiilogo peninsula to the east. The empire began shrinking about 150 years ago, after suffering a defeat. Since then, it's been in gradual decline. Although still one of the most powerful entities in the area, it has nowhere near the wealth or prestige of the past. 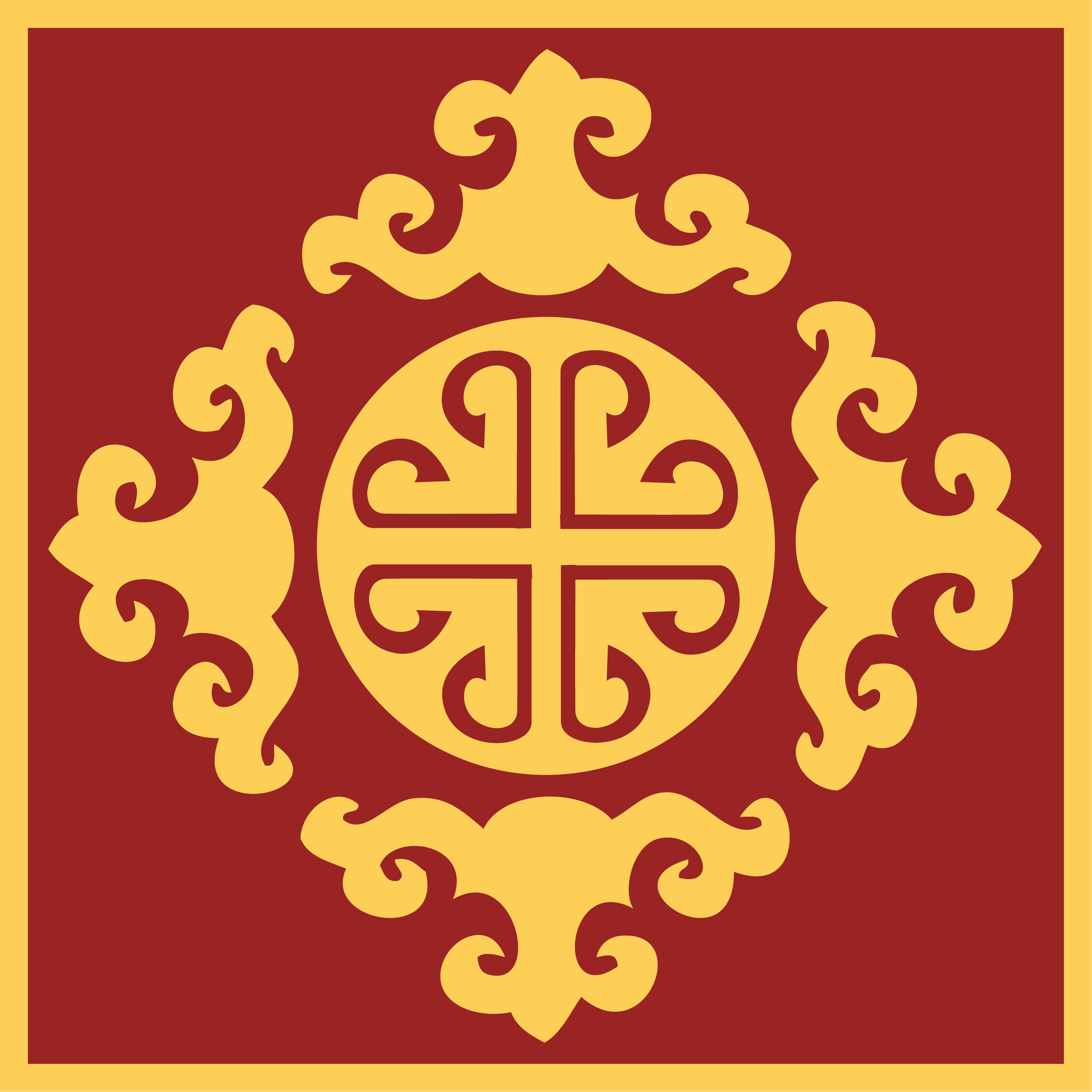