A powerful kingdom in the desert built along the Zel river. It is the oldest state in Kaabara, having existed since before the Fourth Reckoning. It's most notable for its unique rulership, with the official head of government being deceased.

The Kingdom of Tanish is centred along the Zel river, which runs from east to west from the Shiver Mountains to the sea at Bibar Bay. The river is the dividing line between the sea of sand dunes in the heart of the desert and the more livable southern edge. Along the river's banks, fertile ground, trees, and reeds flourish, making agriculture possible.   To the north, the fertile ground gives way to the Eni Belul Desert, a name which means "second sea". There is very little solid ground, hardly any sources of water, and dangerous creatures lurking among the dunes. Crossing it is perilous.   South of the river, the desert is hard and rocky. There are very few settlements away from the coast or river, or along the Retays River, a small tributary of the Zel. The rocky desert eventually gives way to warm, dry savanna with sparse trees and long grass. The more south you go, the more Mediterranean the climate gets, with palm trees replaced by olive trees and more frequent rain. Tanish controls the land to the southernmost river, leaving a pocket of unclaimed territory as a buffer between them and Hosquerre.   In the northeast, the Zel flows out of the valley in the mountains, after coming down a waterfall. This valley, the Valley of Kings, is mostly dry and sandy with greenery just along the banks of the river.

Tanish's north border is not clearly defined. They rule as far north into the desert as they can exert control. Caravans coming from the north know they've entered Tanish when they start seeing soldiers round. To the east, they are bound in by the Shiver Mountains and to the west, the coast. Large parts of the desert south of the Zel but north of the savanna are controlled only in theory, but in practice hardly anyone lives there. The southern border is the Willa River. The official stance of the government is that they chose to have a buffer zone between themselves and Hosquerre, but in practice, they failed to conquer the more heavily wooded part of southern Kalitria due to the troops being accustomed to the flat, open desert.   Tanish is divided into 4 provinces: Uymil along the coast, Zeh in the centre with most of its population concentrated in the savanna, and Te'a east of the Retays River which consists mostly of desert and is the least populated, but contains the capital. The 4th province is Kalitria, which was taken in conquest and does not have the same rights as the Tanishite states. The southern border is heavily guarded to prevent Kalian people from fleeing to the unconquered portion of Kalian territory.

Tanish has relatively good international relations. Their location is rather isolating due to the extreme desert to the north, so they have little fear of military attack. The kingdom to the north, Maloa, is a valued trade partner, although it is probably only the inhospitable desert that has kept these kingdoms from intruding on the others' territory.   Directly south of them are the Kalian tribes, which are united under the Kalian Confederacy. Due to the war, seizure of territory, and oppressive treatment of Kalian people now living under Tanishian rule, relations with the Confederacy are dismal. The southern border along the river is heavily fortified and both groups have an embargo against the other's goods. It is probably only a matter of time before they orchestrate another attack to take the rest of the region.   Their best friend is probably Hosquerre. They are both isolated kingdoms in arid regions who share a lot of common cultural background, e.g., their gods are very similar and they eat a lot of the same foods. Due to both the Kalian Confederacy between them and Hosquerre's closed borders, contact with Hosquerre is only done by ship. But, they do maintain a diplomatic presence in Tamanhami and Hosque diplomats are always received much better than those from Maloa.   The mountain range between them means they have very little direct contact with the Taalorang Empire, with most trade going through Maloa or Hosquerre first. Most people only know it as someplace that's large, very foreign and far away, and the source of exotic art and silk.

(Full article: Social and Political Hierarchy in Tanish)
The king of Tanish takes the throne upon his death, once he has lived a full life to gain enough perspective to rule. Once dead, he communicates his wishes to the Oracle via dreams.   His heir, the prince, becomes the Great Prince. Once sworn in as the Great Prince, he will become the king as soon as he dies. While alive, the Great Prince is sworn to carry out the will of his father. The Great Prince is also the high priest.

The king's right to rule comes from his divine ancestry. Maintaining that direct link to the sun is of utmost importance. Men also have priority over women in all matters of inheritance. The order of inheritance is:

To ensure the king in waiting does not style himself a proper king, many of the executive powers are reserved by the Executors of the Will, a group of 12 men who carry out the king's decisions and safeguard the throne for the deceased king.   The oracle is the voice of the king. Girls who potentially have the gift are taken by the palace at a young age and trained to hone their gift (See The Sun Maidens). When a king in waiting dies, the current oracle retires and a new oracle is chosen to become the voice of the new king.   The rest of the royal family receive high positions in the government. If the king in waiting dies before his wife, she receives the title of queen, though this is a position with very little power. The king in waiting's wife is styled the queen in waiting.   Below them are the noble class. The Executors of the Will come from this class, and never the royal family. The 4 governors of the 4 provinces are also from this class. Each governor oversees a province, and their eldest sons live in the imperial palace of Zedda as well-kept hostages to ensure loyalty.   Below them are the nobles-by-privilege, people who were made nobles due to military achievements or great financial success, the descendants thereof. They fill the lesser administrative roles.

Tanish's most important natural resource is in minerals, especially lapis lazuli, copper, and tin. Lapis lazuli, along with other precious gems, are found in the bountiful Karika Valley. The foothills of the Shiver Mountains are also where gold and copper can be found.   Tanish has a rare but abundant vein of tin in the Ziguy Mountains. In the ancient past, the region grew rich as the suppliers for all the tin needed to make bronze goods in southern Kaabara. Unfortunately they lack major deposits of iron, and have to trade with Hosquerre for most of that.   Another huge source of income is in salt. The salt flats around La'aygu and the rest of Bibar Bay produce enough salt to supply the kingdom and sell to foreign merchants as well.   Tanish has a standing army of about 50,000 men, fully outfitted, and several hundred Camelops. They have a dozen ships to patrol the coast or move along the river, though they don't see much action.

The Tanishites have been the dominant group along the Zel River for thousands of years. While nomadic groups traditionally wandered the desert, the Tanishites established small towns and villages along the Zel. They were always independent, united only by a common language and religious beliefs.   The largest of these towns was Tirasha, which flourished on the coast at the mouth of the Zel. In 254 BR, the ruler of the city of Tirasha was overthrown by a humble slave leading a revolt. The slave, Nebay, crowned himself king and soon after embarked on a series of conquests up river to unite all the peoples along the Zel.   Since then, a Tanishite kingdom has existed in some form or another. During the Fourth Reckoning, most of the major cities were destroyed in earthquakes. One of the only surviving significant buildings was the Spring Palace located up river in Zedda. They believe it was protected by the king, who saved it so that it could be the new, more fortified capital.   This is only a guess, because the and royal family were all killed during the Fourth Reckoning. It took 22 years for the kingdom to come together again after being scattered by the disaster. Three leaders emerged during this time, and the region was plagued by the Tanishian Civil War as they each tried to take and hold the Valley of Kings. Ultimately, one of them was killed in battle and a young woman claiming to be his Oracle stepped forward and united the people behind her. This was the start of the Gell dynasty. 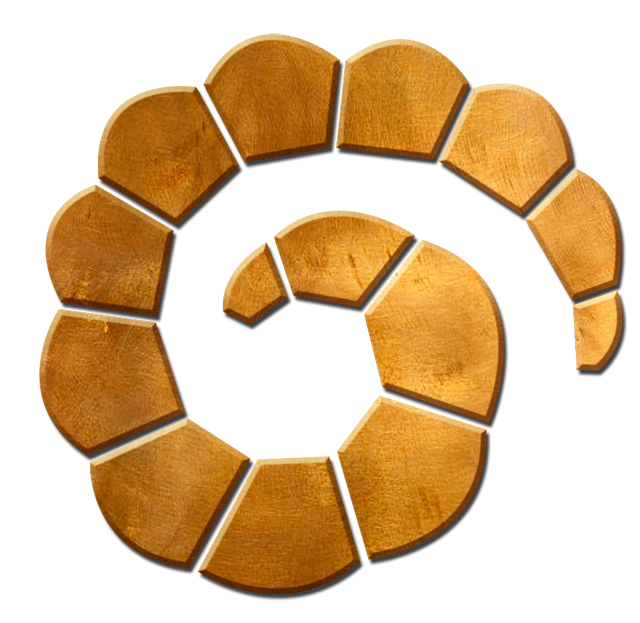 The Spiral of Entu represents the sun and is patterned after the spiral shape of Ishud Tree seedpods. It is a common feature on religious items and royal clothing.