Why should you stay the fuck away from Razor's Edge? Even the Hedonites will shun you for mentioning it.
Razor's Edge, also known as Phenameth Cyncidine, is a mind-altering drug with proportionally extreme psychoactive, hallucinogenic, and dissociative properties. It is known as one of the most dangerous drugs in circulation, so much so that even The Apple of Hedonism for the most part shuns its use. All other Banners list is as an illegal substance.
I watched a single fuckin' Luea gore my partner with her horns. I didn't even have my gun pulled until she had him down on the ground, grasping at his screaming mouth. She was trying to rip his fucking jaw off. Fuck, I just mag-dumped.   Fifteen rounds in her chest and she just kept going. I could see his cheeks literally shredding as he just screamed and punched at her.   I dropped the mag, took one step closer and placed three in the back of her skull. That's when she finally stopped. I swore she was giggling the whole time. I couldn't even look at the shredded faces of my brother. I just dragged him away until I collapsed from the shock.
I'm done. No therapy can make me forget that.

Razor's Edge was founded as part of a Jupiter Syndicate military program designed to give soldiers extended wakefulness and enhanced ferocity during battle. It was tested under the name Phenahard and Phenazine. Initial testing in low doses and a controlled environment showed promise; soldiers withstood more physical punishment, and pulled off previously unmanageable feats of strength.   A pre-combat regimen was assigned to a single battalion during a simulated combat exercise. When the men on the drug were exposed to the high stress of the simulated combat, many soldiers entered a state of extreme feral violence. Many emptied their magazines on whatever moving thing they saw, and proceeded to mutilate and kill their targets, friendly or otherwise.   The drug was pulled from the line, but leaked recipes had already begun to spread across the Æthernet.

Razor's Edge, despite being illegal in nearly all Banners, manages to find its way into the hands of the curious, criminals, addicts, and adventurers. It is one of the most dangerous drugs to combat, as confrontation with users can quickly turn into bloodshed. Many recreational users claim the addictive traits of feeling completely invincible.   Often times those in unregulated territories will use the drug as a last resort in getting the edge in combat. With the drugs ability to numb the user to pain and kick their body into a state of blinding rage and adrenaline; users can withstand otherwise fatal and incapacitating injuries.   The drug is particularly dangerous to Sazashi users who can experience an instant reduction to Mataglap Ferality.
Back to Top 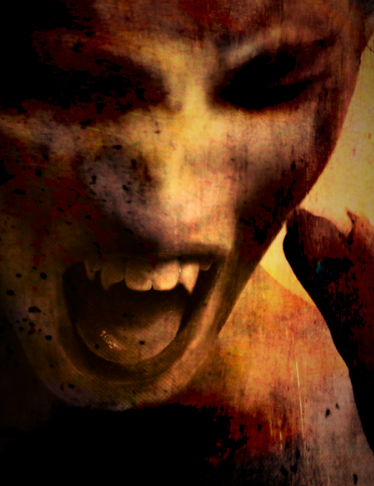 
The drugs intense psychoactive properties made many in The Apple of Hedonism curious. Some Barons, more eager than others purchased a limited run for their night clubs, promising a new kind of exhilarating high.   One Baron of Hedon, Baron Yulo, was the first to introduce Razor's Edge at one of his parties. At first the drug was successful, the thrumming beat of the party continuing at a fervor previously unseen in Yulo's club.   During the second half of the party, an unknown party-goer for an unknown reason began discharging a firearm within the club.   The loud noises and sudden introduction of adrenaline triggered the violence-inducing effects of the drug. Party goers turned on each other, Baron Yulo, not immune to the effects of the drug leapt into the fray and was subsequently murdered in the throngs of violence.   Out of a reported 2124 party goers, only fifteen survived.
We watched the feed afterwards, yeah. We had a hard time releasing it to the public. If we weren't Hedon then I guarantee the footage would be burned.   At first it looked nice, Hedonites doing Hedonite stuff. Grinding, humping, dancing, raving, cheering.   Then you see a couple of flashes in the corner. People began screaming, tearing and ripping at eachother with anything they had. Claws, teeth, elbows, chairs, broken glass.   I watched the Baron have his cybernetic arm ripped off by a Ka and beaten into a bloody mush with it. The floor just began to pool red with blood. Soon enough it was just a few of the living pummeling whatever corpse they had to hold.
Drugs

Okay this was an amazing article. Whilst being a tad bit darker than some of the other articles I’ve read, it managed to portray the violent and dark parts spectacularly with amazing descriptions. The part about the club yulo massacre has got to be my favourite bit since it’s a neat and nice way to show the effects of the drugs. Besides the spectacular way of portraying the dark elements, the article in itself is complimented by a rich and beautifully crafted history of the drug, it’s effects and the trade regulations imposed upon it by the banners. I’d say that this is a masterpiece of an article indeed to read for such a small length article! Congrats Barron and keep up the amazing work!

Thank you very much. Ol' Ademal got my mind moving with the Abigail article so I'd thought I'd share some edgy ethnis too.   I'm glad you enjoyed it!

This was a terrifyingly well-written article and even though it freaked me out, it was really descriptive and evocative without being overboard? If that makes sense. Overall, a very good article.

It's always a hardline (one that I'm trying to learn) to grip at the readers heart while not having to go south park levels of gore.   I appreciate you saying that exact statement cause it means I got darned close! Thank you so much for your words!