"For centuries we lived in a world defined by elves and their traditions. At the dawn of a new chapter in our world's history, it's time that we hear the songs and voices of a dozen other races." -Cassandra Gaspard at the Treaty of Iverburg, 898, 4th Cycle

A spirited race of entertainers and diplomats, halflings have begun to play a more influential role in global politics with the decline and collapse of many elven kingdoms. Halflngs now lead governments in nations as diverse as Oda Clan and Sabha, and the new all-halfling government of the Treeleaf Union now stands as one of the freest nations in Ekal. Wherever halflings go in the world, they always bring with them a dozen songs and a couple political speeches. 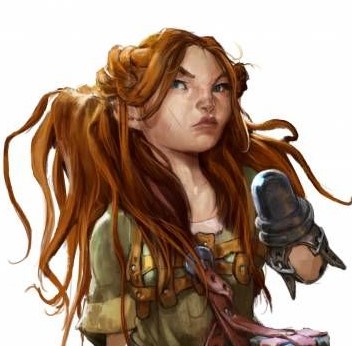