A tragedy known throughout the land

This case has haunted me since it was first told to me as a child. The older kids would say that the Milnoughts still haunted the town, looking for their youngest son.
— Loua

The Milnought family murders are perhaps the most infamous unsolved murder in the Levall county. Over 20 different highly regarded investigators have tried their hand at solving the mystery behind what happened, but with little success.   To this day, 65 years after the discovery of the first victim, the case is no closer to being solved. The mysterious murders of the Milnought family still cast a shadow over Briarholm and its inhabitants.

~ November 17th 1519 AFD ~
The year is 1519 ADF, it's a foggy night in the small town of Briarholm when the first body is discovered on a bench on the edge of the town.   Ihene Endoworth saw the victim sitting in an odd position on the bench further down the street. She called out to him when she recognized him as Efal Milnought. But he didn't even stir nor answer. When she neared the bench, a gruesome sight met her eyes.
Efal Milnought's blood cover the bench and ground beneath him and his eyes are empty; he's long gone.
When local law enforcement arrived on the scene, they deemed that Mr Milnought had been dead since November 16th at 10 PM. He died 2 hours before his body was discovered. After further inspection, Mr Milnought was missing organs in the torso-area.   When officials arrived in the morning to notify the Milnought family, they found the house empty and trashed. There was no sign of the other 5 residents. Usually, Efal's mother Kinn Milnought would be home along with Efal and Pivola's 3 children. No one returned to the residence the 18th nor the 19th of November.
~ November 20th 1519 AFD ~
The lead investigator, Cherles Femon, received a letter from an individual who claimed to have killed Efal Milnought. Furthermore, the sender also claimed to have kidnapped Pivola Milnought, Kinn Milnought, Membert Milnought, Henecha Milnought and Fimich Milnought. Femon, at first, didn't pay it much attention and continued searching the Milnought residence as well as the town. He found nothing of much use.
~ November 21st 1519 AFD ~
The body of Kinn Milnought was found on the east-side of Briarholm, near the edge of the forest. Her organs were missing and she had scratch marks on her arms and legs.
Furthermore, at note adressed to Cherles Femon was found on the scene.   Kinn Milnought was deemed to have been dead before Femon received the first letter.


Their punishment awaits.
— The contents of the second letter


~ November 28th 1519 AFD ~
A week after the find of Kinn Milnought's body, the investigators were no closer to solving the case nor had they found the remaining four Milnoughts. Then, on the 28th of November, a letter was left outside of Cherles Femon's residence.

Return to the forest edge
— The contents of the third letter

After recieving the muysterious letter, Femon ordered the investigators to sweep the forest edge. The investigators found the bodies of Pivola, Membert and Henecha near the Milnought residence. No one had seen the murderer, even though the house had been under surveliance for days.   They were missing their organs and had scratch marks. Pivola Milnought was also missing hear heart, which none of the other victims had been missing.
~ January 5th 1520 AFD ~
Fimich Milnought was found alive and well over a month later when he somehow had made his way to Cherles Femon's personal residence. A knock had awoken the lead investigator at night. When he opened the front door, candle in one hand and dagger in the other, he thought he was seeing a ghost.   Fimich didn't say anything, he only held out a letter for Femon.

This child is pure and good. He is now free from the familial chains of abuse and misuse. Find him a proper loving home or you will regret it the day you witness your own intestines being ripped from your bowel.
— contents of the last letter

When questioned about his abductions and his whereabouts, Fimich said:

After the strange crime scenes and the odd information Cherles Femon managed to get out of Fimich, he came up with multiple theories. Only two of them were acted on, as the other investigators pointed out that those were the most probable ones.

The investigator who cried werewolf
The talk about a "kitten" who could talk, the claw marks and the fact that it a sentient being who sent the letters, made Femon believe that it could be a were-creature, possibly a were-cat. When were-genes have been activated in a person, they are no longer fully human and as such, they are weak to what most other fae-creatures are weak to.   Cherles Femon and his team of investigators tested all of the people of Briarholm, but not a single one of them showed signs of activated were-genes of any kind.
Case status: Unsolved   Crime: homicide, kidnapping   Year of crime: 1519 - 1520 ADF
(64-65 years ago)   Lead Investigator: Cherles Femon   Place: Briarholm     Victims:     Suspects: 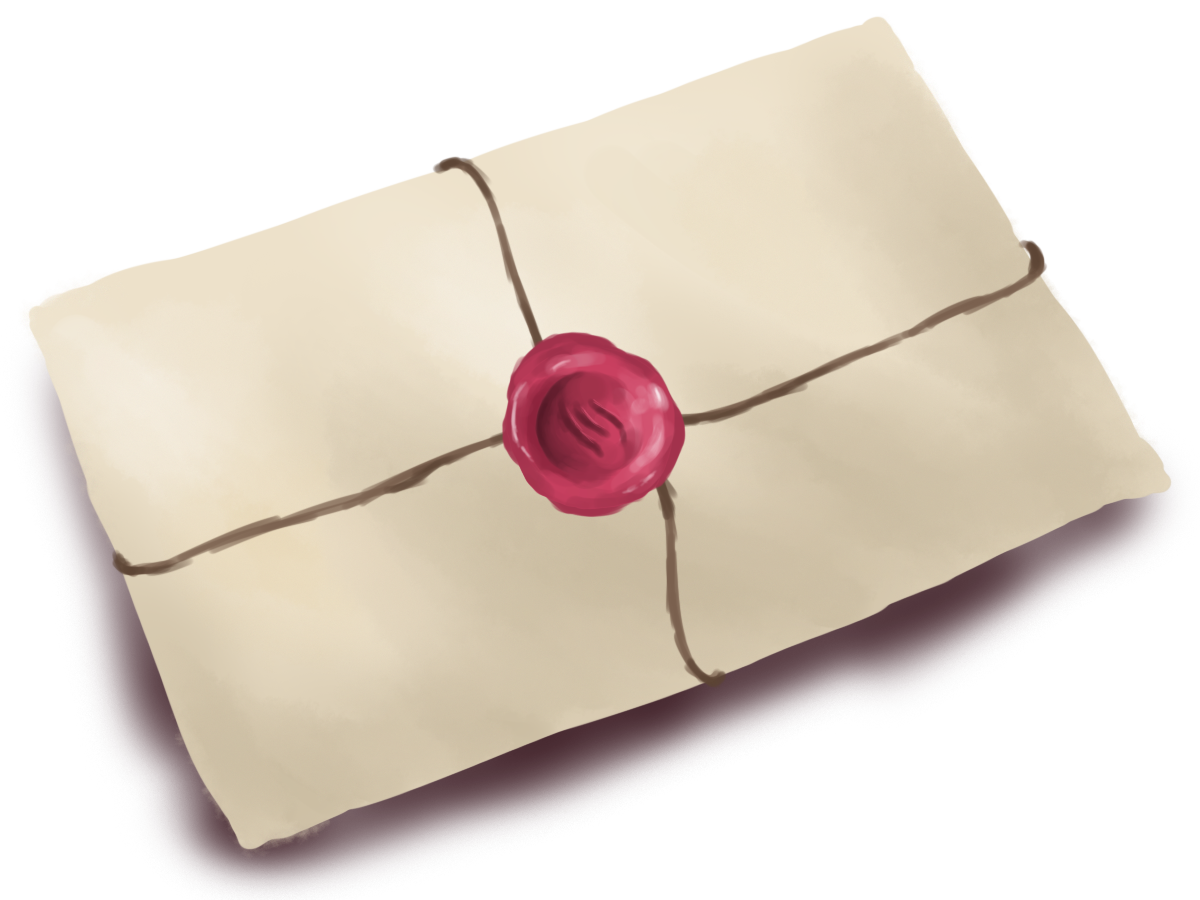 by Ninne124
The investigators received multiple letters from the murderer during the investigation.

Posters were plastered up all over town. Someone had gone to the neighbouring settlements to hang them up, in hopes that someone might have seen the little boy. 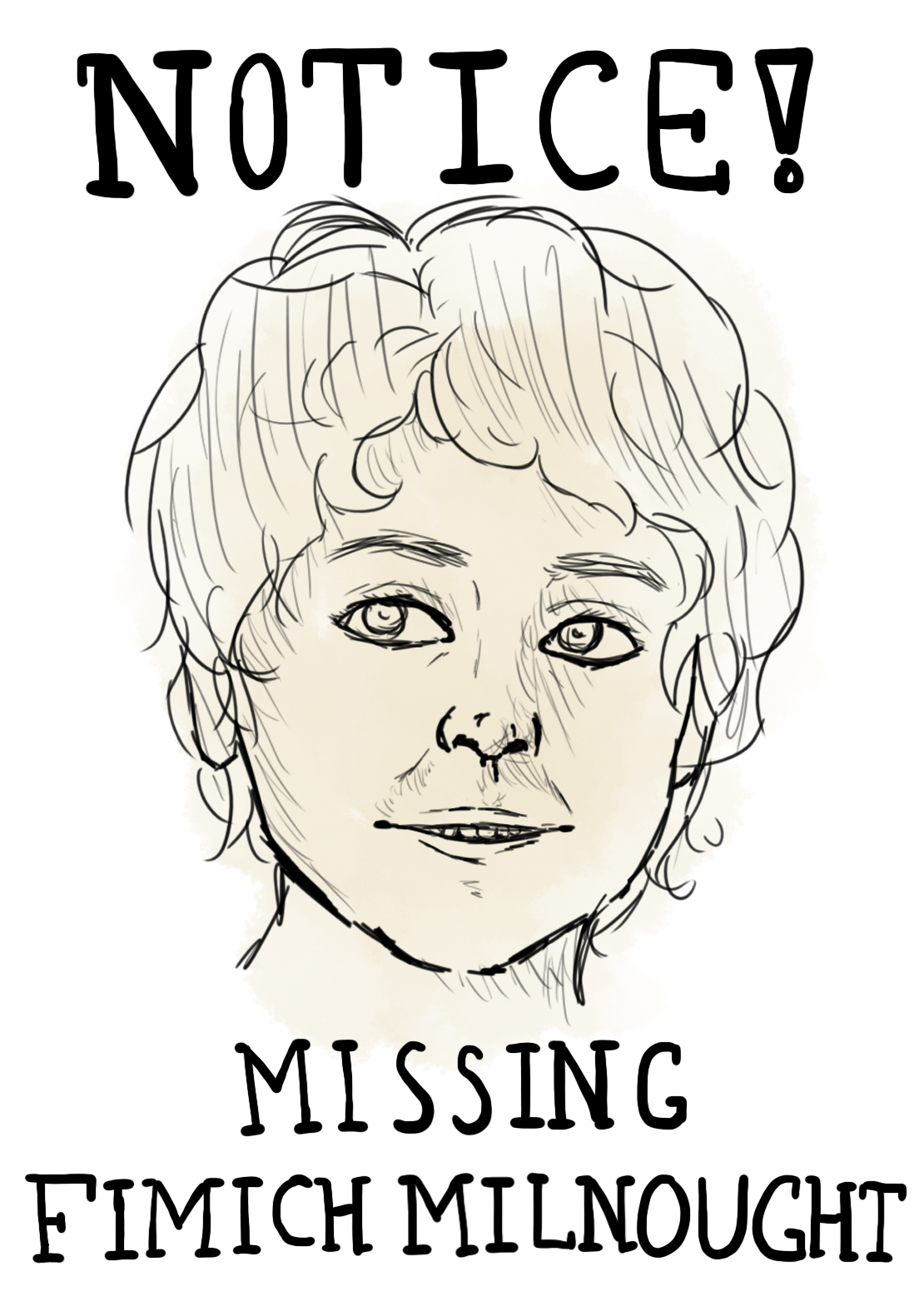 by Ninne124
Five dead people and a missing child That was the reality of the Milnought murder case for more than a month, and investigators feared a gruesome fate might have befallen the youngest Milnought as well.   But that was not how it would turn out.

The only survivor of the Milnought Family Murders.


A town map detailing the different developments in the case.
The Milnought Family Murders (Briarholm)
Open full size
This map details the happenings of the famed Milnought family murders, which took in Briarholm over 60 years ago.

Crazy cat person
The next theory was, that whoever had committed the murders must have owned a cat. 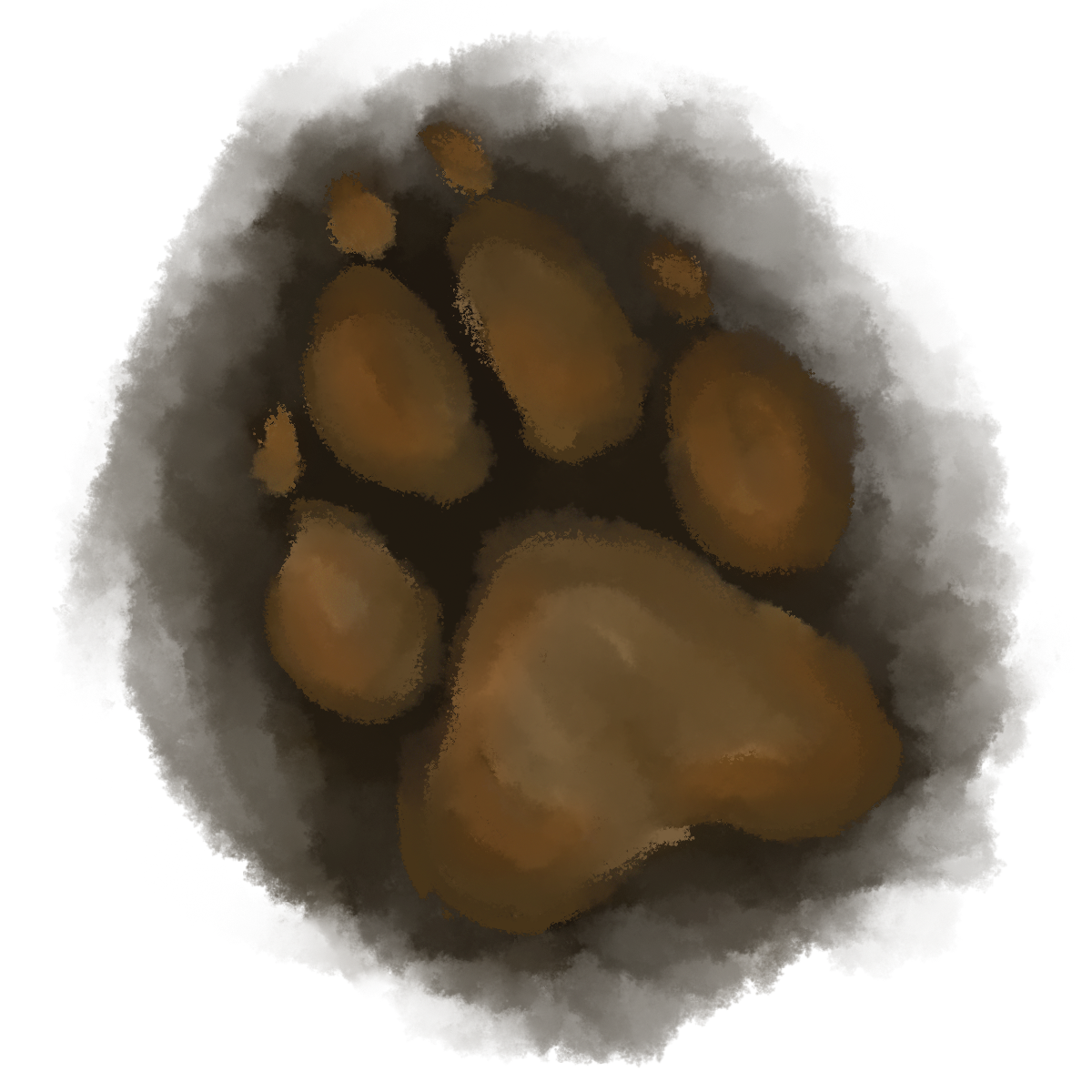 by Ninne124
Fimich Milnought went through traumatic experiences and he could have convinced himself that the cat was being nice to him as to protect his fragile state of mind.   However, the paw prints were later shown to be from a big dog or most likely a wolf.   This debunked this theory and confused investigators. Fimich kept talking about a kitten, but no one could figure out why.

The Wicked Witch of the Tiny Town 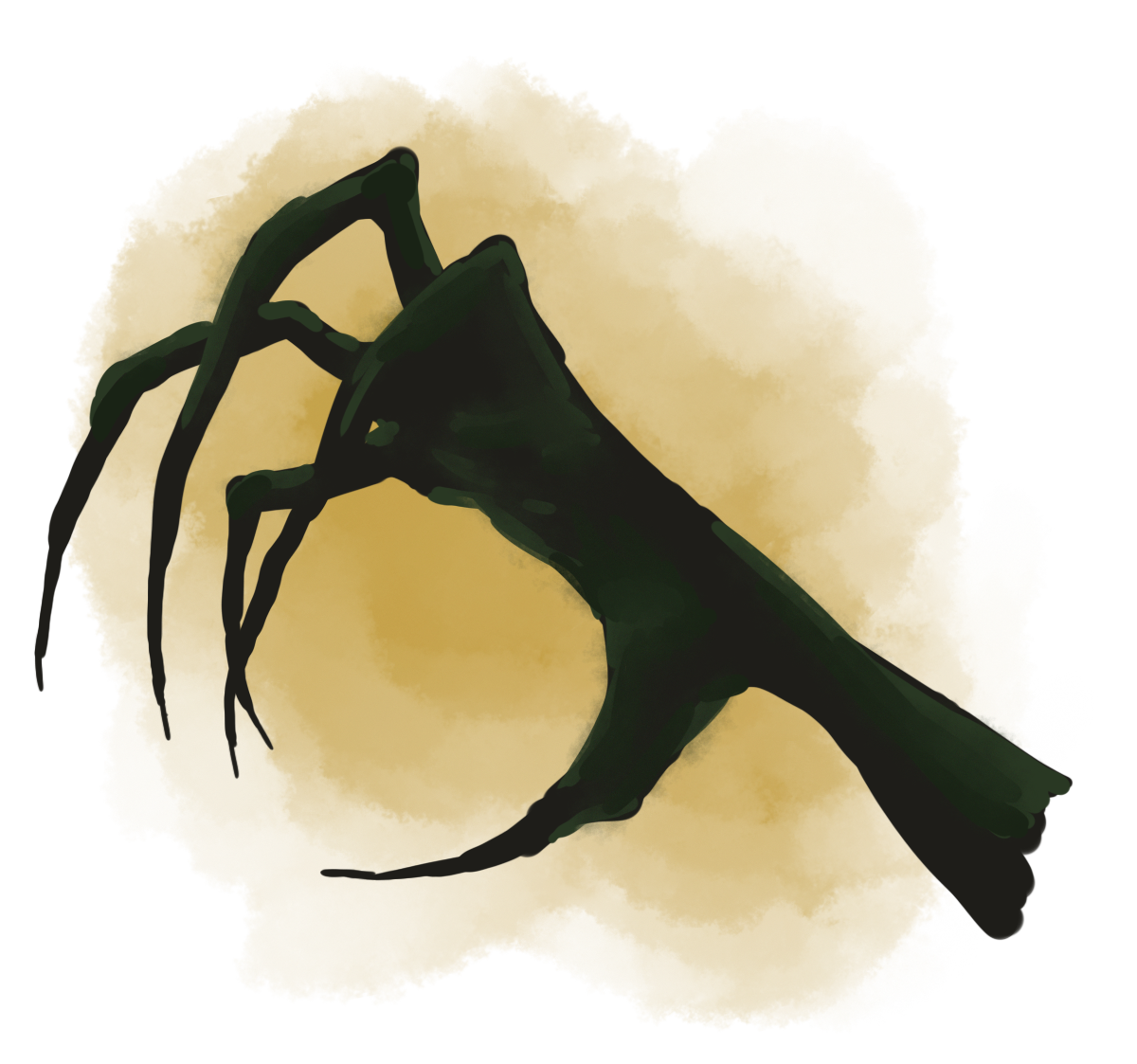 by Ninne124
The last theory was proposed by an investigator who Femon worked closely with. The theory was, that a local spell-caster who dabled in shadow and illusion spells would be able to have committed the crime rather easily.   Summoning could have brought forward dark beings that would be able to leave the claw marks. They also require sacrifices and the organs would have been perfect for that. Illusions would account for the fact that Fimich was certain he had been speaking to a nice cat. 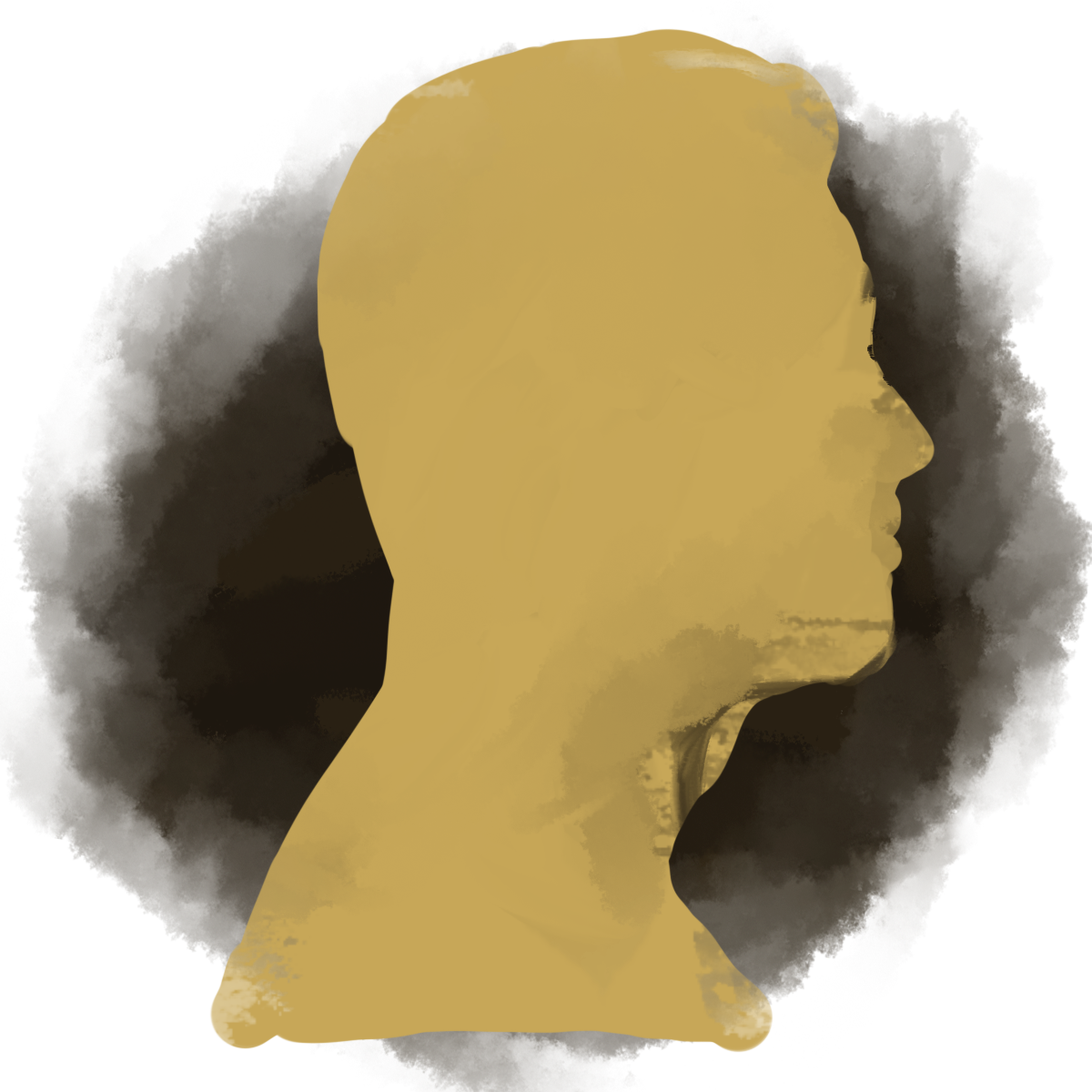 by Ninne124
Elmenn Onim is a known spell-caster in Briarholm, since his family had been fay-blessed generations before and therefore had magical talents. He knew the Milnought family and could have been aware of the abuse Fimich was suffering.   Elmenn Onim was a master of illusion magic but was unable to summon dark entities.   Furthermore, Onim had an alibi as he was visiting the next town over for a week at the time of the first and second murder.   After Elmenn was cleared of suspicion, he and his wife took in Fimich.

A lady with an unusually big dog 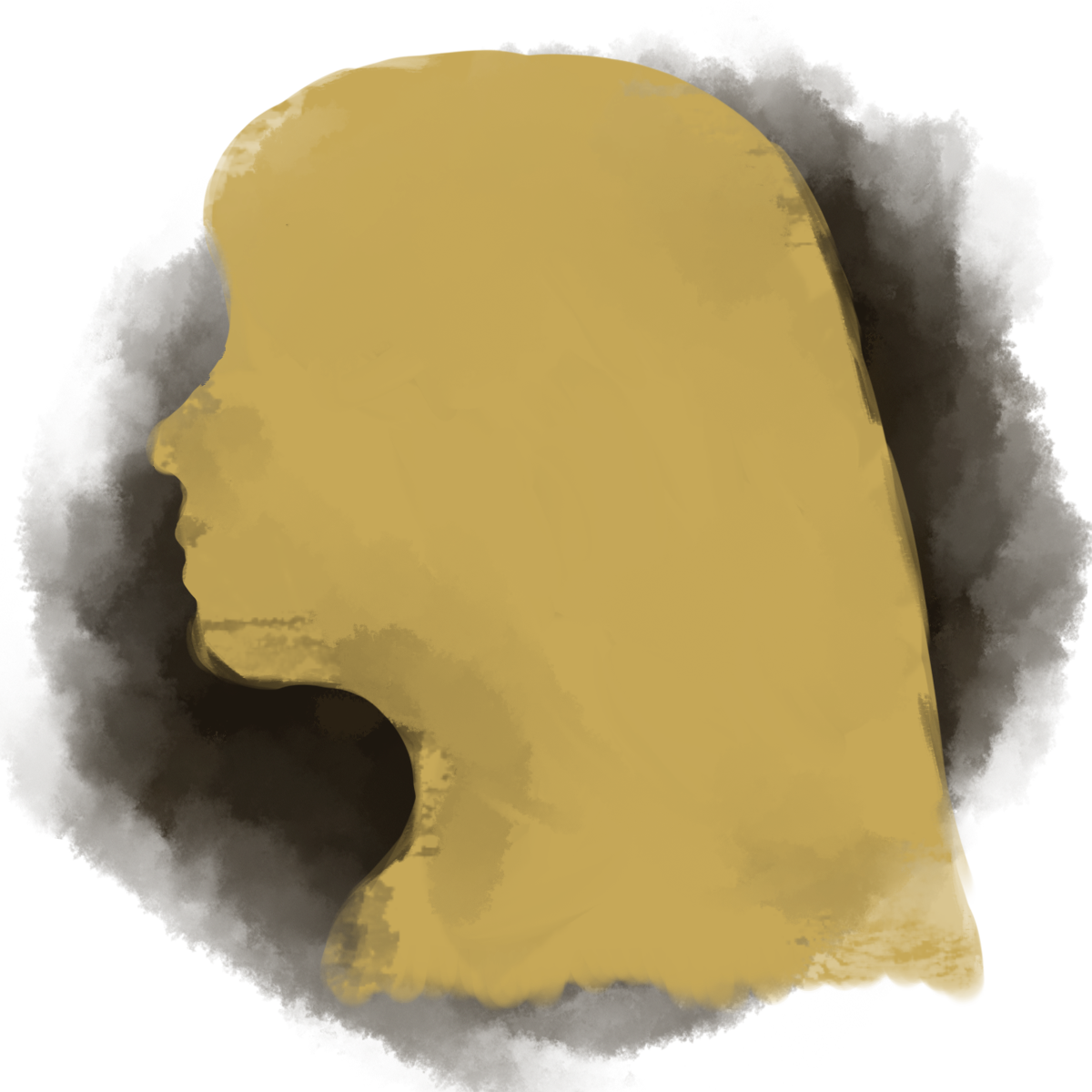 by Ninne124
Misha Pegnon was a close friend of Pivola Milnought, they had drifted apart a bit in their adulthood but still considered one another a friend. She had a large dog which she could've brought with her to the crime scenes.   Misha had suffered abuse in her childhood which was a possible motive for wanting to get Fimich away from the abuse he suffered.   However, Misha had sustained an injury to her leg, due to the abuse, which never healed properly. She would not be able to either kidnap a whole family nor carry a single body on her own.

I love the addition of the map and all the theories :D It is such a cool and frightful article, and the art/CSS on the entire new world here is on point!