The area has been populated for as long as there have been people. Long before the Europeans had arrived, the Susquehannock controlled all the upper tributaries of the Chesapeake. But that all changed when the Europeans arrived in Maryland in 1634.   In 1706, the Maryland General Assembly decided to found the Port of Baltimore for the sake of supporting the tobacco trade. By 1768 the area had become a commercial hub. It would drive trade on the East Coast, and it's leaders would prove pivotal in the Revolutionary War. It would continue to prove vital in the War of 1812, and Fort McHenry--the fort built to protect the harbor--was the site that inspired the Star Spangled Banner.   The city contiued to grow through the 18th Century. Rail lines were constructed which connected the city to the markets in the Midwest. But the Civil War would derail this growth. Baltimore and Maryland were heavy slaves states, and Baltimore had a thriving slave market. Yet they were forced to remain in the Union by strategic occupation of the city by Union forces, an event which city residents remember to this day.   In 1904 the city suffered through the Great Baltimore Fire, a terrible blaze which devastated the downtown area. Great riots would grip the city, and much of the rest of the nation, in 1968 after the assassination of Martin Luther King Jr., and would suffer a decline over the rest of the 20th Century, shrinking in population. Large areas would become abandoned, unemployment and crime would rise, and it would soon become known as one of the most violent cities in the US.   The Kindred have always moved behind these events. Also known as Charm City, Baltimore would prove to be a haven for Caitiff, and would not be conquered by the Camarilla until 1990.   The Camarilla would rule until the early 2000s, when the beginning of Gehenna would bring about a change to the power structure. Sabbat forces would take advantage of the sudden lack of Camarilla Elders, as the later were forced to answer the call to the Middle East. The Sabbat managed to take the city, and besieged much of the East Coast.   Their attacks would ultimately prove fruitless, however. The Second Inquisition would ramp into high gear, and they would suffer several key defeats which shatter their hold on the East Coast. Sabbat control of Baltimore evaporated as various factions and groups destroyed each other in a spout of infighting.   Meanwhile, in nearby DC, Lasombra spy posing as Ventrue Prince, Marcus Vitel, declared his city free of the Camarilla, the Sabbat, and the Jyhad entirely. He has declared himself Emperor, and seeks to establish himself as a power among the major players in the night.   Currently, Baltimore is a free and independent Kingdom, home to Caitiff, Thin Bloods, and Kindred alike. The recent conflicts it has endured, and it's position close the Domain of Marcus Vitel, made it a place begging for a ruler, and Queen Eleanor has filled that void.. The city is strategical vital. It's port and railway system offers a vital means of connection for the burgeoning empire of Marcus Vitel, while it offers a prime staging area and striking point for the Camarilla against DC. Eleanor has made it the seat of her power, reinforcing herself with her forces from Aquitaine.   Besides these main two parties, many petty groups vie to carve out their own domains, from individual Clan interests, to street gangs of both Kine and Kindred, to the Baltimore is an old city, one which has seen much, and been the stage for many key events throughout the nights. It stands poised to once again play host to the important events of its time. Will you help the Camarilla return in full to the city? Will you help to make it an Anarch Free State, or perhaps join with DC and Marcus Vitel? Will you aid Eleanor in her take over, or join the Caitiff Underground to live free? Turn away from all these options, and form your own kingdom or empire. The choice is yours. One thing is certain: the coming nights are sure to hold much turmoil for Charm City. 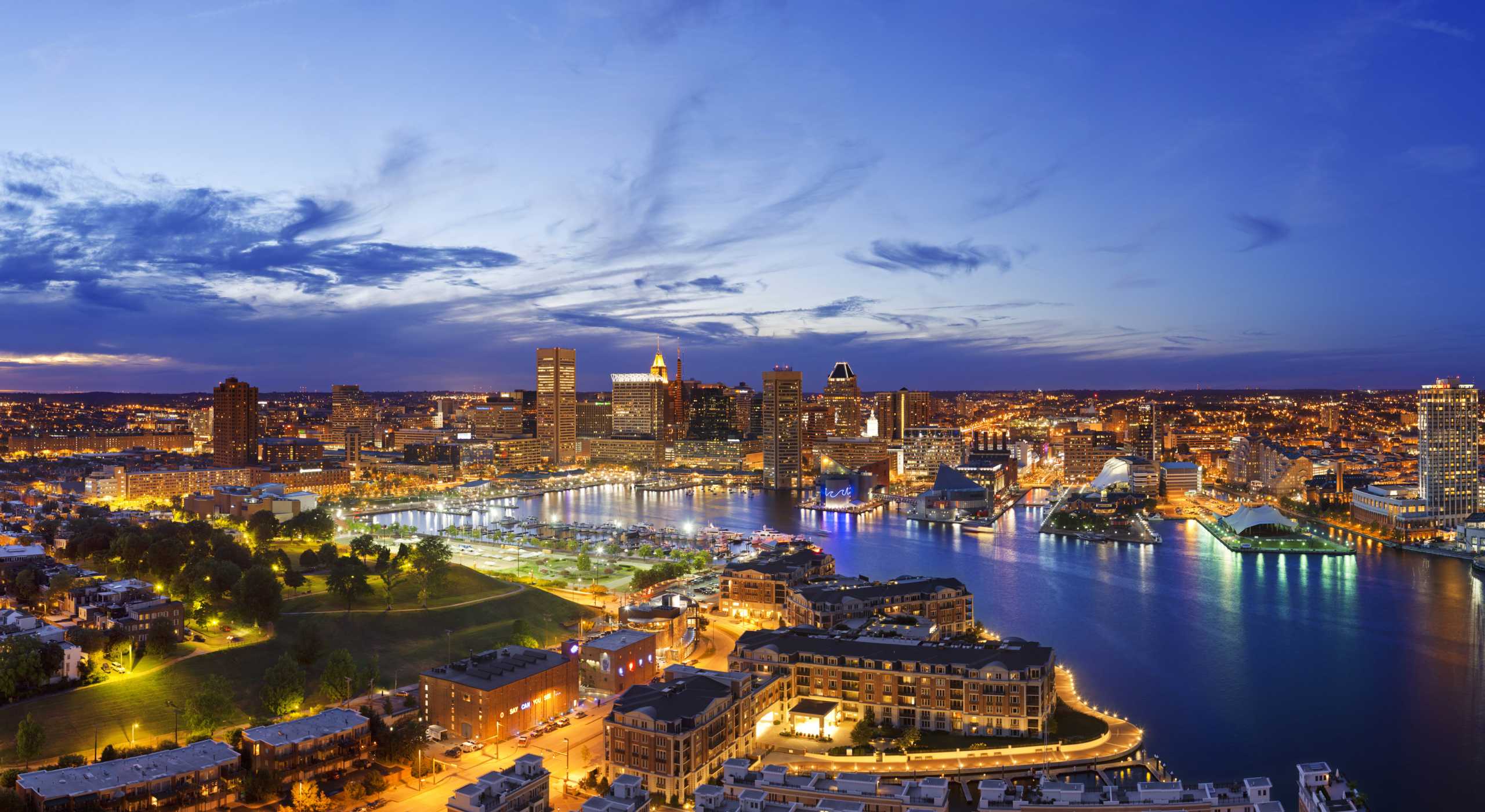 All of the Clans, and many Caitiff and Thin Bloods, call Charm City home. But very few of the larger clans, or organizations, maintain much power or organization there. The city is an open book, ready for the stories from all types of Kindred to be written upon it.

Exiled Princess and methuselah, Eleanor seeks to return home and claim the kingdom that was lost to her. A power in Philadelphia already, she requires more resources, and a secure port to transport her army from. Ancient, cunning, and as deadly as she is beautiful, Eleanor is a challenging rival to Vitel for control of the future of Baltimore's nights.

The Camarilla never really had much a foothold in Baltimore, but they did manage to take the city in 1990. Their victory was short-lived, however, as in 1999 they were driven out by the Sabbat. Sabbat power degraded in the region, but the Camarilla never fully returned.   In the present nights, the Camarilla maintains a slim foothold in the Inner Harbor, through their international operatives in the World Trade Center. They have increased their presence recently due to Baltimore's strategic value in the face of increased power on the part of Marcus Vitel. But even so outside the Inner Harbor their grip is practically non-existent, and they are even met with hostility. They are led by Juan González

The Anarchs dont have any official organization within the city, but Baltimore is considered an Anarch city at present. Charm City Anarchs are made up of dozens of petty, minor competing domains or factions, some localized down to a single city block, a dark mirror of the gang life that plagues the city during the daylight.   If these many factions could be united behind a single Anarch cause, they would be a force to be reckoned with. But for the time being no single leader has managed to overcome the many differences that divide the city.

The Sabbat lacks any real sense of organization within the city. But they do still prowl South Baltimore in roving gangs at night, preying on unwary Kindred and Kine alike. If there is a sense of control over the Sabbat, it lays in the hands of Andrei Albescu.

Though they have no official foothold in the Baltimore, Marcus Vitel has proclaimed himself Emperor, and DC is but an hour's drive away. There are whispers that his agents already roam the outer limits of the city at night, and he is sure to try to make a move on the city in the future

The Toreador have always believed in Baltimore. They were there, behind the cities rise over the centuries, and they have clung on as it has fallen. They keep the arts alive in Baltimore, funding the Baltimore Symphony Orchestra, the Baltimore Art Museum, and more. They make their headquarters in the Walters Art Museum, and are a large force behind enforcement of Elysium in the city, ironically along with the Nosferatu. They are led by Primogen Lucien Corbin.

The Brujah, like the Toreador, have always had a vested interest in Baltimore. They resisted the Sabbat, even when the Black Church ruled the city, and they take pride in supporting the day to day struggle of the people. They have fared the best of all the clans over the Baltimore's decline. They cling jealously to Fells Point, ruthlessly hunting down Kindred of any other clan who dare to hunt within its borders. Led by Primogen Charlie Rutter.

The Tremere keep mostly to themselves. It is well known that they maintain a base within Fort McHenry, but exactly where it is or how they have hidden it remains an enigma. They have been known to hire themselves out in ones and twos to the factions in the city for their Thaumatology. Led by Primogen Sarah Barnes.

The Hecata are a new organization within the modern nights. They are trying hard to establish themselves, and see Baltimore as a blank slate, pouring money and Kindred into it more than any other faction. They operate out of the Horseshoe Casino, but have also moved into the docks, and have begun to press the Sabbat for South Baltimore. Led by Paulo Giovanni.

The Ventrue run Camarilla operations within the city, but they also have their own agenda within Baltimore. They run the Inner Harbor with an iron fist, and have many ties to the city government. Led by Juan González officially, but made of many competing members whom count on González to be too busy with Camarilla affairs to properly manage the clan.

The Nosferatu keep to the city from the shadows, and take an isolationist stance. They mind their business, but seem to also take an interest in the greater good of the city. They, more than any others besides perhaps the Toreador, help to enforce Elysium within the city. They stick almost exclusively to the sewers and catacombs, and yet seem to know everything that happens within the city. They are led by Primogen Bella Harland.

The Gangrel have a small domain in South Baltimore, built into the roofs and top floors of the abandoned rowhomes that litter the area. They have come into conflict with the Hecata, who have been attempting to expand into Gangrel territory from the Horseshoe Casino. 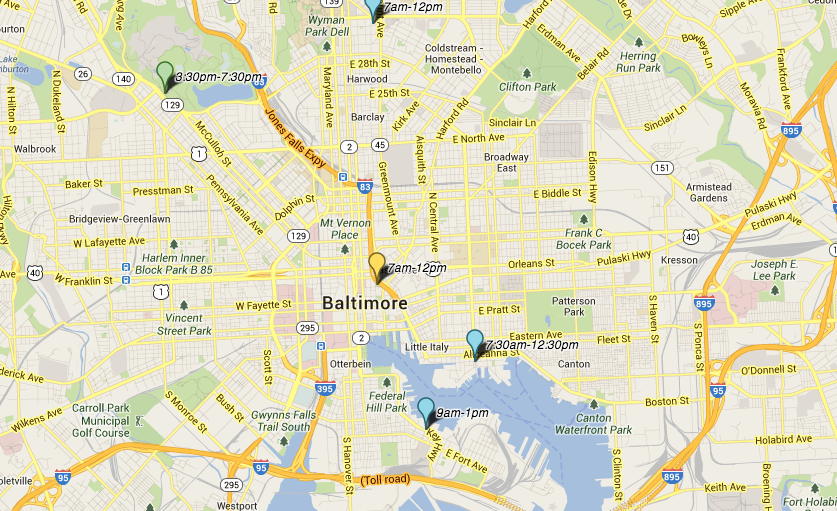