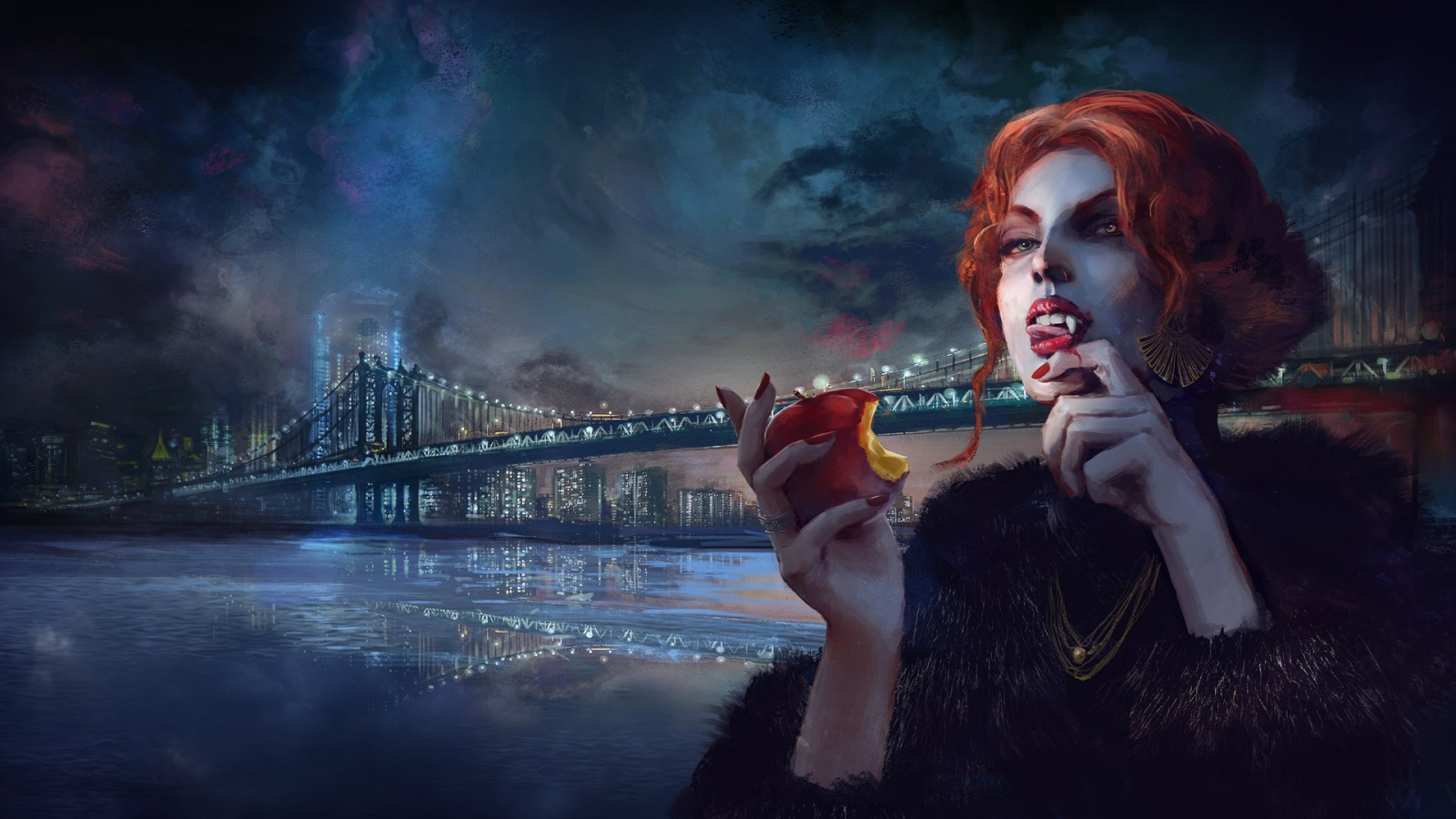 Count Lucien Corbin is a Plantagenet, Primogen of Canton, Archon of Baltimore, and Keeper of Elysium. While not one to seek out power or responsibility, the ever flirtatious party boy perpetually finds power and responsibility forced upon him. He's not one to care about bloodline, clan, or even species, managing to make friends with all manner of individuals. The French ex-Toreador even dated a werewolf for a brief time, with other Garou expressing interest in him. While ever polite and agreeable, Lucien possesses a quick temper, especially when defending those he considers friends and family.

He currently lives in Baltimore, possessing various havens scattered throughout. He is a leader in the city's Night Scene, owning several clubs and bars and showing no sign of slowing down. However, his excessive duties tend to keep the Count too busy to truly enjoy the successes of his clubs and his success as an exquisite painter. His nightly duties often consist of sending him on missions to protect the city, hunts to thwart violators of City and Elysium laws, and ruling and safeguarding his domain.   He has yet to Sire, but he has an adopted Childe named Theodore Jackson, a young Ocasta who was illegally Embraced and left to fend for himself. His Coterie insists of Theo, Lucien's former Ghoul and now Theo's illegal Childe Rebekah "Bex" Langley, and Lucien's fairy girlfriend, Persephone Blackwood. He is best friends with the Marshal, former vampire and now mage, Matt Drake, and Lazlo Dalca, the former Fiend of Baltimore, both of whom he considers his brothers. Another important figure in his unlife is Margo, the Siren of Baltimore, whom he considers his sister.

Count Corbin was born in 1789 on March 1st in Normandy, France. His father was a wealthy landowner. They possessed a massive farm close by the coast with a variety of livestock. Lucien and his twin sister, Juliette, spent much of their early lives together. They would spend time on the beaches or in the gardens, with Lucien often painting scenes from both while Juliette spent more time getting close to the animals. Both Lucien and Juliette took part in the social scene in the nearby town. Still, the Toreador took a great shine to it, finding himself the center of attention in almost every room. Still, the infamous flirt found himself in trouble often for sneaking into the local convent or seminary and seducing the nuns and altar boys within. While the targets of his seduction never seemed to mind, Lucien's father, as well as the local priest, made it their mission to beat the sins of Pride and Lust out of him. These continuous beatings would lead to Lucien's religious trauma, manifesting itself in psychosomatic symptoms as a vampire.   Lucien is repelled and burned by crosses and holy water. When the Count turned 18, he was conscripted in the Army of Napoleon, fighting on the frontlines for five years before one fateful order changed his life forever. Lucien's platoon received orders to burn down a village with civilians still trapped inside on the Austrian front. While the platoon complied, Lucien lost the conviction that they were on the right side of the war and faked his death to desert, fleeing to Vienna. In great despair over what had transpired, the Frenchman planned on taking his own life until he encountered the exquisitely beautiful Austrian Countess, Anja Eberling, a Toreador.   She was smitten with his beauty for a short time, but even more so the incredible talent he possessed as a painter. Still, the lust for life had faded out of Lucien, a fact which Anja quickly worked to rectify. She showed him the city, her art as a sculptor, even took him as a lover for a brief time. Slowly, the Frenchman regained his will to live, and the Embrace was offered to him, something he gladly accepted. Lucien's unlife would be a mix of happiness and sadness, yet his will to live has not faded since it had been restored. In a foolish attempt to reach back out to the sister he once knew as his best friend, Lucien wrote a coded letter, two years after his Embrace and seven since he last saw Juliette. He pretended he was in Paris but told Juliette not to look for him. His twin ignored the warning, of course, and came in search of him. Juliette wandered to a rougher part of town where she was brutally murdered in the street to Lucien's anguish. Lucien left Vienna, seeking to hunt down her killer, but the trail was cold before he even arrived, and Juliette's body was nowhere to be found.   Lucien's surviving family plummeted in the downward spiral soon after, his mother dying from the grief of losing her children and his father succumbing to the drink and gambling halls. The family fortune was squandered, and their home wasted away. Lucien's guilty conscience led him to decide to turn his thirst on the wicked of the world, hunting down those that preyed on innocents. The next phase of his unlife would involve his travels with Anja, as well as a forbidden romance with the Childe of Anja's rival, Chloe Bennet. The Childe, Samantha Bridges, and Lucien would find a spark between them that lasted for 28 years, the two even getting married. However, the happiness would not last, as Lucien's thirst for travel and adventure led him to want to move to America in 1870.   Unwilling to give up her forge and career in Europe, the two split, not seeing the other until very recent nights in Charm City. Lucien would open many clubs all over the country but settle in Seattle for the most part. After several years of living the wildlife, the Camarilla forced him, Matt Drake, and two others to investigate the disappearance of Seattle's Prince.   The investigation would result in a final battle between Lucien, the cowboy Brujah Mark Hendricks, and Matt Drake versus Jeff Bezos. Bezos had murdered the Prince and diablerized three Elders to gain his immense power. The battle was brutal, but in the end, the pretty boy Toreador killed Bezos and became the new Prince in the power vacuum. Disgusted with the Camarilla, Lucien turned the city Anarch, taking the title of Baron. After restoring the town to order, Lucien left to visit his friend Matt in Baltimore. Still, the vacation quickly turned into a more permanent posting, requiring Baron Corbin to take the title of Count to appoint another Baron in his place.   A few of his people have already made their way to join him, most notably the Lasombra twins Caleb and Micah. Due to saving their lives, the twins have pledged their undying service to the Toreador. They swore to protect him and all he owns with their lives, taking the title 'the Thorns of the Rose.'   At the ascension of Queen Eleanor of Baltimore to the new antediluvian of the Plantagenet clan, she issued a contest to the vampires of Baltimore. She sought champions of beauty, intelligence, and strength to be her methuselahs, the bloodlines of her clan. Lucien was chosen as her avatar of beauty.

Lucien tends to speak almost archaically, enjoying the patterns and mannerisms of his early life. He is a persistent flirt, and enjoys flowery language and flattery. At times, this facade abruptly drops, particularly when he is angry or focused on a mission. He possesses a very slight French accent, but can change accents at will for his disguises. He is extremely attractive and knows it, often expressing slight vanity and overconfidence.

Lucien was one of Persephone's (Waverly's) first friends in Baltimore. They began dating after Seph replaced the original vampire, but Lucien refused to leave her side despite the deception that precluded their relationship. Out of all the relationships in Baltimore, theirs was perhaps one of the most pure and devoid of conflict.   However, since Lucien's reembrace he has become cold and hard to her. Seph was desperate to salvage their relationship, but Lucien has little interest in changing anymore.   Finally, Persephone gave up - hardening herself against any future advances from anyone of Lucien's ilk.

Thomas and Lucien were already good friends before Lucien and Persephone Blackwood began to date, but after their relationship grew even stronger once Lucien began to court Thomas' daughter. Currently, the Gangrel and Toreador Primogens are bosom companions.

One Who Got Away (Trivial)

Lucien was Waverly's first friend in Baltimore, and her first ever crush... however, when the Dancers kidnapped her and sent a duplicate (Persephone Blackwood) to take her place, Lucien built a relationship with Persephone - not Waverly.   It did not help that before she was kidnapped, Lucien took her under his wing as his Childe to protect her from Waverly's Sire's close friend, Fiorenza following Kane's death.   After being rescued, Waverly feels not only snubbed by Lucien, but like he doesn't value the relationship they have/had as Sire and Childe. She is actively looking for a new Sire, and avoiding sleeping in the same haven as him at any given time. 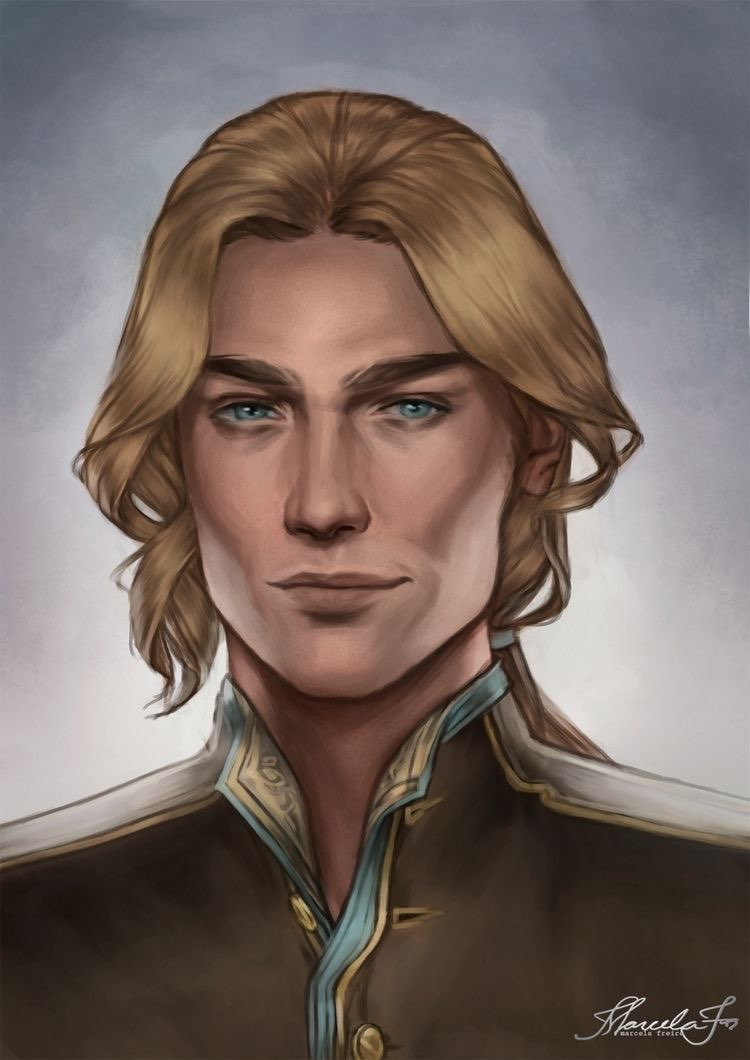